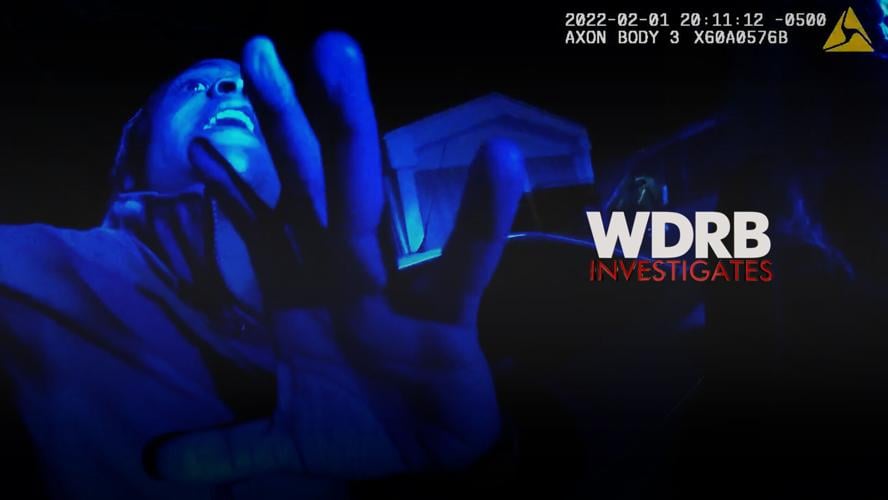 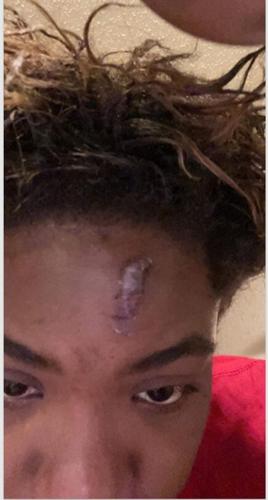 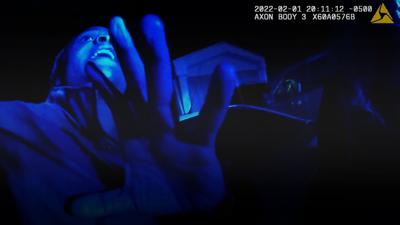 LOUISVILLE, Ky. (WDRB) -- After returning from a trip to Walmart earlier this year, Elayshia Boey was pulled over in her own driveway in McCracken County, Kentucky, for having a broken taillight.

Within moments, Boey, a 24-year-old pregnant woman, was "face-planted" into a cruiser and pinned to the ground by a sheriff's deputy, "with his knee planted in her back, crushing her, and her unborn child, beneath his full weight," according to a federal lawsuit.

In addition, Deputy Jon Hayden, who threatened to use a Taser against Boey, is accused of taking her to jail instead of the hospital, even though she was bleeding from her head and complaining of pain.

Only after a jail nurse refused to admit Boey — because of her injuries and being six months pregnant — did the deputy take her to an emergency room, according to the suit filed in April.

Attorney James Russell, who represents Boey with co-counsel Michael Smith, said Hayden approached the stop in "an aggressive fashion" that is not typical for a minor traffic offense.

"He certainly didn't try to deescalate the situation at all," Russell said. "A taillight started this situation and it ended with a pregnant young woman being face-planted into a vehicle. Obviously, something along the way there went drastically wrong."

McCracken County Sheriff Ryan Norman said the internal investigation into the incident was completed "within a few days."

"The response to resistance that Deputy Hayden was forced to use was investigated and there was no policies or procedures that were found to be violated," Norman said in an interview this week. He declined to talk about specifics of the lawsuit while it is pending.

Both Boey and her mother, Vanessa Jenkins, became "verbally aggressive" as soon as the deputy approached them, complaining they were being pulled over at their home for a minor traffic offense, according to arrest citations.

"While speaking with Boey, she was placing red tape over her taillight," according to her arrest citation. "I explained to Boey that this would not be sufficient. Boey then became more verbally aggressive."

Hayden accused Boey of resisting and then said Jenkins grabbed him to keep him from arresting Boey.

"After a brief physical struggle, Boey was then placed on the ground by physical force to gain control and compliance," according to the arrest citation. He shoved Jenkins off him, and she fell to the ground.

Boey and Jenkins were both charged with felony assault of a police officer, among other charges. They are scheduled for trial in November. Both have pleaded not guilty and been released on bond.

Asked if Boey and her mother's actions prompted the officer's response, Jenkins said "absolutely not," noting that Boey did in fact identify herself as requested and the officer was not assaulted.

According to Hayden's body cam video obtained by WDRB News, Boey had pulled into her driveway and was at the back of the vehicle putting tape on the taillight when Hayden pulled in behind her on Feb. 1.

"I'm coming to pull you over," Hayden said as he walked up to her.

"For a taillight?" she asked.

When Boey spoke to her mother, standing next to her, instead of the deputy, he asked, "Do you want to get cited today because you are already off on a bad way?"

Both Boey and Jenkins claimed Hayden was confrontational as soon as he approached them. After briefly arguing about whether the tape would fix the taillight, things quickly escalated.

When Boey loudly told the officer her name, he tried to spin her around to arrest her. Jenkins pleaded with the trooper to stop, telling him Boey was pregnant.

"You're fixing to get tased," the deputy told Boey as she struggled.

"I'm not doing nothing," she yelled.

"You don't have to do her like that," Jenkins screamed as the body camera goes black, apparently having been dropped to the ground.

"Get off of me," Hayden then says.

"We are not fighting you," Jenkins yells. "She is pregnant. You don't have to do this."

At this point, there is only audio as both women scream and sob.

The lawsuit alleges Hayden ignored the screams and pleas of both women and "with no other option, Jenkins tried to pull Hayden off her daughter and unborn grandchild. Hayden turned his attention away from Boey long enough to slam Jenkins to the pavement and cuff her."

A few minutes later, after both women had been arrested, Hayden puts his body camera back on. His audio shuts off twice when he explains to other deputies what happened.

Later, Hayden's conversation with the jail nurse and the nurse's evaluation of Boey are also not audible on the body camera.

After the nurse looked Boey over, Hayden took her to the hospital.

Boey has a scar on her forehead and is still suffering emotional trauma, but her baby is healthy, Jenkins said.

The lawsuit is seeking unspecified monetary damages and a jury trial.