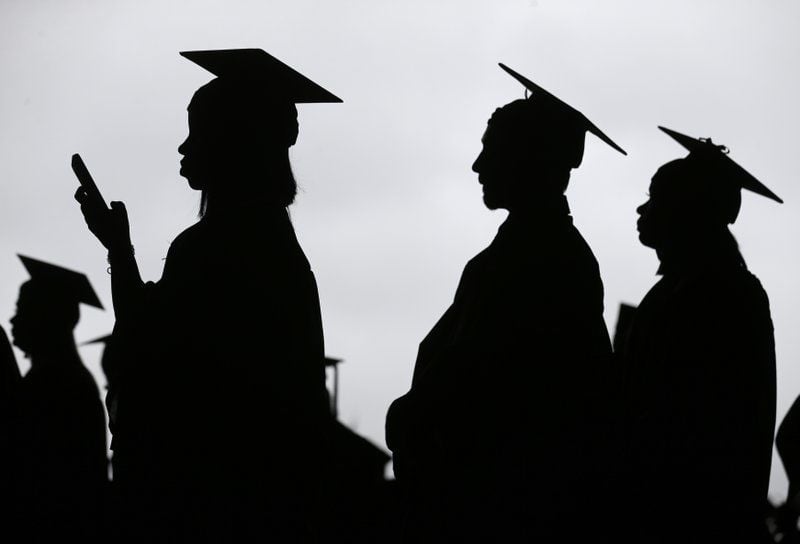 FILE- In this May 17, 2018, file photo, new graduates line up before the start of the Bergen Community College commencement at MetLife Stadium in East Rutherford, N.J. (AP Photo/Seth Wenig, File)

FILE- In this May 17, 2018, file photo, new graduates line up before the start of the Bergen Community College commencement at MetLife Stadium in East Rutherford, N.J. (AP Photo/Seth Wenig, File)

LOUISVILLE, Ky. (WDRB) -- Meade County High School is planning a graduation parade for its 2020 seniors as it works on tentative plans to hold a traditional ceremony in July or August.

School officials announced the Class of 2020 "Commencement Cruise," in a Facebook post and letter to students and their families from Superintendent Bill Adams on Tuesday.

Kentucky schools have been closed since mid-March at the direction of Gov. Andy Beshear. Large public gatherings have also been prohibited since the start of the COVID-19 pandemic in an effort to slow the spread of the respiratory virus.

"We have worked with senior leaders and health officials and together we developed a ceremony that will celebrate our graduates now and give them hope for a traditional ceremony at a later date if safety guidelines permit," Adams said in the post.

The superintendent said a survey was sent out to seniors asking for their thoughts on a parade or drive-through plan for graduation. The response was that seniors wanted "some type of recognition now and an opportunity to have a traditional ceremony at a later date, if one could safely be held," the post read.

The "Commencement Cruise" will be held Friday, May 22 at 7 p.m. and involve "graduates and their families, together in one vehicle, and MCHS staff." Adams said seniors and their families should plan on arriving at the school "no earlier than" 6:30 p.m. on the day. Graduates are being encouraged to decorate their vehicles for the parade. The 2020 Commencement Ceremony will be broadcast on WMMG during the cruise, Adams said, in addition to a live stream for those who may be unable to participate.

Seniors will receive specific instructions about the "Commencement Cruise" during Senior Item Pick-Up this Saturday, May 9, at the high school.