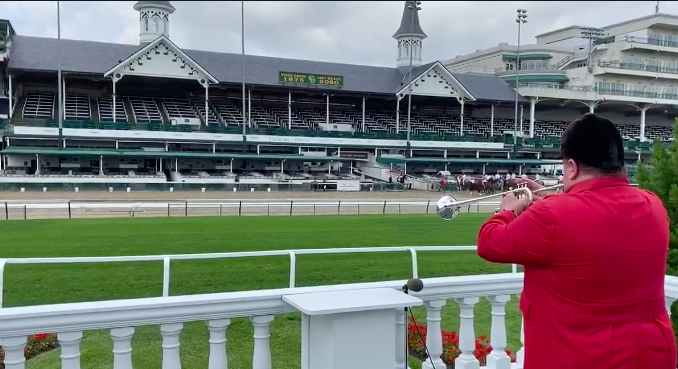 Churchill Downs bugler Steve Buttleman played the call to post as horses walked onto the track for the first race of the spectator-less 2020 Spring Meet. 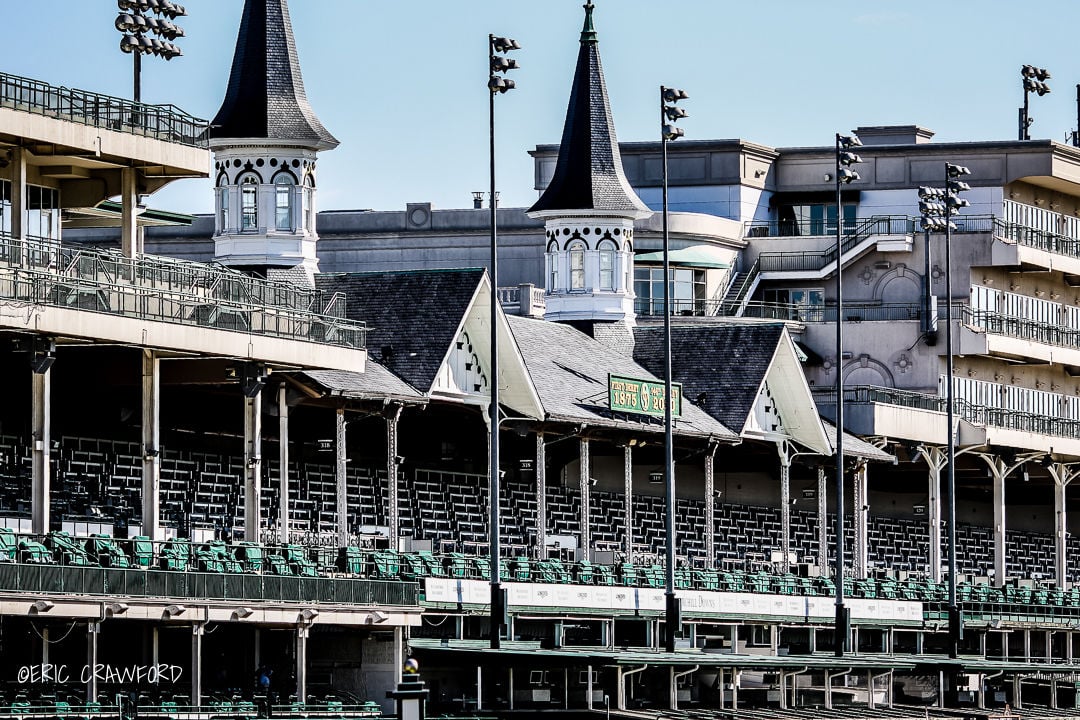 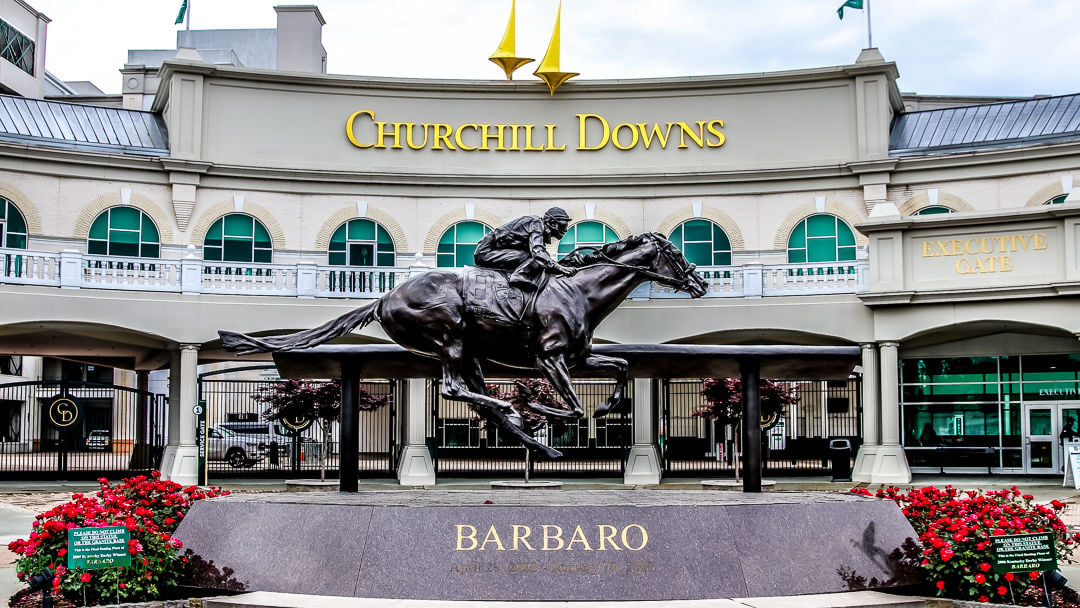 Churchill Downs bugler Steve Buttleman played the call to post as horses walked onto the track for the first race of the spectator-less 2020 Spring Meet.

“We’re still well under the capacity that we’ve discussed with the governor. But we’ve stopped (selling general admission tickets) anyway because we want to make sure first and foremost that when our customers come to the event, that they feel safe,” Carstanjen told stock analysts on the company’s quarterly earnings call.

Carstanjen said the Sept. 4 Kentucky Oaks and Sept. 5 Derby will have “significantly fewer” spectators than normal, though he provided no numbers on Thursday, saying more details will be released “in the coming days and weeks.”

Churchill Downs has been tight-lipped about how many people will attend the Derby – which normally draws about 150,000 – and Oaks. Beshear also hasn’t shared what exactly his administration will allow, and the governor’s office did not immediately respond to a request for comment on Thursday.

Churchill Downs said on June 25 that one change would limit seatless general admission fans to the 27-acre infield in the middle of the racetrack.

Unlike in previous years, fans without a reserved seat will not be allowed to roam areas such as the paddock on the front side of the track.

Cartsanjen the company has already sold “a bunch” of general admission tickets but didn’t say how many.

Churchill Downs Racetrack President Kevin Flanery told reporters in June that the track has about 60,000 reserved seats, so most of the usual 150,000 Derby attendance is general admission.

“Significantly reducing the size of the crowd” is an “important step” to be able to hold the Derby with spectators amid the coronavirus pandemic, Carstanjen said Thursday.

He warned Wall Street to expect “lower financial results” from Derby week as ticketholders have been allowed refunds or rollovers to 2021 and some businesses are delaying their sponsorships to the 2021 event, though he did not provide figures.

Churchill Downs said moving the Derby from its normal first Saturday in May to Labor Day weekend cost the company $149 million in revenue during the April-June quarter.

“We’ve turned it off until we really understand and are comfortable with what will happen if we turn it back on,” he said.