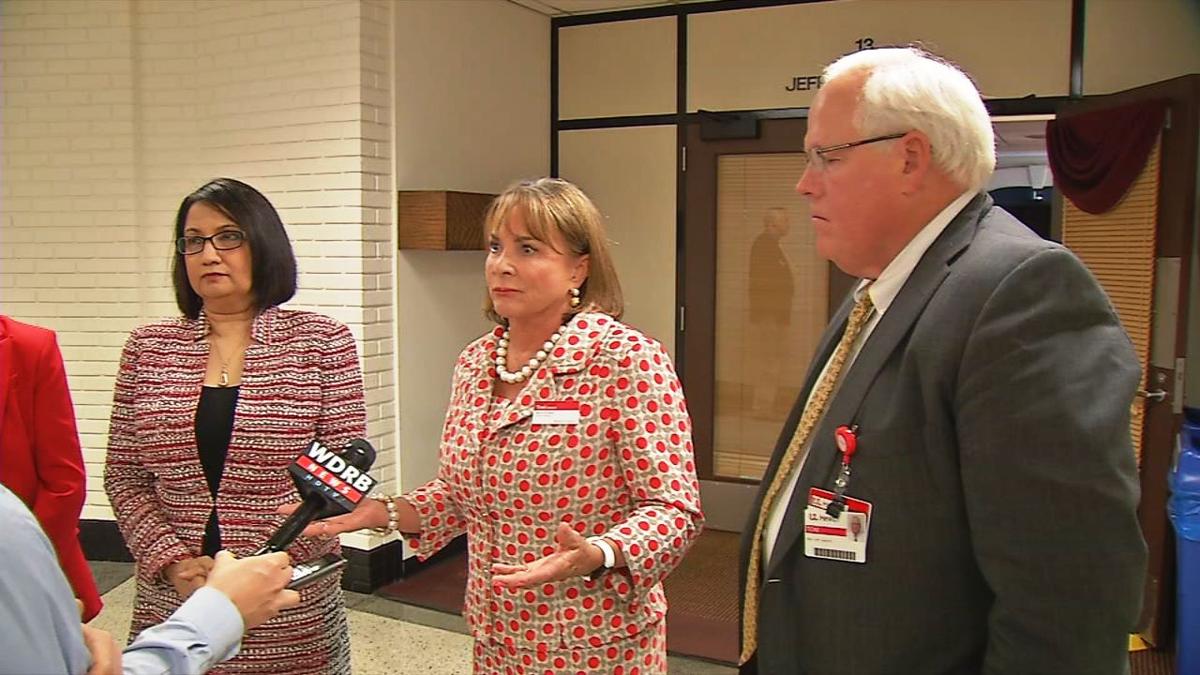 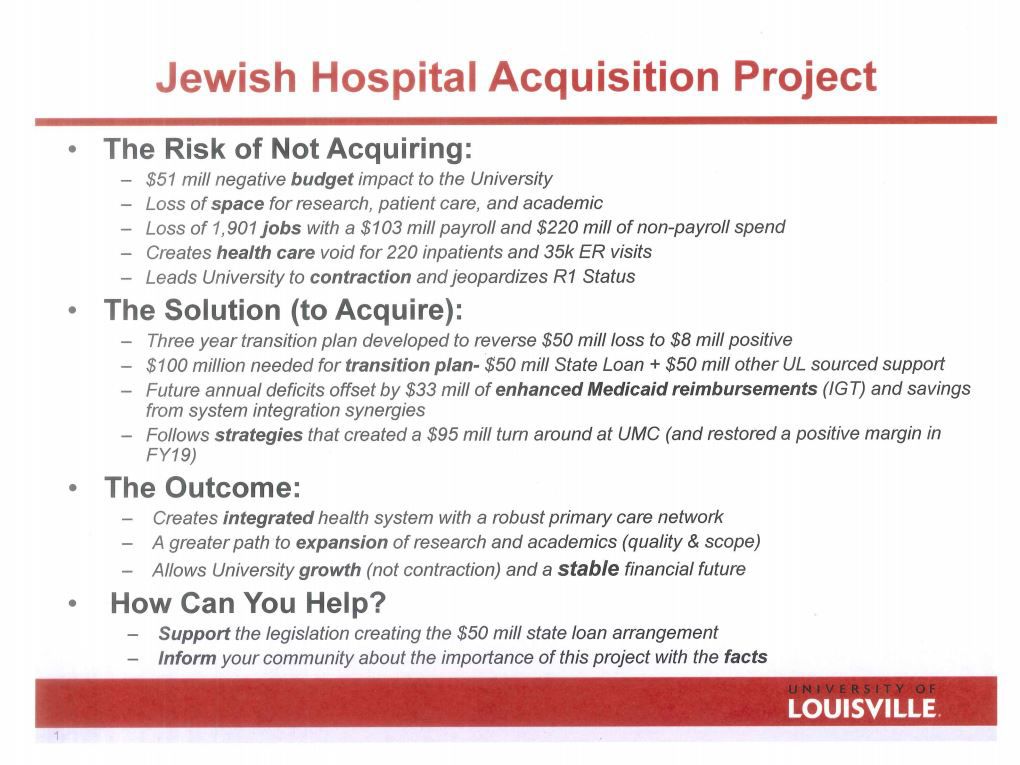 LOUISVILLE, Ky. (WDRB) – Today, the University of Louisville’s academic medical center is about twice as big as it was yesterday, as the university officially assumed control of KentuckyOne Health’s Louisville-area assets, including Jewish Hospital.

But a key piece of U of L’s financial plan remains up in the air: a $50 million, partially forgivable loan that the university hopes the state legislature will approve in early January when lawmakers reconvene.

“We really, really need that loan; we truly do,” U of L President Neeli Bendapudi told WDRB on Thursday, saying there is no other way for the university to absorb KentuckyOne Health’s operating losses while the university works through a three-year plan to make the system profitable.

The KentuckyOne Health properties lose about $50 million a year as a group, and U of L projects it will take three years to break even, aside from tens of millions of dollars in facility upgrades.

Without the $50 million, “We wouldn’t be able to do any of the things that we needed to do, which means the turnaround time would be much farther out and it would put the university in a very, very difficult position,” Bendapudi said.

While supported by the Republican leaders of the state House and Senate and Gov. Matt Bevin – who is up for reelection on Tuesday – there is no guarantee lawmakers will approve the $50 million.

On Thursday, U of L chief financial officer Dan Durbin implored the board members of the university’s nonprofit foundation to “influence the proper people” to support the loan.

Durbin circulated a one-page memo of talking points about the deal:

Yet, the official who now heads the combined health system, U of L Health CEO Tom Miller, appeared to contradict U of L’s public stance on the necessity of the $50 million by referring to it as a “backup” plan in a secretly recorded private meeting in August.

Bendapudi told WDRB on Thursday that she thought Miller was trying to reassure the audience, a group of KentuckyOne Health doctors.

“I think he might not have said it well … (he) was trying to make sure that people were not panicking,” she said.

State Sen. Morgan McGarvey of Louisville, the leader of the Senate’s minority caucus, has expressed skepticism about U of L’s plan – in fact, he thinks the university may be vastly understating the capital needs at aging buildings like Jewish Hospital.

McGarvey said Friday that he would “probably” support the $50 million loan if he had to make the call immediately.

“We cannot afford to lose the mission of U of L Hospital or the doctors it brings. I think we what we have to do now is, we have to examine the deal and closely look at all the financials and ensure whatever the university is asking for will keep that mission alive,” he said.

Other lawmakers have questioned the support for a hospital deal in the state’s most prosperous metro area while struggling rural hospitals aren’t getting state money to survive.

While U of L says it needs the $50 million, the university also agreed to close on the KentuckyOne Health today without assurance that lawmakers will approve the funds in only a few months.

“It defies logic to close the Jewish Hospital deal before securing the $50 million taxpayer-subsidized loan - subject to uncertain legislative approval months from now - and also claim the loan is vital to make the deal work,” said Andrew McNeill, a former deputy budget director in the Bevin administration and now the Kentucky director for Americans for Prosperity, a conservative advocacy group.

Bendapudi said Thursday that KentuckyOne Health’s parent company “insisted” on closing the deal today, so a delay until 2020 was not feasible.

U of L is inheriting about 5,500 KentuckyOne Health employees as part of the deal. That includes about 1,900 at Jewish Hospital who would not have a job today but for U of L’s intervention, Durbin told the foundation board on Thursday.

Durbin said the closure of Jewish Hospital, where U of L doctors run organ transplant programs and perform medical research, would have been disastrous for the city and the university alike.

Here are the KentuckyOne assets that U of L has acquired, all of which will be re-branded as "U of L Health":

· Our Lady of Peace;

In downgrading U of L's debt, Moody's Investor Service cited "credit challenges" stemming from the university's big foray into healthcare.