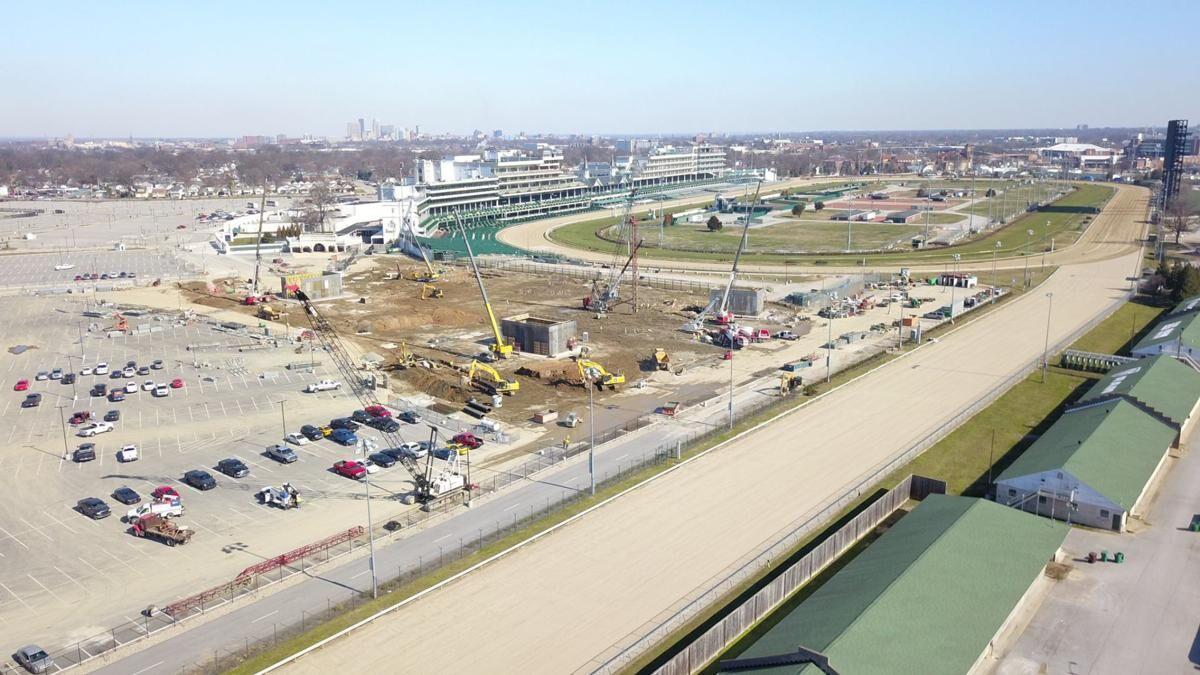 Churchill Downs began work in late 2019 on a $300 million expansion of its Louisville racetrack, which would have included a hotel, additional seating and a gaming venue. But on April 22, 2021, the company said it was scrapping the project, which it had paused during the pandemic. 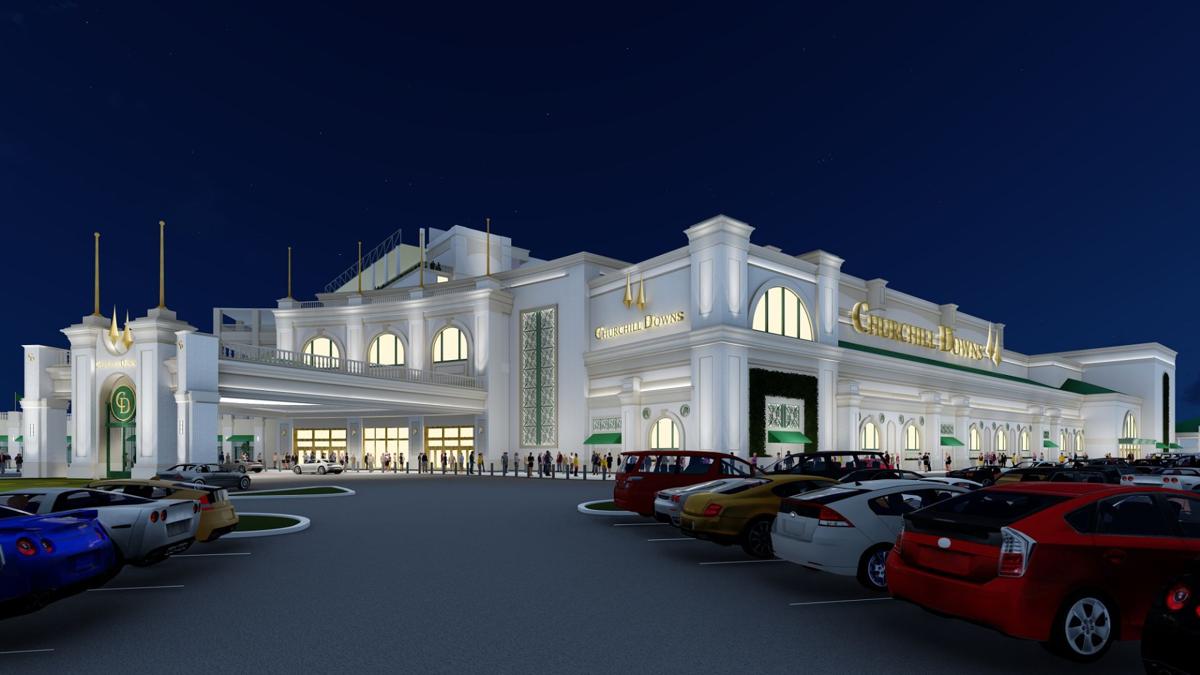 Churchill Downs began work in late 2019 on a $300 million expansion of its Louisville racetrack, which would have included a hotel, additional seating and a gaming venue. But on April 22, 2021, the company said it was scrapping the project, which it had paused during the pandemic.

And while the company wants to build a second Louisville venue with gaming machines like those at its Derby City Gaming venue on Poplar Level Road, executives are rethinking whether the gaming venue should be at the racetrack or elsewhere, such as downtown Louisville.

“We may decide to build a hotel at the racetrack in the future, but now is not the right time,” CEO Bill Carstanjen said on the company’s quarterly earnings call Thursday. “We think we have excellent, alternative projects that offer better returns on our capital over shorter periods.”

Churchill Downs broke ground in late 2019 on a building addition to the First Turn area of the track, which was set to include the hotel, a permanent grandstand with 4,700 new seats and a gaming facility featuring up to 1,000 slots-like historical racing machines, which have been a hit at the company’s two-year-old Derby City Gaming venue on Poplar Level Road.

Churchill Downs put the capital projects – which would cost $300 million in all – on hold last year amid the pandemic.

“We are excited about what is to come at Churchill Down Racetrack over the next three years, but we are not ready to share our detailed plans today,” he said.

In an email to WDRB News, Churchill Downs spokeswoman Tonya Abeln said the three-year plan for the racetrack “will involve some additional permanent seating but it will be reimagined from what was described in relation to the hotel. Those designs have not been finalized at this time but should be by next quarter.”

Speaking on the call, Carstanjen said the softness in the hotel market brought on by the pandemic changed the investment calculus for the hotel.

“There is a lot more risk in a project like that just because of the disruption of travel and movement around the country,” he said. “We think there are just better projects for us to do that are higher return, lower risk.”

Carstanjen reiterated Churchill Downs’ plan to add a gaming venue featuring the slots-like machines in Louisville, but the company appears to be rethinking whether it should be at the racetrack. Carstanjen suggested that it could be downtown, without elaborating.

“As you heard on the call, (Churchill Downs) is exploring where to locate the (historical racing machine) opportunity within Louisville,” Abeln said in the email.

Despite running at 60% capacity or less because of the pandemic, Derby City Gaming generated “record” revenue of $33 million in the first three months of 2021, the company said in its earnings release. The venue has 1,225 gaming machines that resemble slots, though only 728 were active as of February, according to the state horse racing commission.

“We believe the (Louisville) market will support a satellite facility that does not materially cannibalize Derby City Gaming,” Carstanjen said.

Churchill Downs has said it is licensed for 3,000 historical racing machines. On the call, Carstanjen said the machines must be within a 60-mile radius of the track at 700 Central Avenue, and that area "includes downtown Louisville."

Abeln did not directly answer when asked if Churchill Downs could add gaming machines at the racetrack and also at a third facility in the Louisville market. She said that would depend on state law and the consent of the state horse racing commission.

Meanwhile, Carstanjen said the company is looking at yet another expansion of Derby City Gaming, which opened in September 2018. Only two years later, the company added an outdoor patio with 225 additional machines at the facility.

“It is just a property that is not close to maturity yet,” Carstanjen said.