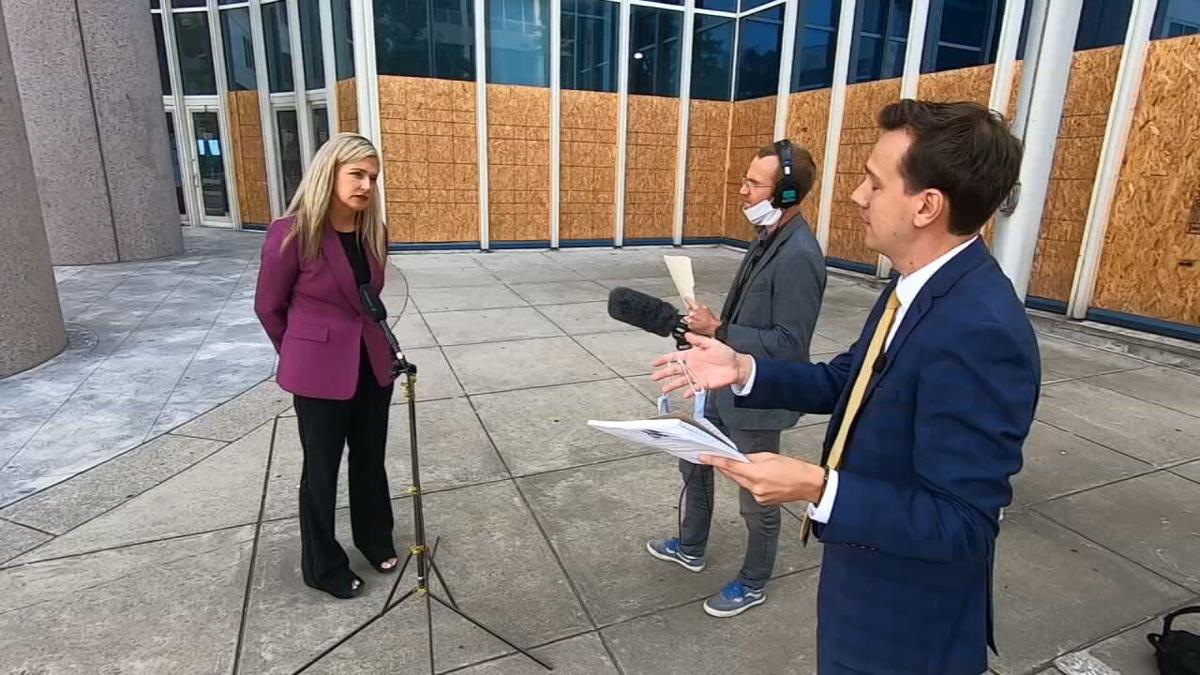 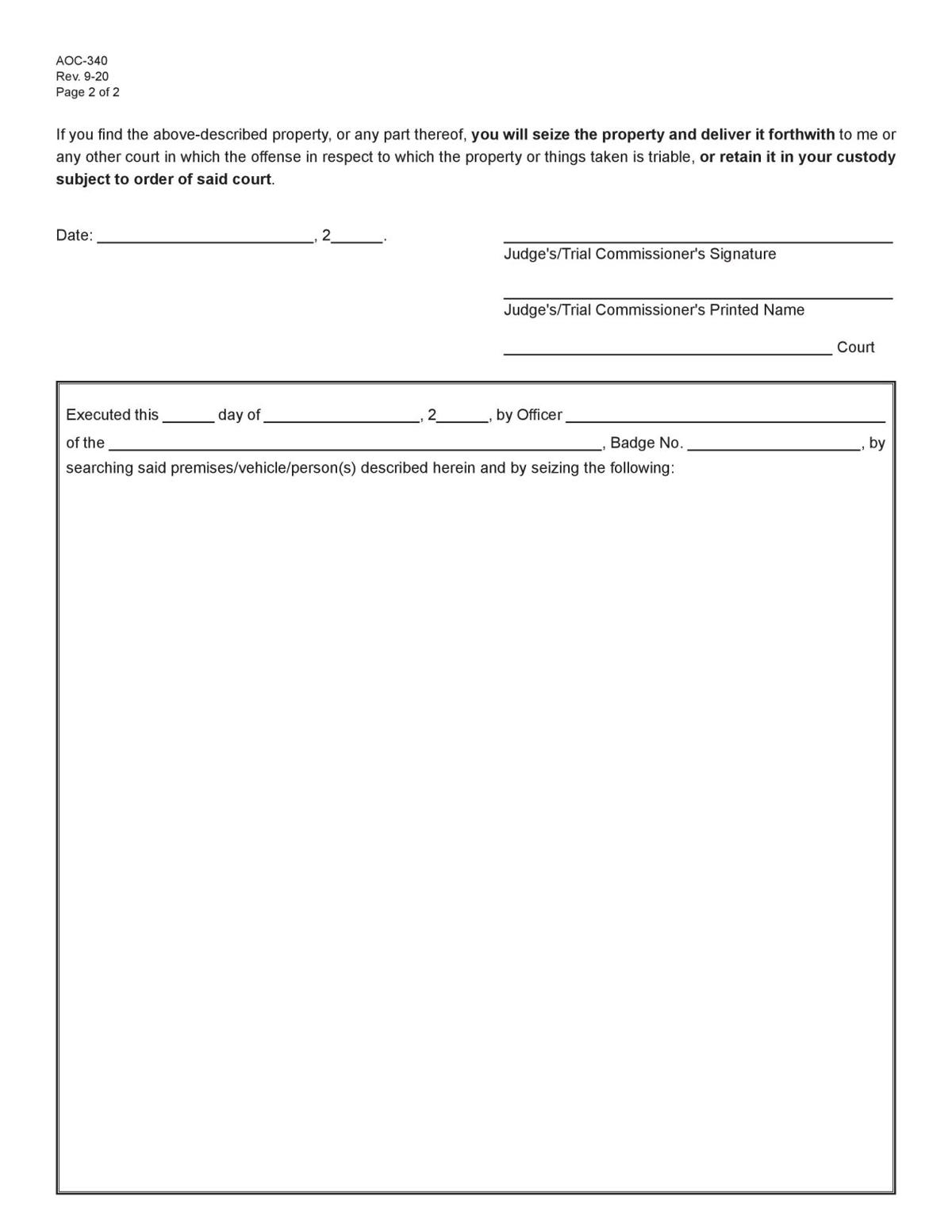 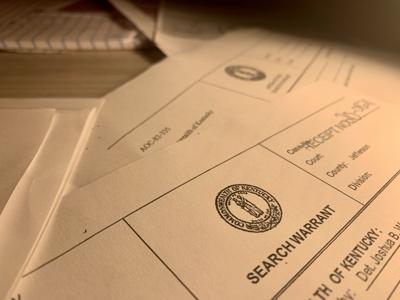 LOUISVILLE, Ky. -- Law enforcement agencies in Kentucky have a new way to bring more transparency to the process of obtaining a search warrant, but police in Louisville aren’t using it.

The Administrative Office of the Courts last month issued a revised search warrant form that provides designated space for judges to print their name below their signature. The previous form only provided space for a signature from judges asked to approve a warrant before it’s executed by police, and it’s often impossible to discern who signed the warrant, an investigation by the Kentucky Center for Investigative Reporting and WDRB News found.

Our investigation: Which Louisville judge let police raid your house? Most signatures are unreadable

The AOC made the new forms available to law enforcement agencies a few weeks after the report from KyCIR and WDRB. But court officials cannot mandate law enforcement use the forms. The Louisville Metro Police Department isn’t using the new forms, according to a review of recent search warrants at the Jefferson Circuit Court Clerk’s office.

An LMPD spokesperson didn’t respond to questions sent via email about why officers aren’t using the new forms. A state courts spokesperson said the forms are available on an online portal that is accessible to any law enforcement agency that uses court documents, and a “must-read alert” was issued when the new forms were rolled out.

“The updated form is the most appropriate way for the AOC to address any concerns the public may have about being able to identify which judge signs a search warrant,” said Leigh Anne Hiatt, spokesperson for the Administrative Office of the Courts. “This will ensure that the person receiving a warrant can readily identify the judge who signed it.”

Criminal justice experts and lawmakers agree that being able to identify the judge that approves a warrant is a simple, yet important, element necessary for transparency, accountability and trust.

“There’s an overarching integrity question here,” said Brian Gallini, a criminal law professor and dean at Willamette University’s College of Law. “It’s not just about the public being able to see it for themselves; it’s also about the cultural message on the government side, that we want to enforce public trust in law enforcement and the judicial system, at large.”

KyCIR and WDRB News reviewed 231 warrants executed by police in Louisville since January 2019 and found more than 70% included an illegible signature from a judge.

At the time, Jefferson Circuit Court Chief Judge Angela McCormick Bisig dismissed concerns about the inability to readily identify a judge on a warrant. Bisig, who can implement local policies as chief judge, argued instead that a person could discern a judge’s identity by examining other public documents from a specific judge’s court and comparing signatures.

After that report was published, however, Bisig said she met with other Circuit Court judges, officials from the Administrative Office of the Courts and Jefferson District Court Chief Judge Anne Haynie to discuss improving the public’s ability to know who signed  a search warrant.

“We want the public to have confidence in the justice system,” she said. “Our term of judges is supportive of taking steps (to) make sure our signatures are clearly identified on search warrants moving forward.”

The new search warrant form was a result of those efforts, and was made available to law enforcement agencies across the state, with the Kentucky State Police issuing a high priority notification to agencies on Oct. 8 — a week after court officials had rolled out the forms — that said the revised form “should be used immediately.”

“Of course” the police department should use the revised form, said Angela Cooper, communications director for the ACLU of Kentucky. The public should “expect nothing less than the highest standards of compliance and transparency,” she said.

“This is yet another example of LMPD failing to engage in best practices and transparent behavior,” she said.

No other agency in Jefferson County had filed a search warrant with the clerk’s office between Oct. 1 and Oct. 23, so it’s unclear if the more than a dozen other agencies in the county are using the newly revised forms.

Kentucky State Sen. Whitney Westerfield acknowledged that court officials cannot mandate that law enforcement use the new forms, but he said that shouldn’t stop agencies from using them.

Westerfield, a Republican from Crofton and chair of the Senate Judiciary Committee, said the new forms would eliminate any concern or question about which judge signed a warrant. Using the new forms is simple — “for reasons that are self-evident,” he said.

“We want to make sure warrants are lawfully issued and the only people empowered to do that are duly elected judges, and we need to be able to identify who made the ultimate decision on whether or not probable cause was present,” he said.

Westerfield’s colleague on the judiciary committee, Wil Shroder, a Republican from Wilder, is drafting legislation that would require judges' names to be clearly and legibly printed on search warrants.

Schroder said the public has a right to know which judge is signing search warrants. After hearing the Administrative Office of the Courts had revised the search warrant form, he was hopeful law enforcement agencies would use the new form.

“If everyone would just start using those there would not be a need for legislation,” he said.

But the criminal justice system isn’t one that’s quick to lean in to transparency, said Howard Henderson, a professor of justice administration at Texas Southern University. Because of that, he said, reforms must be legally mandated to be effective.

Henderson said it’s unreasonable to assume law enforcement agencies would take such steps on their own.

“One of the challenges that you have is this is a system that has never been forced to be transparent,” he said. “What you're asking for, and what should be done, is not a matter of tradition, a matter of custom or a matter of law.”

The police, however, should not bear all the burden of promoting transparency, said Gene Paoline, a criminal justice professor at the University of Central Florida.

“It’s got to be a dual criminal justice response,” he said. Judges should not assume their signatures are legible, Paoline said, but rather take it upon themselves to simply print their name next to their signature even if there is no designated space.

None of the judges responded to an interview request. And none of those six were printing their names before KyCIR and WDRB News published the report last month.

But now, next to their signature on search warrants, the judges’ names are legibly printed.

This story was produced in collaboration with the Kentucky Center for Investigative Reporting, a nonprofit newsroom by Louisville Public Media. See more of their work at kycir.org. This work was supported by a grant from the Fund for Investigative Journalism to KyCIR.