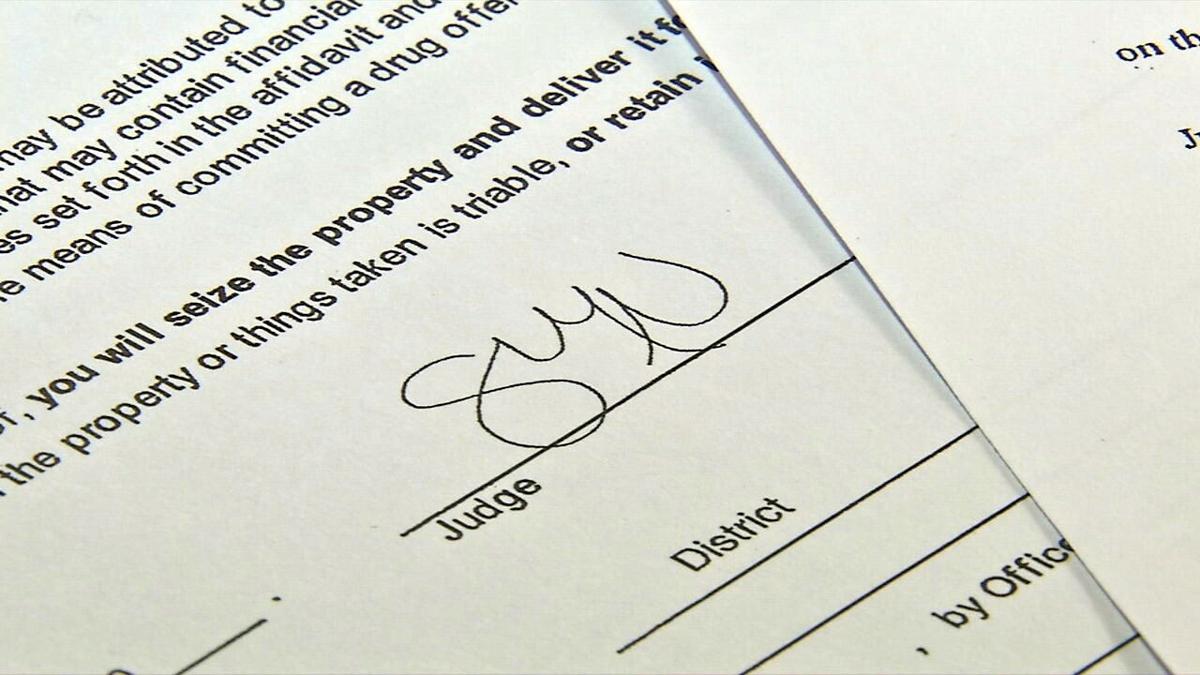 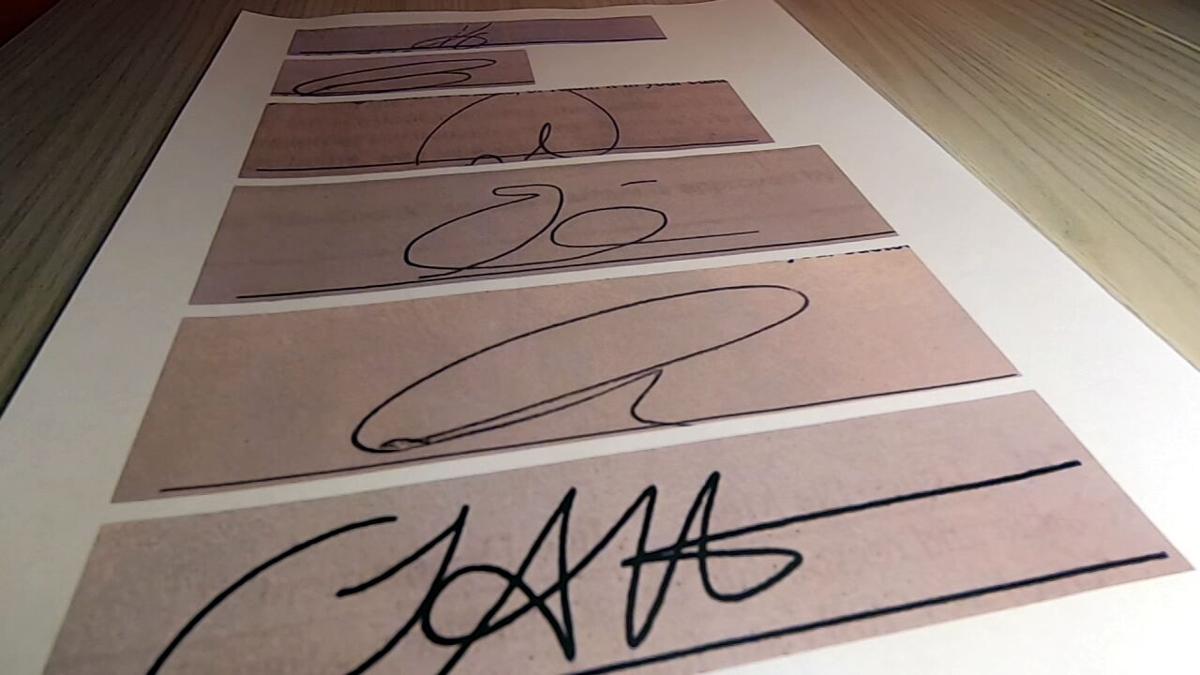 An analysis by KyCIR and WDRB found that, of 231 Jefferson County search warrants, more than two-thirds included an illegible judge's signature and no other way to identify the approving judge. These are examples of those signatures, taken from warrants we obtained. 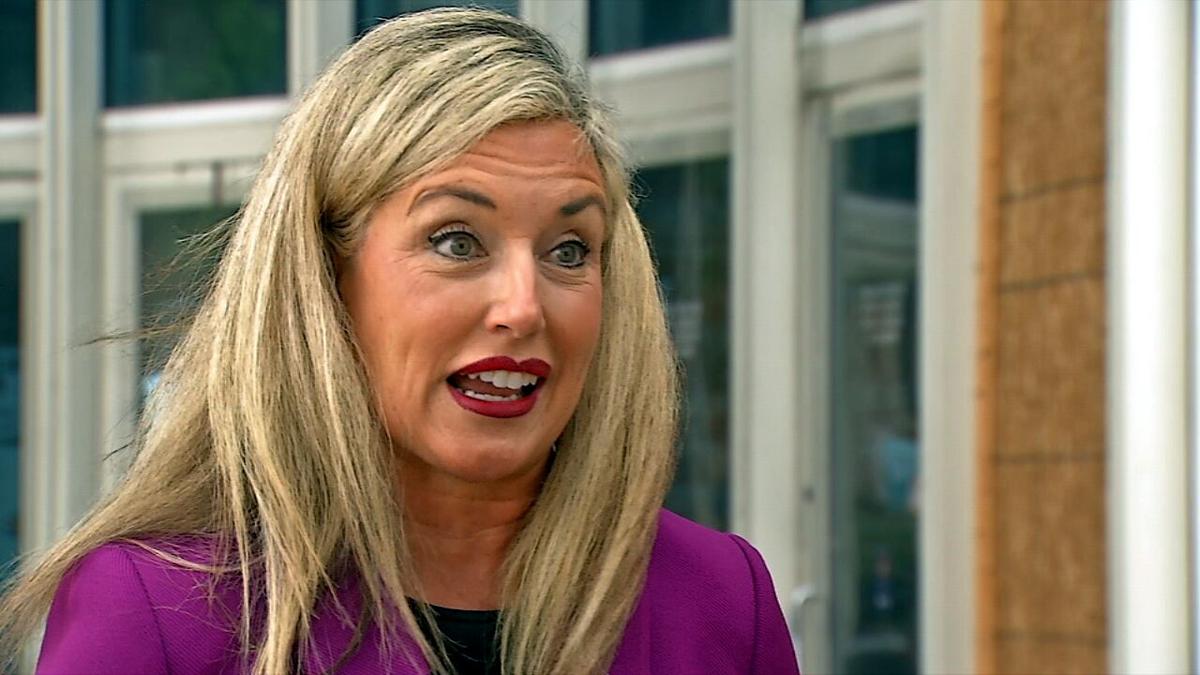 Jefferson Circuit Chief Judge Angela McCormick Bisig said in September that she saw no issue with judges not being readily identifiable by signature on search warrants. 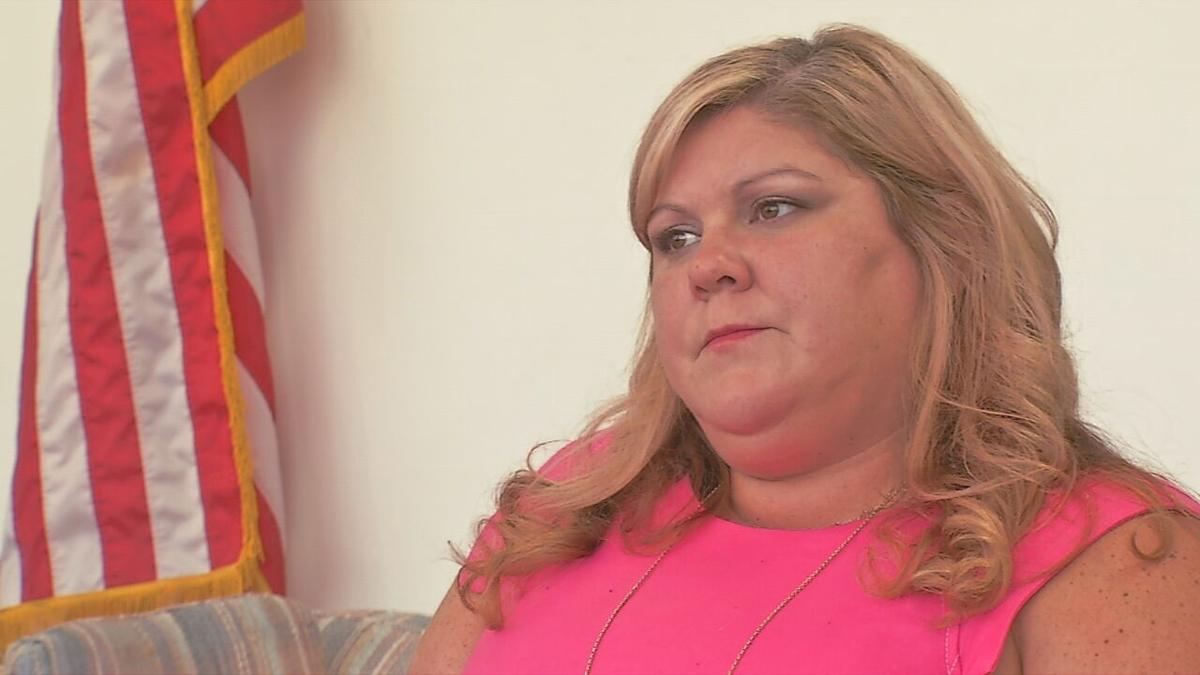 Jefferson District Court Judge Julie Kaelin is one of the few judges who make an effort to sign search warrants in a way that they can be immediately identified. 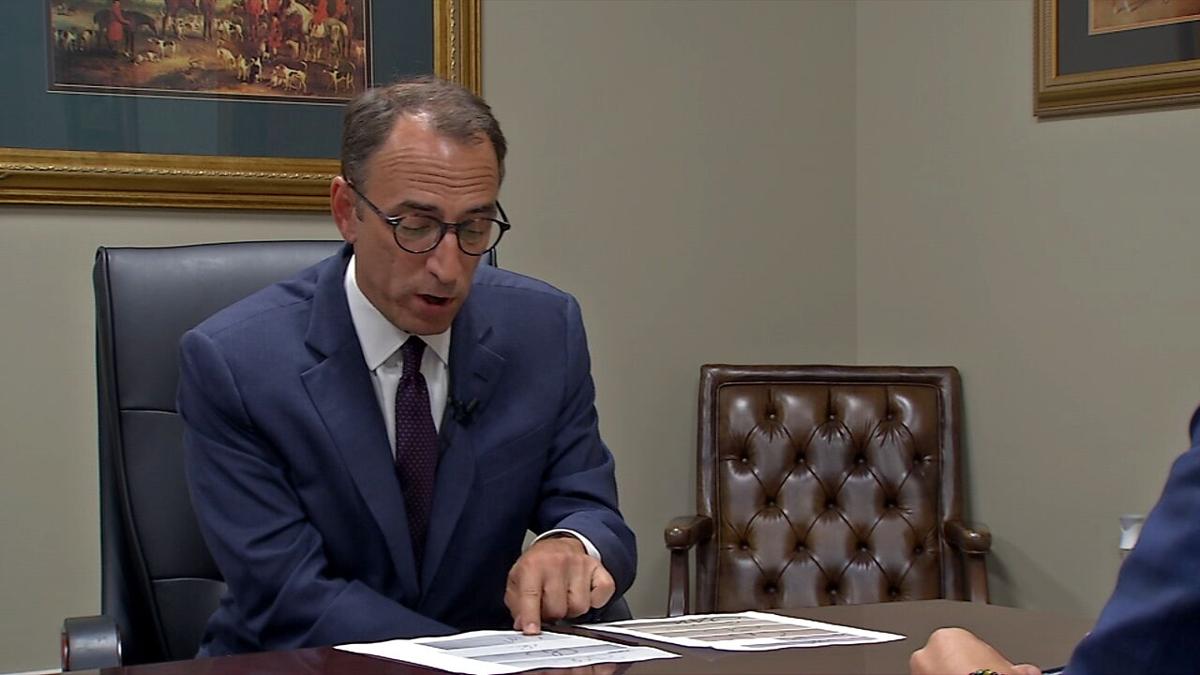 Ted Shouse is a longtime criminal defense attorney in Louisville. 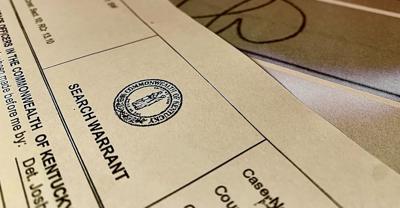 LOUISVILLE, Ky. — A Louisville Metro Police detective had a hunch that a man was selling heroin out of an apartment in the Russell neighborhood.

He didn’t know the man’s name. He didn’t conduct surveillance. But working from information provided by a confidential informant, the detective asked a Jefferson County District Court judge to give him the legal authority to search the man’s home.

The judge signed the search warrant at 4:30 p.m. on January 13. The next night, at 10 p.m., the detective and 10 other officers executed the warrant.

Charles King Jr., said the police “aggressively” beat on his door before they kicked it in, announcing themselves as they entered his apartment.

He asked to see the warrant, and he was surprised by the scant evidence listed in the one-paragraph narrative provided by the detective. He looked to see which judge signed the warrant, but couldn’t make out the signature.

“It was, like, scribble scrabble,” King said. “Like, I could kind of make out the first letter, maybe.”

King’s was one of 231 Jefferson County search warrants executed since January 2019 and examined by the Kentucky Center for Investigative Reporting and WDRB News. That review found dozens of flashy loops, “scribble scrabble,” and identical swirls derived from an electronic image file. Few judges took the time to sign their whole name. Only one printed her last name underneath her signature.

On the vast majority of search warrants — nearly 72% — the names of the judges who approved them were illegible.

King was ultimately charged with drug trafficking after police said on the seized property form that they found powder in a bag and “cutting agent” in his kitchen. His criminal case is ongoing. He still has no idea which judge approved the search.

“It was crazy,” he said. “I feel like they could have made their own warrant and signed it.”

With a judge’s signature, police can bust down doors, rifle through homes, search phones or computers and confiscate nearly anything they consider to be evidence of a crime. Judges in Louisville sign thousands of search warrants each year based only on the evidence police present within the four corners of the search warrant and affidavits.

But because so many of the signatures are illegible, those tied to the legal system and even some judges say more transparency is necessary to hold judges and police accountable — especially now, as trust in police and the criminal justice system is eroding.

In Louisville, the issue emerged after the signature on the search warrant of Breonna Taylor’s apartment was difficult to read. LMPD shot and killed Taylor, a 26-year-old Black woman and emergency room technician, in her home while officers executed a no-knock search warrant signed, though not legibly, by Judge Mary Shaw.

At least a dozen of the 30 Jefferson County judges do sign their names in legible handwriting, according to the warrant review.

And one, Jefferson District Court Judge Julie Kaelin, takes the extra step of printing her name beneath her signature.

The reason is simple, Kaelin says — she wants to be transparent.

“It is problematic to not be able to look at a warrant and see which judge signed it,” she said. “I don’t want anyone to ever think I’m hiding behind an illegible signature.”

Kaelin, who was elected to the bench in 2018, said the point of presenting a search warrant to a resident is to show that judicial authorities have legitimately approved the search, which she said is an invasion of privacy.

“How can they tell if it’s legitimate if they can’t tell who signed it?” she asked.

Jefferson Circuit Court Chief Judge Angela McCormick Bisig disagrees that the readability of the signatures matters. As chief judge, Bisig oversees the other judges and can waive rules or implement local policies.

In an interview, Bisig dismissed the notion that judge signatures need to be legible, or clearly identifiable, on a search warrant.

“I don't see anything hidden or lacking in transparency,” she said. “I don’t believe a judge is going to sign a search warrant and no one will know that it’s them.”

“It’s clear who is signing each search warrant,” Bisig said. But even she could not identify signatures KyCIR and WDRB reporters shared with her from search warrants.

Since she was elected to the bench in 2002, Bisig said her own signature — like that of many other judges, she presumed — has evolved. It was readable, she said, but now “resembles a scribble.” She blames the volume of documents that judges sign each day.

Ultimately, she said the identity of a judge can be determined by examining other public court documents from a particular judge’s cases and comparing signatures to find a match.

“At some point, you would know,” she said.

The Jefferson Trial Court Administration office knows, because the court clerks maintain a key that matches all judges to their signatures.

But the administrator, Carla Kreitman, refused to provide a copy of the key. She said it was an “internal list for the clerk's use.”

The Office of the Jefferson County Circuit Court Clerk also refused to provide a copy of their database of search warrants, claiming the “informal index” is not a public record, and to make public would require a “great deal of time” redacting information.

When told the clerk’s office wouldn’t share those documents, Bisig said, “I know the judges believe it's public; anybody can see it. There's nothing hidden about any of our signatures.”

Bisig wonders “what difference [the signature] would make, in terms of if the document was valid.”

But because unreadable signatures make it nearly impossible to discern which judges sign warrants, KyCIR and WDRB’s review can’t determine whether police more often obtain warrants from specific judges. Police in Jefferson County can approach any judge they choose when they’re seeking a search warrant, and some judges have rebuked calls for safeguards that would deter the practice of “judge shopping.”

Shouse has practiced in Louisville for more than 20 years, and he couldn’t identify any of the judges’ signatures shared with him by WDRB.

Not being able to determine that, he said, can be a hurdle for people trying to defend themselves in court.

“Transparency is supposed to be the norm in a criminal proceeding,” he said.

He noted that his signature is also akin to chicken scratch.

But underneath, he writes “Theodore S. Shouse.”

Breonna Taylor’s death came as police carried out a sting operation authorized by five individual no-knock warrants, which allow police to burst into a person’s home without first knocking. Such warrants have since been banned in Louisville.

Sam Aguiar, an attorney for Taylor’s family, said he initially couldn’t tell which judge signed the warrant approving the raid of the 26-year-old’s apartment because the signature was illegible.

It was Jefferson Circuit Court Judge Mary Shaw. She signed seven of the warrants reviewed by KyCIR and WDRB.

Aguiar said warrants are difficult to read, and “it would be nice if they printed their names.”

“Our Circuit Court judges do excellent work, but we hope this case has shown there are some simple measures which could be implemented to afford more scrutiny into these warrants,” he said.

Shouse thinks it’s a no-brainer that people who are getting their homes searched should at least be able to know which judge approved that search. Addressing it, he said, would also be an easy fix: they’d just have to pass a local rule requiring printed names under the signature.

“What's wrong with knowing who and why and when and how?” Shouse asked. “What’s wrong with knowing those things? I don't understand why there's so much push back on this when that kind of transparency is what the court system is about in every other instance.”

The issue is not unique to Louisville.

In Texas, state legislators passed a bill in 2015 requiring that magistrate judges who approve search warrants sign in “clearly legible handwriting or in typewritten form with the magistrate’s signature.”

The measure was in response to a now-disbanded South Texas narcotics task force that falsified judges’ names on warrants using illegible signatures, then stole drugs, guns and other property from people, said its main sponsor, state Rep. Terry Canales.

Canales, an attorney, said judges’ names can be hard to decipher because they often review batches of documents. In his experience, he estimates that 75% of the judges he interacts with don’t have clear signatures.

“If I didn’t know who they were, I wouldn’t be able to read their signatures. I just know it because I’ve been practicing so long,” Canales said. “But the reality is the public doesn’t know, and so that creates a problem – especially when you’re dealing with something as dear and as important as the freedom from unreasonable searches and seizures.”

The Texas bill had the backing of police and lawyers’ groups. Canales said he’s aware of one case that led to a challenge over a judge’s signature.

And while the legislation only sought to bring transparency to warrants in Texas, Canales said it’s “sound public policy” that ought to be widespread to ensure that the actions taken by police are legitimate.

Warrants give authorities legal power to infringe on people’s rights, Canales said, and “in order to do that, I think we need to know where that authority flows from, and we should be able to identify that at that moment, instantaneously and in real time.”

Canales’s energy for change, however, is not shared by top Louisville judges.

Bisig said there’s no need to require judges to print their names.

“I think we all want the system and our government to be transparent, and I believe we are transparent,” she said. “I just don’t agree that there is something sneaky about who signs them.”

Kaelin, the District Court judge, said this is a small piece to the larger issue of reforming the process of obtaining search warrants, but fixing it could have a big effect on the public’s confidence in the criminal justice system.

“We’re accountable to the people,” she said. “It seems like such a simple, effective change we could make.”

This story was produced in collaboration with the Kentucky Center for Investigative Reporting, a nonprofit newsroom by Louisville Public Media. See more of their work at kycir.org.

WDRB’s Marcus Green, Jason Riley and Chris Otts contributed to this report. This work was supported by a grant from the Fund for Investigative Journalism to KyCIR.