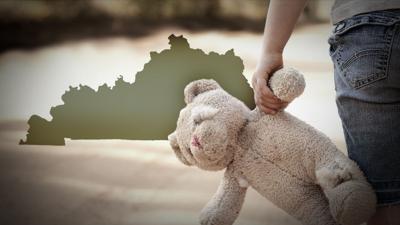 LOUISVILLE, Ky. (WDRB) – Kentucky social workers are failing to have courts properly scrutinize and approve the drastic step of taking some children from their homes, relying instead on blank removal orders with pre-signed judges' signatures, which is illegal according to several attorneys and judges.

The allegations, which involve cases of purported parental abuse or neglect, have prompted numerous complaints to judges and state officials.

They revolve specifically around the state Cabinet for Health and Family Services workers using pre-signed emergency custody court orders to remove children on weekends and after the courthouse has closed for the day.

While there is debate over whether the actions violate Kentucky law, state and local officials acknowledged to WDRB News that the practices aren’t ideal – and, on Friday, the cabinet abolished them. Workers now must send an order to the judge to see and electronically sign.

Previously, copies of the blank orders with signatures from Jefferson District Court judges were left at the Home of the Innocents on Market Street and filled in by cabinet workers – giving them the power to remove children without a judge reviewing the allegations written on the order or filling out other necessary documentation.

"The system that is currently set up allows for the social workers to call an on-call judge on the phone and then fill out the order themselves, a blank order with a judge’s signature on it," attorney Karen Faulkner said in an interview before the March 15 policy change. "Children are being illegally taken from their home without judges’ proper authority."

In some cases, attorneys and some judges claim cabinet workers have used blank copies of the pre-signed child removal orders to take kids from their parents, only later filling in the allegations and other items on the order. The judges and attorneys for the parents don't see the orders until a hearing three days after the child has been removed.

At least one local district judge, Julie Kaelin, said she has refused to follow the practice, saying it is violating the law.

According to state law: "In no event shall a child be removed pursuant to KRS 620.060 only on a verbal order."

Another district judge questioned the legality of the pre-signed orders and confirmed that "blank orders" with only a photocopied signature have been used to remove children.

"That is a gross miscarriage of justice that should not happen," said the judge, who asked to remain anonymous because she was not authorized to speak about the issue. "That’s on the cabinet."

In addition, cabinet workers have allegedly called judges after hours and told them about the need to remove one child from a home, but then used multiple copies of pre-signed emergency custody orders to take more than one juvenile.

Chief Jefferson District Court Judge Anne Haynie acknowledged that she believed this has occurred at least once, saying "a cabinet worker did something they shouldn’t have."

However, she denied that cabinet workers or judges are violating the law by using the pre-signed orders and phoning on-call judges to get authorization to remove a child.

"It just means they have to have some form of an order," she said. "That’s all verbal means. I know there are some lawyers that believe that means in person, but that does not mean in person."

High-profile defense attorney Thomas Clay said he is currently consulting with a family that had three children removed from a home – including a 6-year-old and 3-year-old -- even though a cabinet worker only mentioned to a judge the need to remove one child.

The cabinet worker allegedly filled out three pre-signed forms to remove all of the children.

"It certainly raises issues of whether the rights of parents are being violated," Clay said. "One of the most important decisions the system makes is whether to remove children from a parent."

Cabinet spokesman Doug Hogan said his agency has been following the procedures requested by Jefferson District Court judges, in part to "avoid the necessity of social workers going to judges' homes to secure their signatures."

In an email, Hogan said it has been "suggested" that stamps or photocopies of judges' signatures may be "inadequate" for the emergency custody orders and the system is being changed.

As of March 15, Hogan said, the judges, cabinet and state implemented a new method to allow workers to send an order to the judge to see and electronically sign.

Asked if the cabinet has been breaking the law the way the process has been working, Hogan said "NO" in an email.

Hogan did not respond to a follow-up question about allegations of workers using blank pre-signed orders or taking multiple children without judicial authorization.

Haynie said there are multiple safeguards in place to ensure the process of removing a child after court hours is done correctly.

She said a Home of the Innocents employee is "present with the law enforcement officer and/or cabinet worker" when the call is made to an on-call judge "and most importantly we tape record everything" so attorneys for the parents can go back and listen to what was said and whether there were any issues with what information was presented to the judge.

As for the pre-signed orders themselves, Haynie said while it is not illegal, "it's probably not the best procedure and we are looking at it."

'Signatures should be sacred'

Some judges and attorneys have compared the practice to a police officer filling out a search warrant that had been pre-signed by a judge.

Clay said judges are required to review the cabinet worker's affidavit and make several specific findings and check boxes on the form before signing an order to remove a child, including finding there is an immediate danger, that reasonable efforts have been made to not remove the child, and there is no less restrictive alternative, given how traumatic removal is.

But the on-call district judges are often only hearing a brief synopsis of the issue before approving the order.

"The judge whose signature is on the order has never seen the order," said Sarah Clay. "Our concern, which we have reason to believe has occurred, is that workers can take the blank signed orders … and just fill it out to say whatever they want."

In 1994, when Hall was a Pike County District Court judge, he was publicly reprimanded by the state Judicial Retirement and Removal Commission for pre-signing a warrant for a sheriff's deputy.

Hall had talked to the deputy on the phone while driving to Lexington and approved the warrant, leaving behind a pre-signed order.

The commission ruled that even though Hall knew the details of the search warrant, allowing the use of a pre-signed order violated state Supreme Court rules. Hall was charged with judicial misconduct and the commission would have suspended him for 30 days had he not retired, according to the order.

The order said Hall violated a "grave judicial duty under the (Constitution) requiring the intervention of a neutral judge to protect individuals and to prevent law enforcement officers from conducting unlawful searches."

When told of the situation with the cabinet and judges in Louisville, Hall said it was the same sort of issue.

"You don't sign your damn name until something is completely filled out," he said. "Those signatures should be sacred. I learned that the hard way."

Haynie, however, said the comparison with law enforcement search warrants is flawed. She again pointed out that the calls between social workers and the on-call judges are recorded.

"We built in a safeguard," she said of the recordings. "You can pull the tape, listen to exactly what the judge was told, listen to which children were involved, how many, where, etc."

Attorney Faulkner said that recording phone calls is a good practice, but appointed attorneys for parents in family court don't get to see the orders until there is a hearing three days later, and by then children already may have suffered traumatic damage.

"There are rules, and there are rules for a reason," she said. "My belief is the rules require a social worker go talk to a judge in person."

Another concern is that district court judges are not familiar with the process of removing kids and don’t have the necessary expertise, as it is a family court issue.

To remove a child during the day, a cabinet appears in front of a family court judge and swears to tell the truth. The judge then reviews the written affidavit of the worker that spells out the alleged abuse and reason for removal of a child or multiple kids and signs the orders if the request for removal is granted.

If removal is ordered, the judge checks through a series of boxes indicating reasonable efforts were made to prevent the child's removal, the child is in imminent danger and other necessary questions.

But after the court closes at 4:30 and on weekends, the responsibility to approve the emergency orders to remove children falls to an on-call district court judge. Social workers call judges from the Home of the Innocents and, depending on which judge is on call, picks a pre-signed form with that judge's signature and fills it in.

Asked why family court judges aren’t hearing the cases after hours, Haynie said, "I think that's a good question. I don’t have an answer for that. That is the question."

She said district judges don’t typically interact with the cabinet or know the workers like a family court judge.

"We don’t have jurisdiction over these cases, so why are we doing this?" she asked. "They are not issues we ultimately hear. So they are not players or issues or families that we are familiar with."

Charles Gardner Geyh, who teaches judicial conduct at Indiana University’s Maurer School of Law said in an interview that while he is unsure of the legality of what has occurred in Louisville, there is certainly a "perception problem" with pre-signed orders.

"There is a perception problem with judges signing off on things and then later confirming them after the fact," he said. "The concern I have is multiplied if there are aspects to the forms that are supposed to be completed by the judge.

"I think it is a little troubling when the rights of the parents of child are being essentially short circuited."