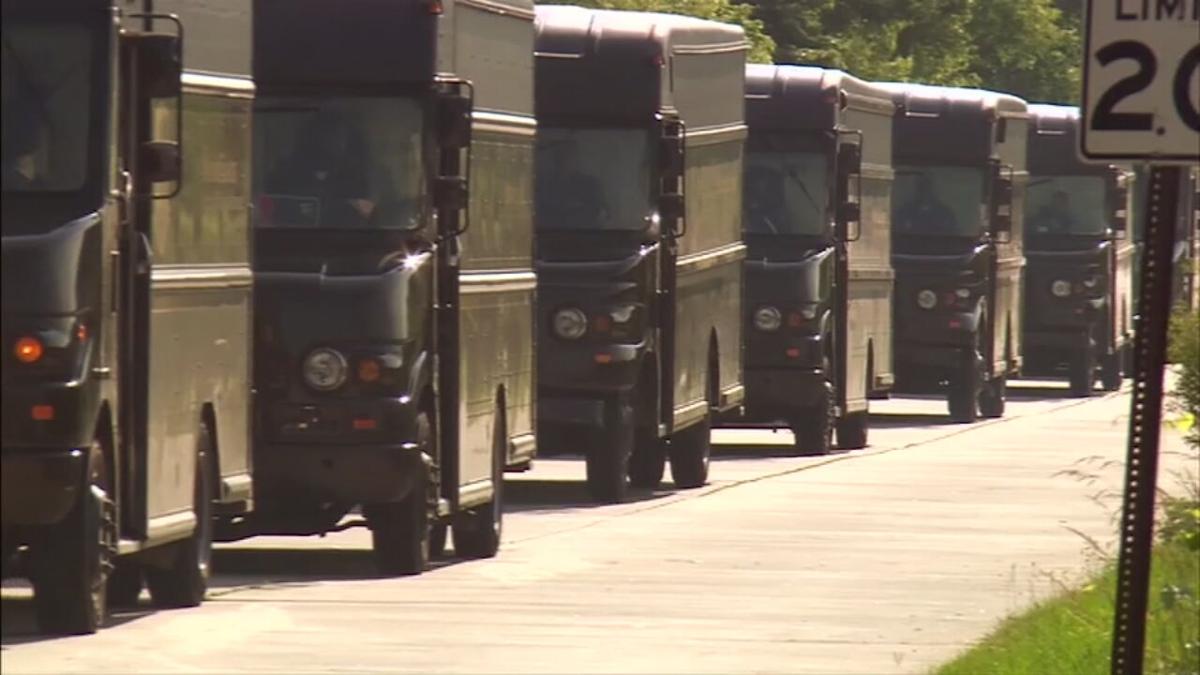 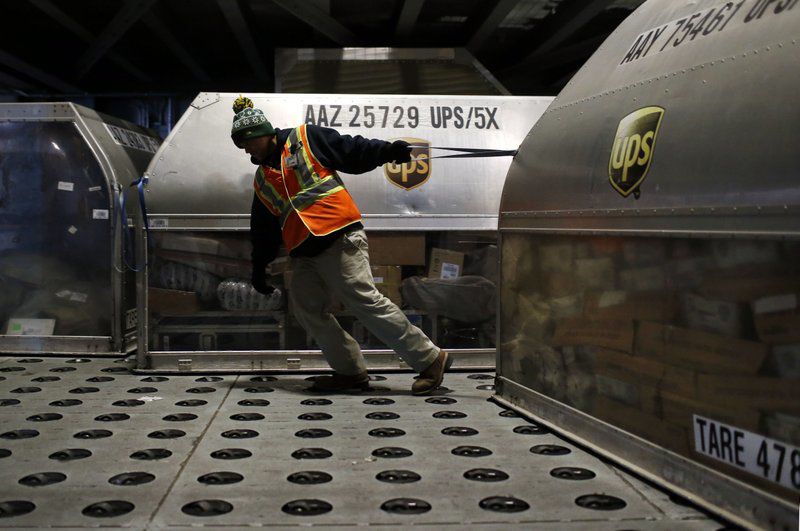 FILE - In this Nov. 20, 2015, file photo, a UPS worker pulls a container full of packages across a floor embedded with casters at Worldport in Louisville, Ky. (AP Photo/Patrick Semansky, File)

FILE - In this Nov. 20, 2015, file photo, a UPS worker pulls a container full of packages across a floor embedded with casters at Worldport in Louisville, Ky. (AP Photo/Patrick Semansky, File)

LOUISVILLE, Ky. (WDRB) -- UPS is getting hairier and more inclusive.

According to a report from CNN Business, the shipping company is lifting several of its longstanding strict rules on the personal appearance of its employees who interact with the public — mostly its army of delivery drivers.

The changes loosen the previous strict limits on facial hair (no beards for most employees, and mustaches limited to above the crease of the lip), how long men could wear their hair (nothing longer than collar length) and hairstyles (no Afros or braids).

While styles still must be business-appropriate and not pose a safety concern, those specific limits have been eliminated.

Wednesday's announcement also includes the lifting of gender-specific regulations, including rules like the length of the uniform's shorts. The new rules, first reported by the Wall Street Journal, were posted on an internal company web site for employees.

"These changes reflect our values and desire to have all UPS employees feel comfortable, genuine and authentic while providing service to our customers and interacting with the general public," UPS said in a a statement, adding that the company is "determined to continue to make UPS a great place to work for all of our more than 500,000 employees around the world."

UPS is also surely motivated by its scrambling to add the staff needed to handle the increase crush of packages associated with the surge in online shopping brought on by the COVID-19 pandemic.

"Our CEO, Carol Tomé, listened to feedback from employees and heard that changes in this area would make them more likely to recommend UPS as an employer," UPS said in its statement.

Tomé, the first woman to lead UPS, told investors on a recent conference call that the company had increased its employee training, including to combat unconscious bias and promote diversity and inclusion, "to ensure our actions match our values."

UPS had faced criticism that its appearance rules, particularly the hair guidelines, amounted to a form of discrimination. In 2018 it agreed to pay a $4.9 million fine and enter into a consent decree with the Equal Employment Opportunity Commission to allow greater freedom to wear beards and long hair by those who filed for a religious exemption.

"The EEOC alleged ... UPS failed to hire or promote individuals whose religious practices conflict with its appearance policy and failed to provide religious accommodations," said the EEOC at the time, which also alleged that "UPS segregated employees who maintained beards or long hair in accordance with their religious beliefs into non-supervisory, back-of-the-facility positions without customer contact."

The company then moved to allow religious and medical exemptions for facial hair.

But Wednesday's announcement addresses a broader problem of unconscious bias that the rules reflected, according to Lucinda Duncalfe, founder and CEO of AboveBoard.com, an executive hiring firm that promotes diversity.

"These policies are hold-overs from a different era and reflect the biases that hold back progress, and performance," said Duncalfe, who praised the change as "great news."

"It never made sense that 'natural' hair was impermissible," she added.

Nearly 300,000 UPS employees are represented by the Teamsters union, and the former rules applied to many of them. The union praised the change.

"We are very pleased about it," the Teamsters said in a statement. "The union contested the previous guidelines as too strict numerous times over the years through the grievance/arbitration process and contract negotiations. We have proposed neatly trimmed beards during several previous national negotiations."

It's been a busy year for UPS. The volume of packages UPS handled increased 13.5% in the third quarter compared to a year earlier, and the company hired 39,000 permanent new employees in the second quarter of 2020, and it intends to hire more than 100,000 additional seasonal employees for the peak holiday season.