At the top of the list are steps city leaders hope will help reduce the gun violence and homicides on the streets of Louisville.

"Unfortunately, in 2020 and 2021, we saw about a 10% increase with a 180 homicides in our city," Fischer said Monday. "We see the heartbreaking stories of a young child finding a gun in the house and taking their life or a gun that is taken out of a house and committed in a criminal activity."

Fischer's legislative priorities, laid out in the first week of 2022, take a stab at the escalation. 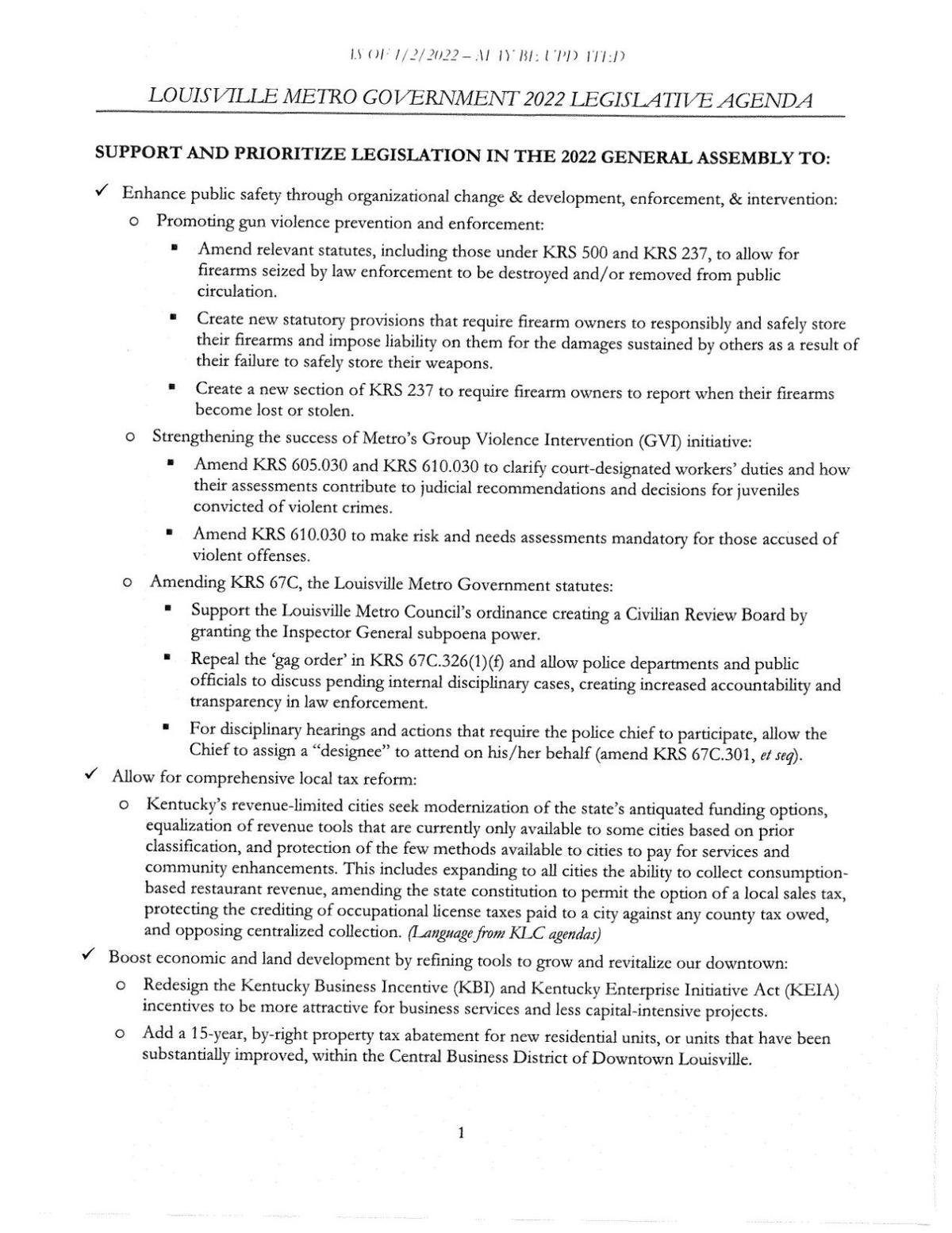 "They include the strengthening of prevention intervention and enforcement efforts to curb gun violence without taking any lawfully obtained guns away from responsible owners,"  he said.

The mayor was joined by a bipartisan group of Metro Council members who support proposals like amending state law to allow illegal guns to be destroyed rather than resold to licensed gun dealers.

"Currently, every police department in the state of Kentucky is required to turn over the weapons that they seize from criminals in their day-to-day operations to the state so those weapons can be auctioned off," Metro Council President David James said. "Oftentimes, those very same weapons are being used against our very own citizens. There's no common sense in that."

"I'm asking the state legislature and I'm asking our citizens to work together to try and bring the level of violent crime in our community down, and these are some of the ways we can do that," James said.