LOUISVILLE, Ky. (WDRB) -- Dino's Food Mart is on the offensive against Louisville Metro Council members who have tried for at least a year to get the business closed for good.

Metro Council President David James, District 5 Councilwoman Donna Purvis and Purvis' legislative assistant Denise Bentley are named as defendants in a new lawsuit that accuses them of defamation and slander.

Attorneys for Dino's, a food mart at Broadway and 26th Street in west Louisville, point to numerous claims from the council members and argue that the statements are false. The suit outlines how James testified to the Codes and Regulations Board how Dino's "is only a façade" and referred to Dino’s as a “vampire, sucking the life out of west Louisville," among other things.

"Murder to selling of spice to selling of crack kits to prostitution — you name it, it has happened on this parking lot," James told WDRB News in a 2020 interview.

The lawsuit also lists several claims made by Purvis and Bentley. Court documents show examples of the council members' comments about the landlord and store allowing the selling of “spice and crack” and “crack kits” on the premises.

Attorneys argue Purvis and Bentley's comments about the store being filthy, involved in drug sells and being responsible for murders, such as the death of David McAtee, are false and baseless.

Dino's landlord, SHM 2601, LLC, was cited for the property being a nuisance to the community. But Nader George Shunnarah, who is representing the food mart, said the store itself has never been charged.

"When you accuse somebody of a crime that they've never been convicted of or charged with, that's defamation, per se," Shunnarah said.

The attorney argues that Dino's Food Mart is not responsible for the crime happening all over the city of Louisville, especially at businesses nearby.

Despite being ordered to close by the city, Dino's remains open after winning an appeal to stay in business. This new lawsuit is seeking damages caused by the comments from Metro Council members.

"These people are not criminals," Shunnarah said. "They just want to operate their business in peace. And apparently, there are people on Louisville Metro Council who refuse to let them live in peace."

You can read the full lawsuit below. 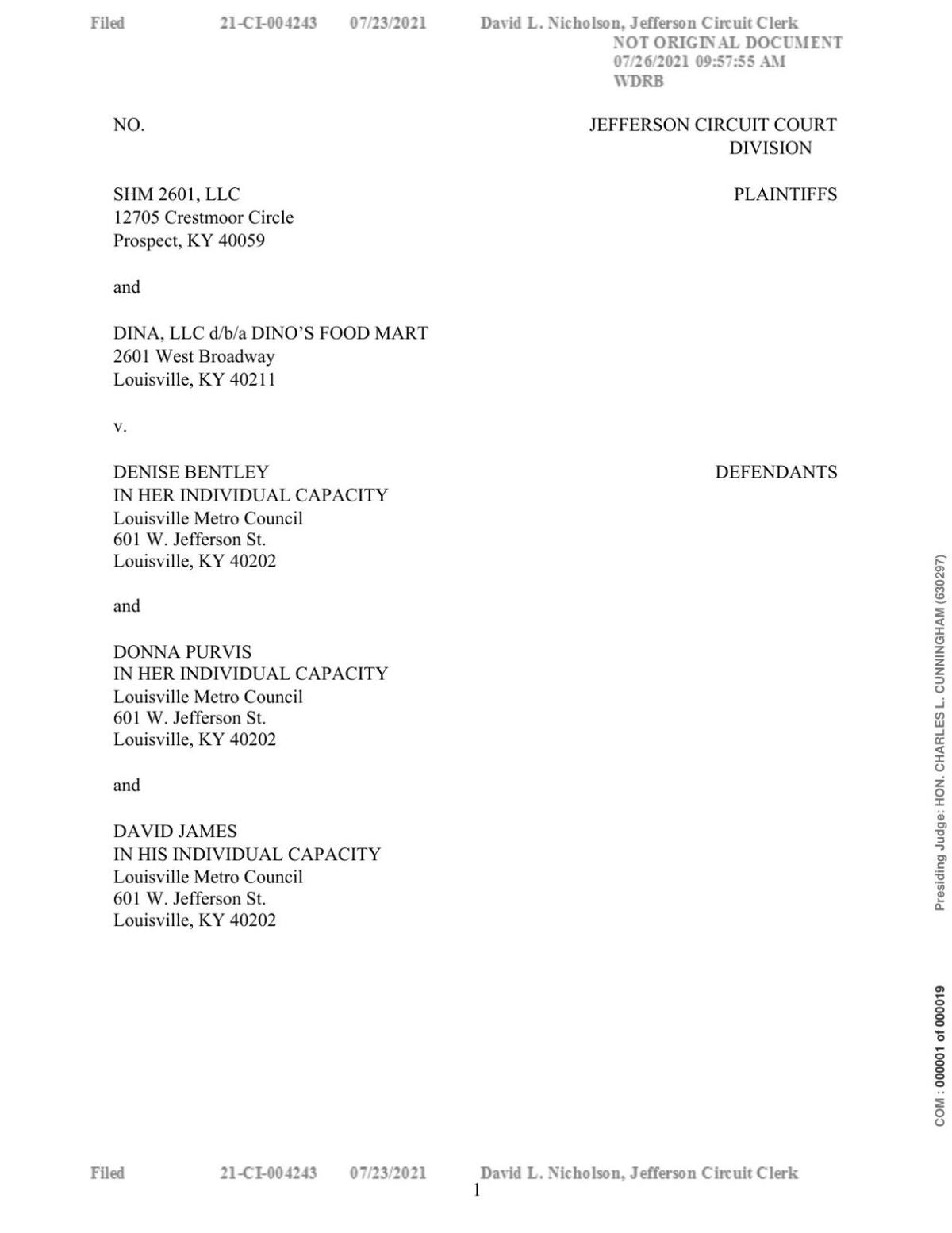