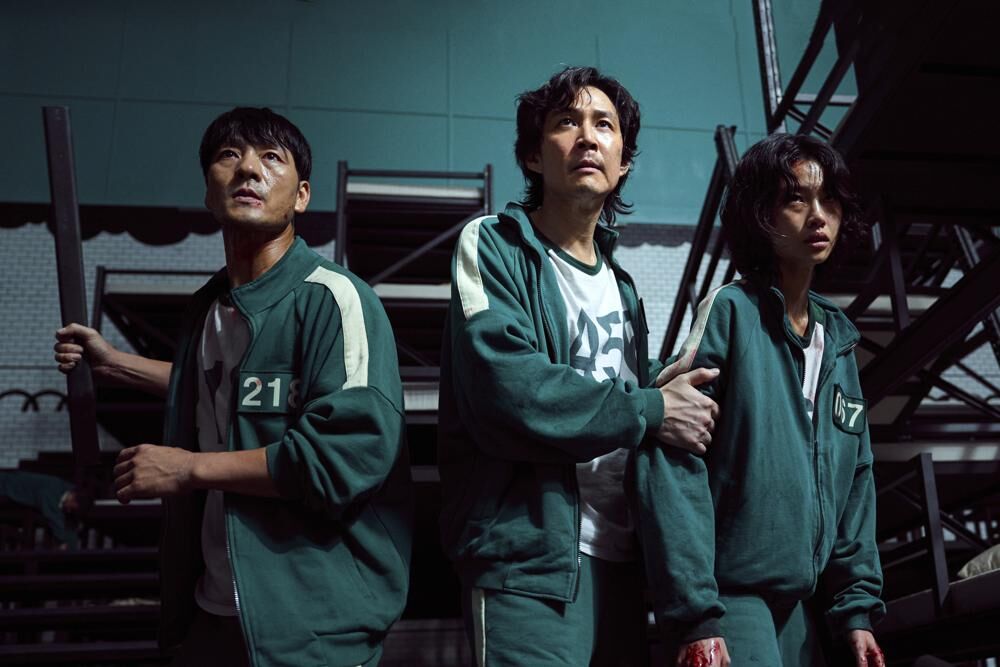 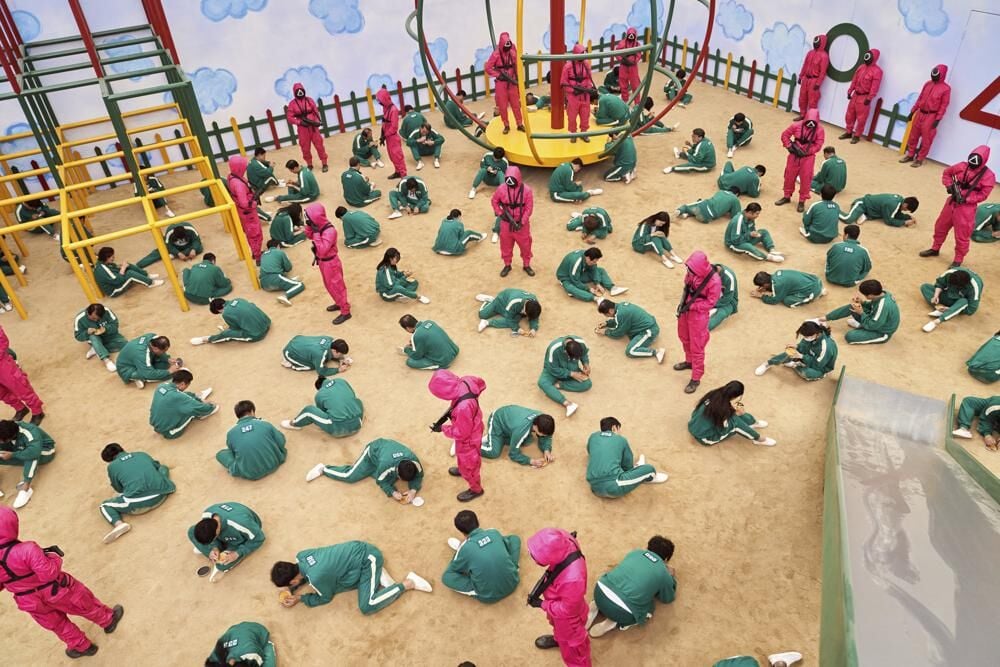 This undated photo released by Netflix shows a scene of contestants vying to win the Dalgona Korean candy challenge in a scene from "Squid Game." Squid Game, a globally popular South Korea-produced Netflix show that depicts hundreds of financially distressed characters competing in deadly children’s games for a chance to escape severe debt, has struck a raw nerve at home, where there’s growing discontent over soaring household debt, decaying job markets and worsening income inequality. (Youngkyu Park/Netflix via AP)
1 of 2

(FOX NEWS) -- In less than a month since its release on Netflix, "Squid Game" fans are signing up for real-life events based on the South Korean drama series.

The Korean Cultural Center in the United Arab Emirates already hosted a KCC Squid Game Event on Tuesday, Oct. 12, where 30 applicants were welcome to play games from the hit show.

Participants traveled to the cultural center in Abu Dhabi and reportedly played four out of six of the games that were featured in the series, including Red Light, Green Light; the Dalgona candy challenge; marbles game and Ddakji – a folded paper tile game where opponents throw their tiles at the ground to try and flip the paper.

Perhaps the real Squid Game was the friends we made along the way pic.twitter.com/jiZbclLjGx

The games were carried out in two 1 hour and 45-minute sessions and had players divided into groups of 15. A report from The National News says nearly 300 people signed up for the Abu Dhabi tournament.

"Thank you all for participating in today’s event with KCC UAE," the Korean Cultural Center wrote in a tweet Wednesday morning.

Included in the tweet were photos of the event, which show participants donned numbered green and white jerseys that took inspiration from the show while organizers donned almost exact replicas of what the "Squid Game" guards wore –hot pink hazmat suits with black fencing masks.

Staying true to the show, the guards carried guns (in this case, fake ones) and had shapes displayed on their masks to denote their rank.

Roughly 4,340 miles away from the cultural center in Gangwon-do Province, South Korea, the St. John’s Hotel will be hosting a Squid Game event on Oct. 24.

The beachside hotel announced in an Instagram post Saturday that it is hosting a one-day event that will include four rounds of games from the show, including Red Light, Green Light; tug of war; Ddakji and the dalgona candy challenge.

Aspiring players were encouraged to fill out an application through a written questionnaire. Accepted applicants will be formally invited and will have to "rally" in a pine forest near the St. John’s Hotel. A small fee will also be required to participate, but the event is open to the public and not just hotel guests.

Similar to the "Squid Game" show, players will be eliminated if they lose their game or break rules. Marketing materials from the St. John’s Hotel say the event will have a "special guest" serving as the "frontman" – game organizer – and his identity will be revealed at the end of the night.

The first-place winner of the tournament will reportedly win 5 million won, which is equal to about $4,210.14, at the time of publication.

By Tuesday, Oct. 12, the St. John’s Hotel updated its Instagram to let its followers know that the registration period has closed and that invitations are being sent out to approved participants.

According to a report from The Korea Times, hotel executives are reportedly working on how to organize its "Squid Game" event to adhere to local coronavirus mandates.

The South Korean newspaper reports that a freemium online game company by the name of Frip is also trying to host a limited "Squid Game" event on Oct. 16. The company is reportedly hosting its event at a campground in Wonju, Gangwon Province.

"Squid Game" made its Netflix debut on Sept. 17 and has become a global phenomenon. The show is Netflix’s most-watched show with 111 million streams in less than a month.

The riveting nine-episode series was written and directed by Hwang Dong-hyuk, 50, and stars veteran actors such as Lee Jung-jae, Lee Byung-hun and Park Hae Soo.

Viewers who have watched the show have been treated to an action-thriller where contestants participate in deadly children’s games for a cash prize.