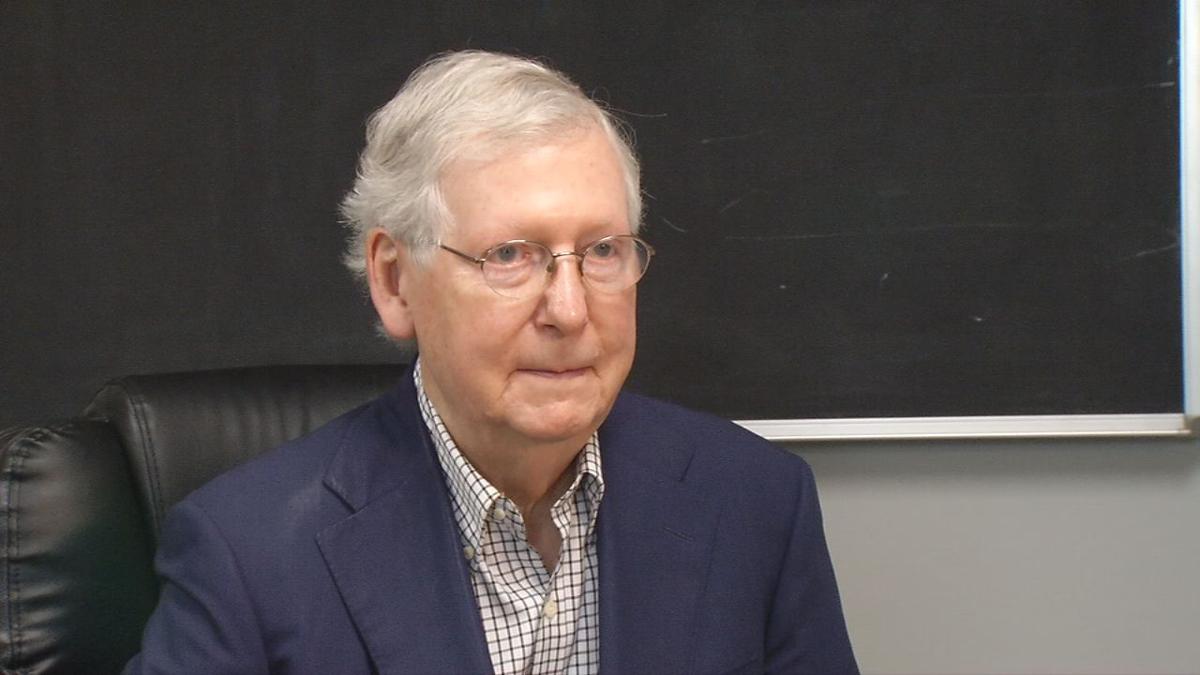 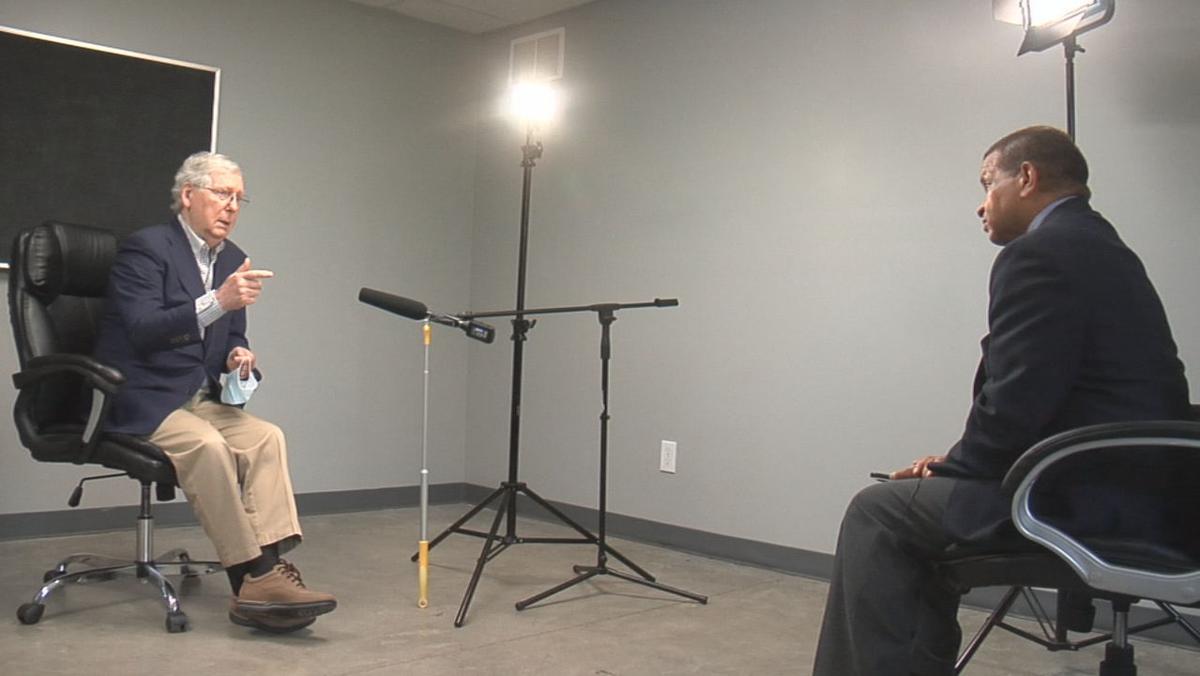 You can watch the full interview with Sen. McConnell below:

“The bill that is about to pass in the Senate sets up a period to study removing those names, and replacing them with people who didn't rebel against the country.”

McConnell is splitting with President Donald Trump on that issue. Trump said he opposes renaming bases.

“I don't think we can erase history, but there's certainly a question of the prominence of recognition of confederates,” McConnell said.

McConnell said he supports the right to peacefully protest against racial injustice, but draws the line at that he called “mobs” tearing down monuments to historical figures such as George Washington and Abraham Lincoln.

“I think we ought to make a distinction between peaceful protesters, which is protected constitutional activity in this country, against things that they observe and don’t like - and rioting and looting and tearing down our heritage,” McConnell said. “I think it ought to be stopped.”

McConnell said cities that allow destruction and defacing of statues “should be ashamed of themselves.”

McConnell traveled to the Isaiah House addiction treatment and job training center in Willisburg, Kentucky, to highlight the impact of the federal COVID-19 relief package.

McConnell wore a mask at the event, as did the entire crowd. He said President Trump should set the example as the virus continues to spread.

“Absolutely, I think wearing a mask is important. He's in a unique situation. He's in a situation where he gets tested all the time, but I think all of us could provide a good example to the rest of the country by wearing a mask, and I practice what I preach.”

McConnell said there may be a second stimulus package coming, but there is no decision yet on whether it will include direct payments to help states balance their budgets.

Kentucky Gov. Andy Beshear said last week that the state is facing a $1.1 billion shortfall if there is not more federal help.

“We'll take a look at it, but much of what we'll do will impact things that the state is normally responsible for like education, like unemployment insurance,” said McConnell.

McConnell said the priorities for any new coronavirus package will be helping education, preserving jobs, and providing liability protection for businesses, hospitals and healthcare workers.

“Everybody should be protected from an epidemic of lawsuits already developing to try to take advantage of the situation,” he said.

McConnell said there will likely be money to help states shore up their unemployment insurance funds, but the $600 unemployment bonus individuals received in the original package will not be repeated.

“That has actually prevented a lot of people from going back to work. I don’t think we’ll continue the bonus, but underwriting and safeguarding basic unemployment insurance for a while longer is important.”

McConnell said any additional stimulus package will likely be the last.

“Bear in mind we now have a debt the size of our economy for the first time since World War II, so it’s very concerning.”

But McConnell's focus was not entirely on Washington D.C. He is facing a fight against Democrat Amy McGrath to keep his seat.

In a statement, McGrath attacked McConnell’s statewide tour. “For 35 years, Kentuckians have seen this play from Mitch McConnell, making campaign stops during an election year and then going to D.C. and turning his back on Kentucky," she said.

"The fact that Mitch can enter a recovery center with a straight face, while he spent decades taking money from Big Pharma, the industry that helped fuel our opioid crisis, is further proof we need a senator who isn’t bought off by special interests.”

McConnell said voters will decide the country’s and the commonwealth’s direction in four months.

“If my opponent is elected, the first vote she'll cast will make Chuck Schumer from New York the Majority Leader in the Senate,” he said. “My question is, how does that benefit Kentucky?”

McConnell said he looks forward to debating McGrath this fall.