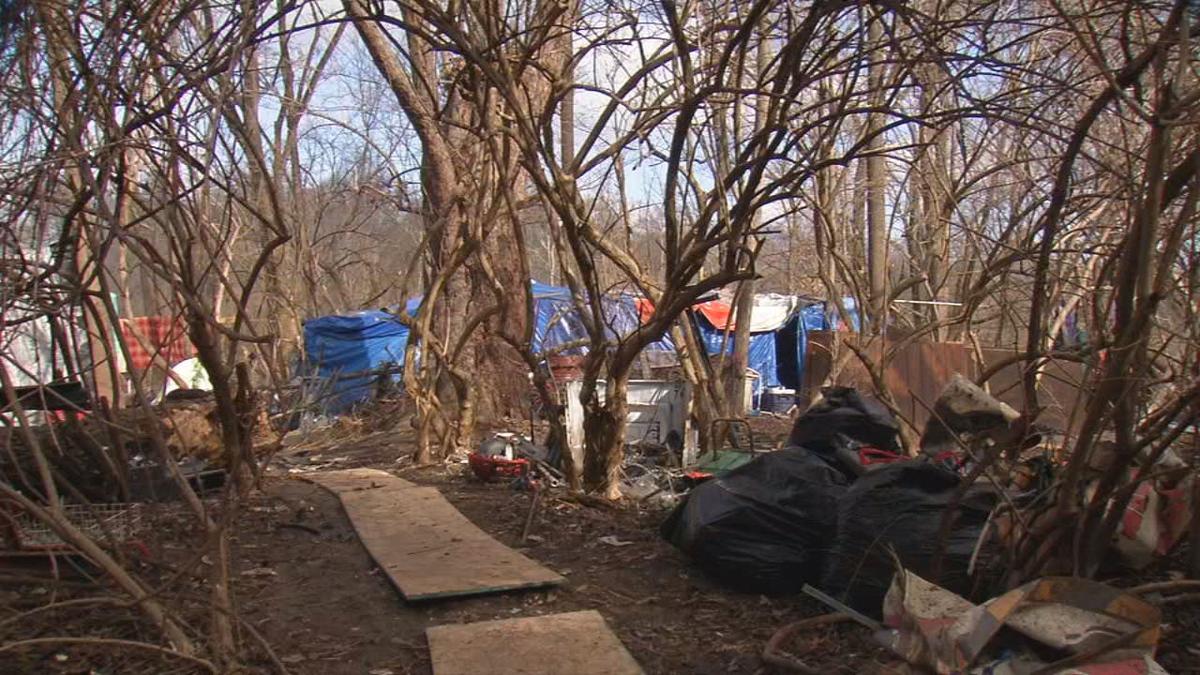 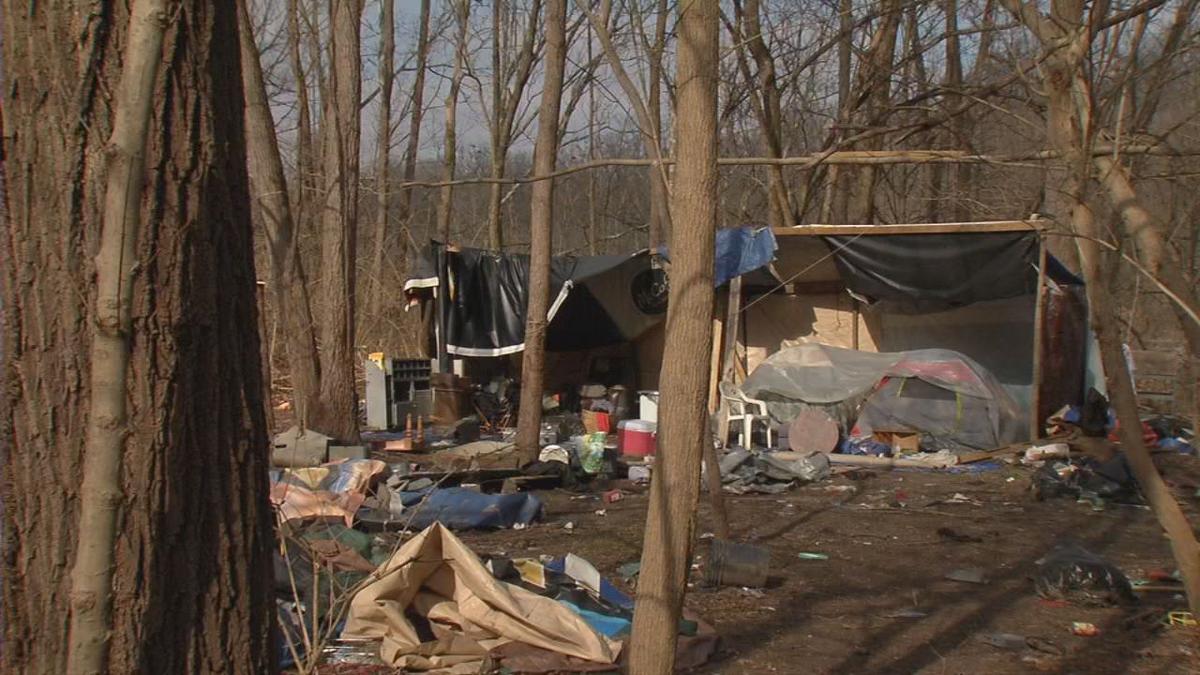 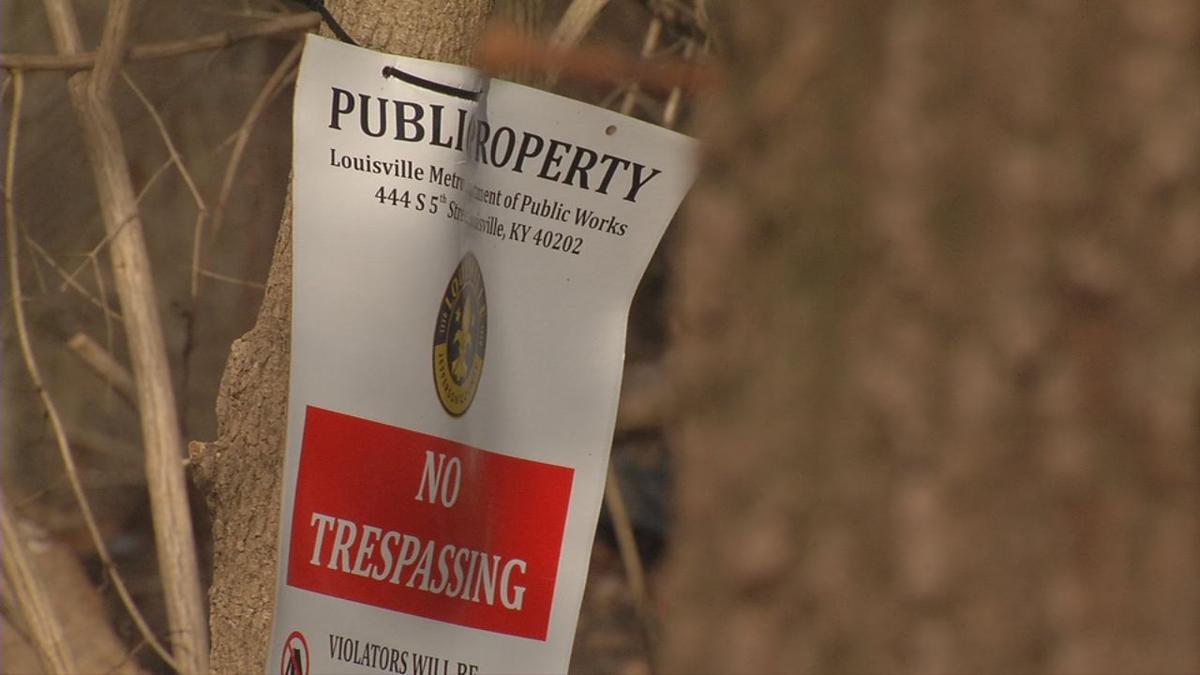 The homeless encampment sprung up right before the holidays, and right after the New year — with complaints about the camp and the trash — came the required 21-day notice to get out by Jan. 23.

"People just move from place to place," said Metro Councilman Bill Hollander, whose district encompasses the camp. "It's not a long-term solution."

Some homeless camps were shut down downtown under the interstate, near the new Louisville City FC stadium and other places, but the problem of homelessness didn't disappear.

"It's shocking when people see it, and they're seeing it very visibly on Lexington Road now," he said.

And it's shocking too to Ginger Martin and her husband, Jonas, who have lived in those woods off Lexington Road for nearly three years. But she said she's glad the city put the notice up.

"You cannot trash other property like this," Martin said. "Guys, I'm not gonna feel sorry for nobody. Am I supposed to? No. We are all grown people out here. We hauled all our trash out many times."

In fact, Martin and her husband have their own garbage service provided by the city. But with the mess that has now accumulated next to them, they don't blame the city, but they too will have to move.

Hollander said the city just gave an additional $1 million for affordable housing and service, but with opioid abuse, homeless numbers keep going up.

"It's clearly affected the situation in Louisville. There's no doubt about that," he said. "We have a number of people who are on the streets who are suffering from addiction."

The Coalition for the Homeless said around 7,000 homeless people are served by Louisville nonprofits. It's estimated about 10%, somewhere around 700, aren't in shelters or some type of housing but live on the streets.