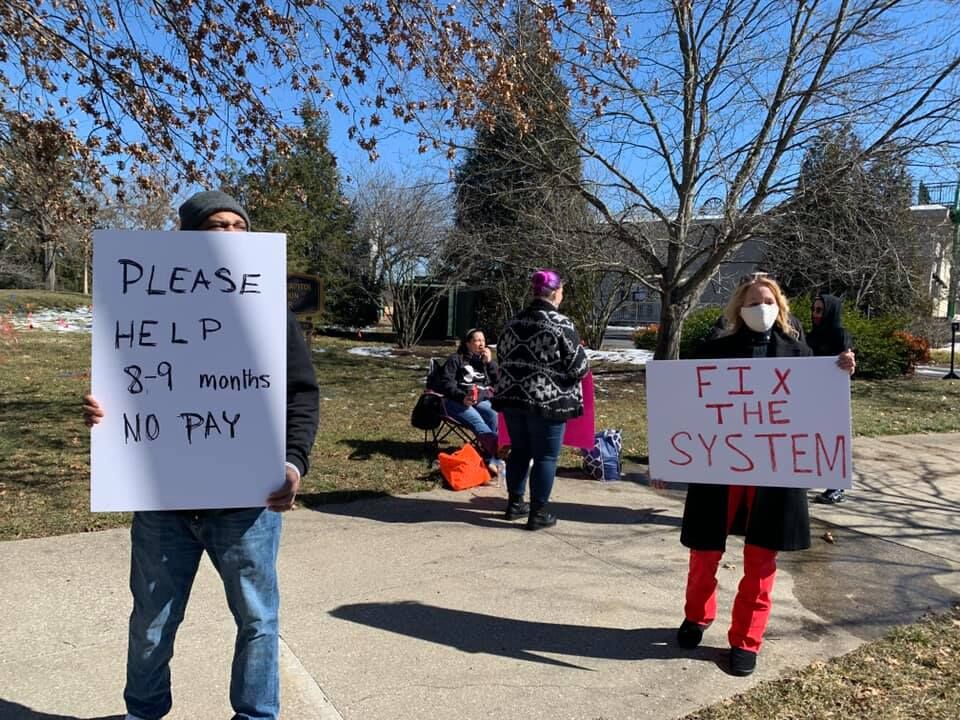 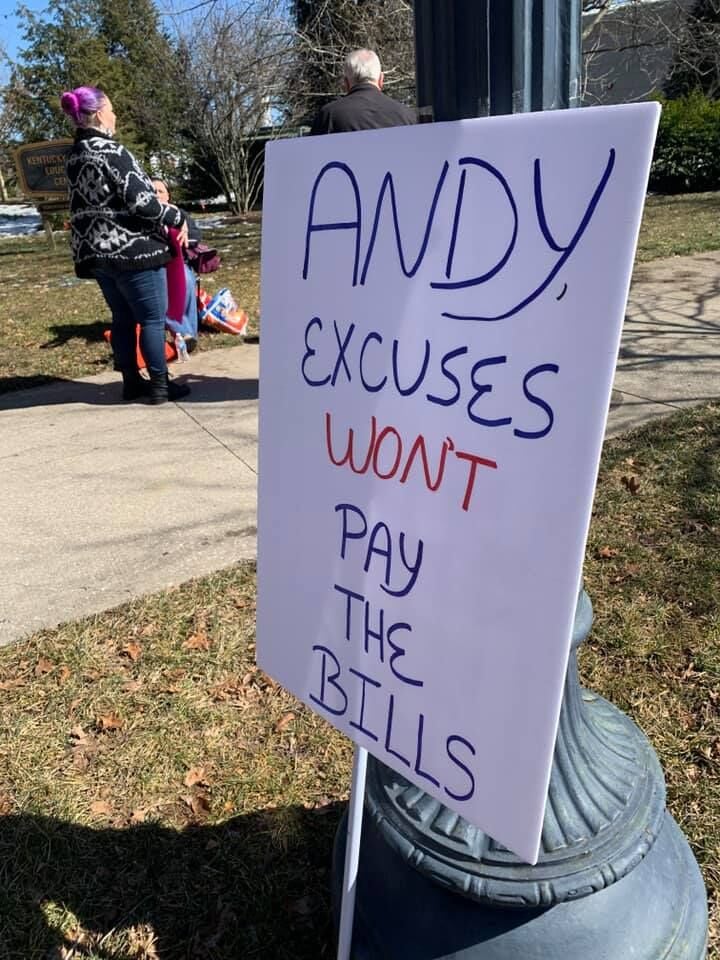 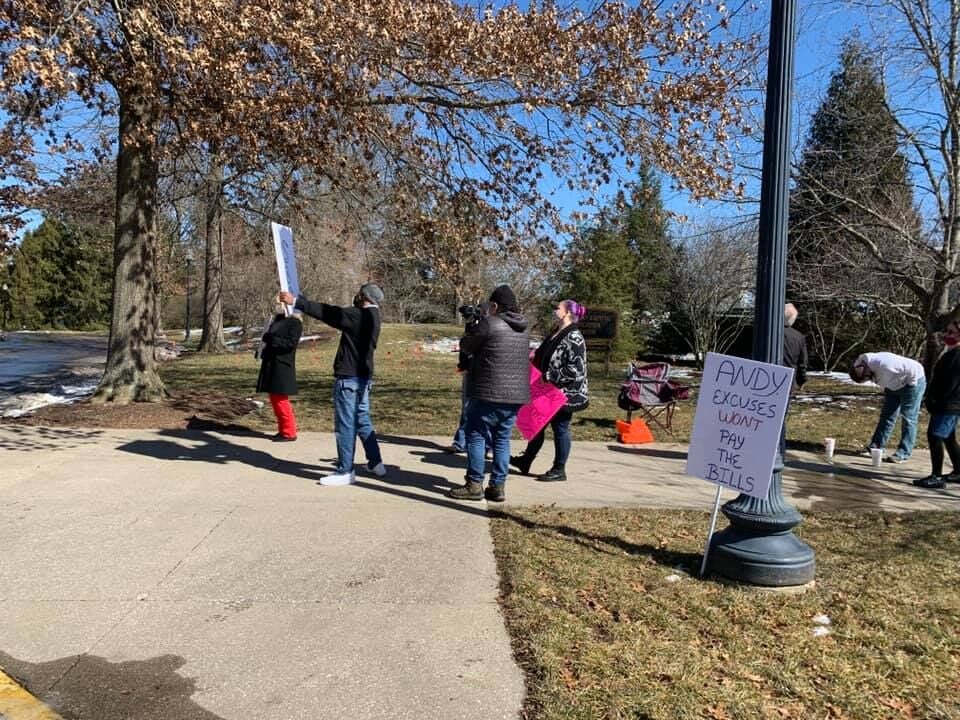 FRANKFORT, Ky. (WDRB) -- A small group of protesters began gathering Tuesday outside the state Capitol in Frankfort for what they're calling at 24-hour, overnight unemployment insurance protest.

Those with the group said they are upset about the way Kentucky is handling unemployment claims.

"It’s been rough," said Misty Gaitan from Lexington, a co-organizer of the group "Kentucky Unemployment Help Us Help You," which organized the protest.

Gaitan said she had been getting her payments through her unemployment insurance, but at the end of December, the money stopped coming.

"Anything I had managed to save up from previous payments, it’s depleted now," she said. "I’m just trying to scrap everything, cash and change, just to make ends meet right now. (The) payment is due on my vehicle. They’re hounding me for it. I just don’t have it.”

Gaitan said she knows there are many other Kentuckians who have been waiting on payments much longer than she has.

"Some have already been homeless or lost everything," she said. "Our credits are being destroyed, because the bill collectors don’t want to wait. So that hits our credit."

Around one dozen people showed up in Frankfort for Tuesday's protest. Organizers said they plan on protesting 24 hours and leaving at noon Wednesday.

"Today is just to get our voices heard," Gaitan said. "I don’t think the situation is being taken serious enough. It’s been a year since all of this started, and the system has not been fixed in any way."

Lorna Foley, who drove from Campbellsville to be part of the protest, said she's been waiting on payments since August, and her bills are piling up.

"It was a choice," she said. "Do I put something on the kitchen table tonight, or do I make my trip to Frankfort?”

She said she's tried calling several times to get answers but so far has had trouble getting someone to talk with her.

"I’ve been on hold for up to eight hours, and then you get disconnected, because the office is closed," she said.

Foley said she did factory work before losing her job during the pandemic.

“They want us to go look for jobs. Yeah, I’m out looking for a job, but also, I have to be on hold for eight hours or be up at midnight to try and get an appointment," she said. "But I’m getting nowhere.

"It ruins you. I mean, my mortgage company doesn’t want to hear about me not being able to pay them. I’ve worked all my life to be able to buy a house, and now I could possibly — unless something is done immediately — I’m going to end up losing my house.”

Tuesday WDRB reached out to Governor Andy Beshear's office for comment about this protest, but did not hear back. Wednesday morning, WDRB received a statement from Holly Neal, the chief information officer for the Kentucky Labor Cabinet saying, "Since the pandemic began, Kentucky has paid out more than $5 billion to Kentuckians since March 2020, but no one in state government will be satisfied until all Kentuckians have received the unemployment benefits for which they qualify."

For an in-depth look at how Kentucky ranks in paying unemployment insurance on time, click here.