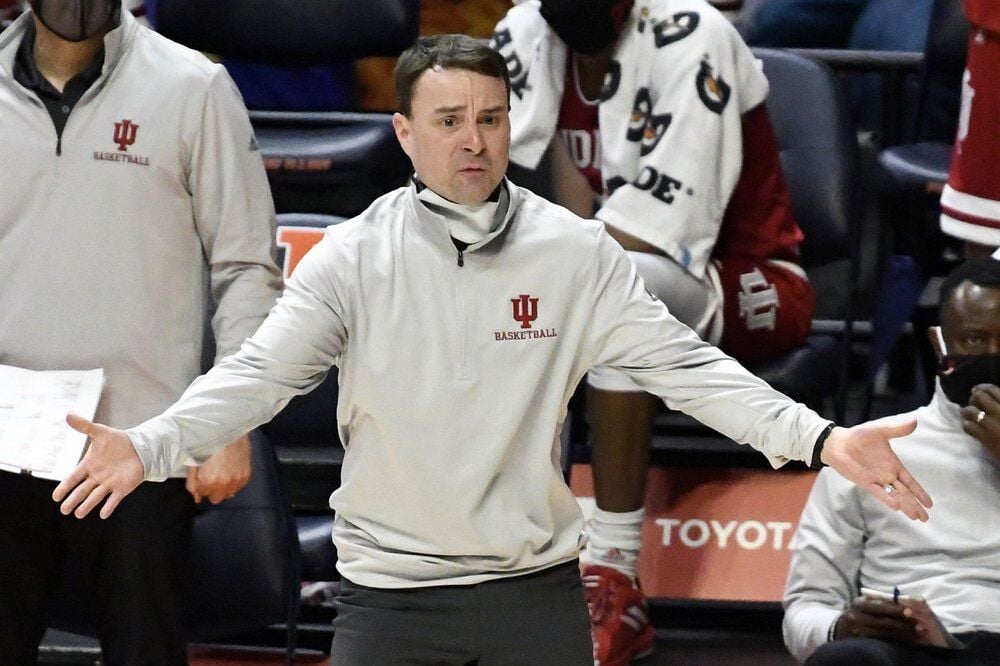 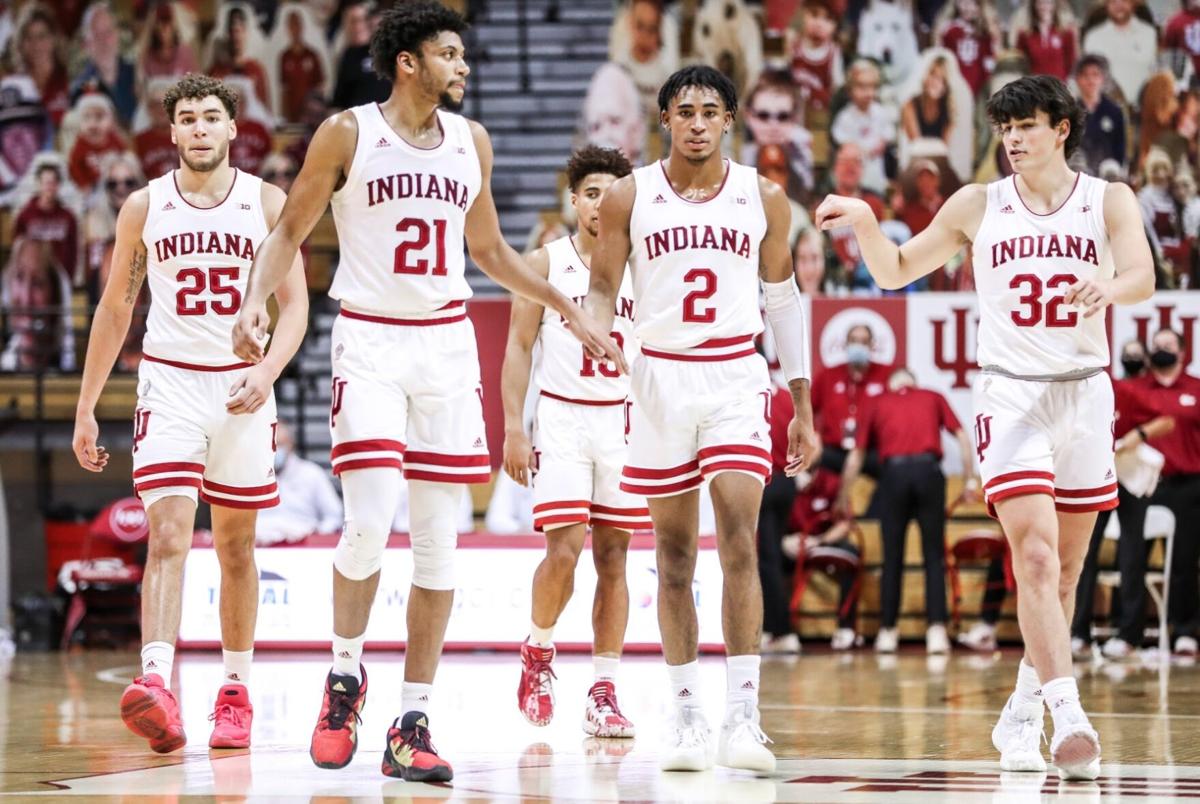 People have stopped wondering if the lifeless Hoosiers will make the 2021 NCAA Tournament (they won’t), and started asking if coach Archie Miller should return for his fifth season (his $10 million buyout looks like his primary lifesaver).

The guy who will need to appear at the season-ending press conference isn’t Miller.

It’s athletic director Scott Dolson, who’ll have to look at his books, make a honest assessment and deliver the call.

In their last two games, the Hoosiers have coughed up double-digit, first-half leads and been routed by a pair of second-division Big Ten teams.

That’s not the performance of a team that belongs in the NCAA Tournament. That’s the look of a program that is racing toward the bottom of the Big Ten for the third consecutive season, perhaps as low as 12th place in 2021.

The Hoosiers are losing games. Make it five of their last eight for a program that has failed to win three straight Big Ten games for two seasons.

They’re losing the fan base. The message boards are pure arsenic, with an occasional serving of apathy. The former is difficult to swallow. The latter will actually kill what remains of the tattered Indiana brand.

And, after the 11-point loss to Rutgers Wednesday, Miller sounded like a coach who has lost his locker room.

He admitted his team was “fractured.” He used a lot of words that certainly sounded like a coach concerned his players had quit in the second half.

The Hoosiers took it.

For Indiana’s guards throwing a 3-foot entry pass has become more difficult than throwing 35-yard post patterns into the wind. When the Rutgers guards got physical, Indiana looked for the exit ramp.

Air balls average more than one per half. Shooters fail to square their feet to the basket or place their toes as close as possible to the 3-point line. Basketball 101 stuff.

At crunch time, Indiana has a habit of disappearing faster than Jimmy Hoffa.

Free throw shooting has cost Indiana at least two wins. Three-point shooting has improved but it’s never been at the level of elite offensive teams.

Defense was supposed to be Miller’s calling card. It’s the reason he coached Dayton to 4 consecutive NCAA Tournaments, including an Elite Eight and a Sweet 16. That’s the reason former IU athletic director Fred Glass settled on Miller for the job.

On Saturday, Michigan State scored 52 second-half points on the Hoosiers, a week after the Spartans scored 58 points in an entire game against Iowa.

On Wednesday, Rutgers scored 27 points in the final 10 minutes of the first half, igniting a humiliating stretch where the Scarlet Knights outscored IU, 62-27.

I’m talking about Rutgers, a team that scored 59 points in its previous game, a loss to Maryland.

What worked at Dayton is not working at Indiana — and hasn’t, really, since Miller’s first game, the night when Indiana allowed 17 3-point field goals and lost to Indiana State by 21.

These ongoing issues cannot be blamed on the talent Miller inherited from former IU coach Tom Crean. This can’t be pinned on players who were not interested in following the script, the way it was with guys who left IU after last season.

These are Miller’s guys who have been brought up in Miller’s system — and watched Indiana get left behind by programs led by coaches who have not been on the job longer than Miller has been in Bloomington.

I’m talking about Juwan Howard, who has Michigan atop the Big Ten in his second season. Brad Underwood (Illinois) and Chris Holtmann (Ohio State) started in their jobs the same season Miller started in Bloomington.

The Wolverines, Illini and Buckeyes are rolling. The Hoosiers are floundering, 12-11 overall, 7-9 in the Big Ten.

They have 3 games to stop floundering — and they won’t be favored in any of them.

There is a Saturday home finale against Michigan, which looks like a Final Four team.

There is a Tuesday trip to East Lansing to play a Michigan State team, which appeared to be energized by its dazzling comeback win over Indiana last Saturday.

And, there is a March 6 visit to Purdue, which has treated Indiana like the junior varsity since Miller’s arrival.