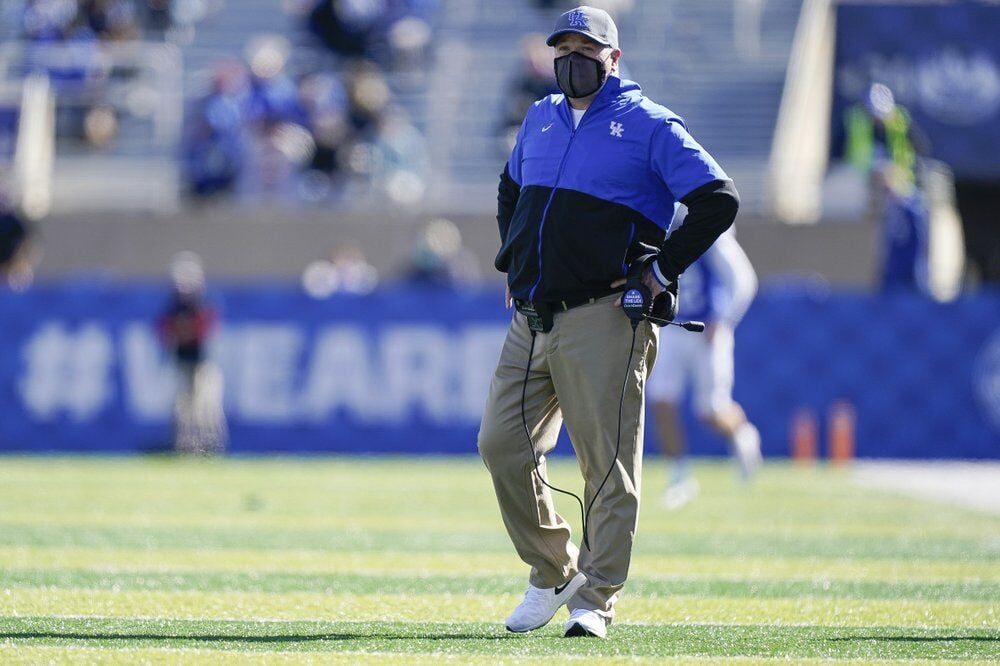 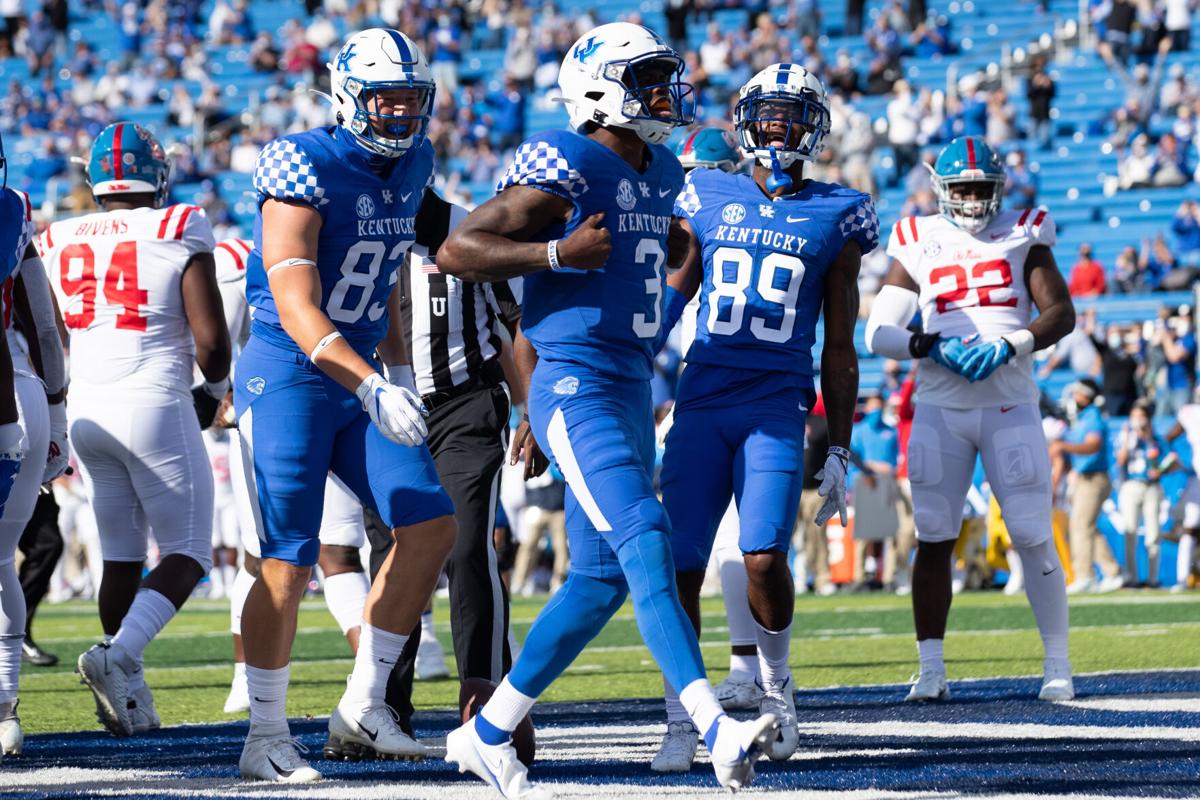 LOUISVILLE, Ky. (WDRB) — If Kentucky defeats Vanderbilt Saturday (and the Wildcats are favored by 17 points), Mark Stoops will tie Fran Curci as the second-winningest coach in Wildcat history. It will be victory 47 in less than 8 full seasons.

That is one obvious indicator that Stoops has done formidable work in Lexington since he replaced Joker Phillips on Nov. 27, 2012.

Stoops has done it with a plan. Several plans, in fact.

Win with defense and a formidable running game. Keep mistakes and risk to a minimum.

He has also built his program with a recruiting plan. Stoops and his staff have convinced players in Ohio and Michigan to ditch the Big Ten to play in the north end of the Southeastern Conference.

His success has not been an accident or luck. Four straight winning seasons, including 10 victories in 2018 and eight more last year, were the result of that plan.

But every plan needs a tweak. Ask John Calipari.

Stoops and his 2-4 Kentucky football need a tweak. The Wildcats pass the football like they believe the penalty for an incomplete pass is the loss of down, 15 yards and a $5,000 fine. They’re on the fast track toward a 4-6 or 3-7 season because of it.

Yes, they won big in 2018 with an awful passing game because halfback Benny Snell gashed opponents and the Wildcats' defense was the fourth-best in the Southeastern Conference.

Yes, they won their final four games last season to finish at 8-5 because Lynn Bowden Jr. moved from receiver to quarterback and opposing defensive coordinators didn’t know how to stop him.

But this has been the season where Kentucky’s abysmal passing game has sucked momentum from the good things Stoops has done at UK.

How bad are Kentucky’s passing numbers?

The Wildcats are averaging 118.5 yards per game throwing the ball.

That’s the worst average in the SEC.

That’s the worst average among all Power 5 programs.

Since 2009, only one SEC team has passed for fewer yards per game — and that was the 2019 Wildcats, who were not interested in passing because Bowden was so dynamic running it.

The last two Kentucky teams have been the only two SEC teams to pass for less than 135 yards per game over the last 12 seasons.

Eddie Gran, UK’s offensive coordinator, has become the most convenient target of critics.

But you can’t have a passing game that inept without a long list of contributors.

Stoops belongs on the list. It’s his program. His philosophy. His staff. His players. His expectations.

Associate head coach Vince Marrow has generated tons of headlines, and earned several pay bumps to a reported $900,000 per season, for his recruiting wizardry.

Imagine how much Kentucky will pay Marrow if he actually recruits a legitimate quarterback.

Then there are the guys who have tried to play the position. From Reese Phillips to Drew Barker (4-star prospect ranked the top guy in UK’s 2014 class) to Gunnar Hoak to Danny Clark to Terry Wilson, the Wildcats have been searching for somebody who can stand and deliver from the pocket.

In their last four games, the Wildcats have thrown for an average of 80 yards per game. In today’s college football, the prime time programs are unhappy when they’re not throwing for 300 yards per game.

As my friend, Pat Forde noted in his Forde-Yard Dash this week at SI.com, college football is on pace to set records for passing yards per game (current average 238.61) and completion percentage (61.5).

It’s time for a tweak. It’s come to pass that Kentucky needs to learn to pass.