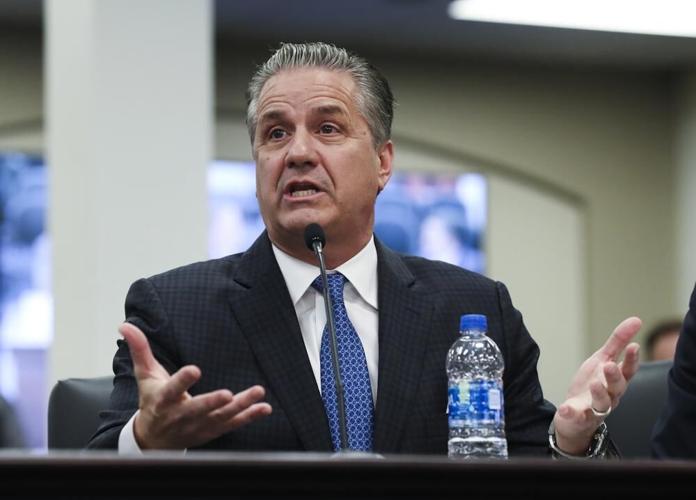 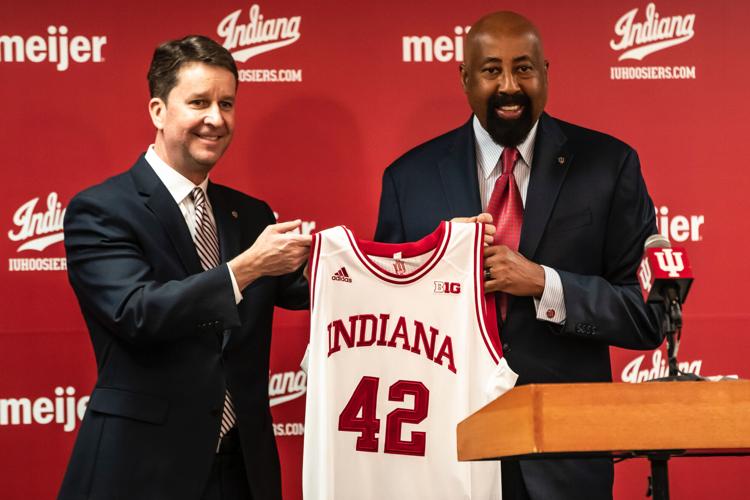 The Wildcats already have their annual date with Louisville, which gets sexier now that it will match John Calipari against Cards’ coach Kenny Payne.

Duke, Kansas and Michigan State rotate on the Kentucky schedule every three seasons. So do UCLA, North Carolina and Ohio State. Primetime stuff every season.

The Wildcats will play Michigan in London on Dec. 4. Outside-the-box thinking. The SEC/Big 12 Challenge is often the highlight of Kentucky’s January schedule. The Wildcats blitzed Kansas last season.

The problem with Calipari’s nonconference schedule in recent seasons has not been the absence of Indiana. It’s been that too many of the high-octane games are played away from Rupp Arena.

Calipari asks his hometown fans to pay high-end prices for low-end opponents like Robert Morris, North Florida and Central Michigan. The grumbles increase when you miss one NCAA Tournament and exit the next one with a loss to mighty Saint Peter’s.

Here’s the rest of the story: The Indiana University men’s basketball program doesn’t need an annual series with Kentucky.

Head coach Mike Woodson and Athletic Director Scott Dolson moved quickly and wisely to maneuver the Hoosiers out of the no-benefit Crossroads Classic while booking a home-and-home series with Kansas.

On Dec. 17, the Hoosiers will visit Allen Fieldhouse in Lawrence, Kansas, to play the defending national champions. You can already put that on your list of top-10 non-conference games for next season.

Kansas will return the game by playing the Hoosiers in Bloomington in December 2023. If Bill Self is not in danger of hyper-ventilating by visiting Simon Skjodt Assembly Hall, Indiana has no incentive to accommodate Calipari’s insecurities by playing UK at only neutral sites.

Here is another nominee for a top-10 non-league game next season:

On Dec. 10, Indiana will travel to Las Vegas to meet Arizona. The Wildcats won the Pac-12 last season. Arizona is ranked No. 3 for the start of the 2022-23 season by the computer formula that Bart Torvik uses to rank teams.

There’s more. The Hoosiers’ game in the ACC/Big Ten Challenge is typically the most daunting test on the IU schedule.

After back-to-back Challenge road games, IU expects to host an ACC opponent next season. And not just any ACC opponent.

ESPN works to pair the top teams from both conferences. With four returning starters, Indiana projects as a top-four team in the Big Ten.

According to Torvik, the top four teams in the ACC are likely to be Duke, North Carolina, Virginia and Miami.

IU center Trayce Jackson-Davis and Armando Bacot have gone to social media to lobby for a Hoosiers/Tar Heels matchup. Seems likely to me.

An IU-Virginia game would be nearly as compelling, considering Armaan Franklin arrived at IU with Jackson-Davis and then left for Virginia. And Tony Bennett's sister, Kathi, coached the IU women's program. And Indy-native Kyle Guy snubbed IU to sign with Virginia, where he won a national title.

Wait. There’s more. For the fifth time in seven seasons, Indiana will participate in the Gavitt Games, which matches the Big Ten and Big East.

The Hoosiers’ past Gavitt opponents have been Creighton, Marquette, Seton Hall and St. John’s.

That leaves six Big East opponents the Hoosiers have not played in the event, topped by Villanova, Providence and UConn, all likely preseason Top 25 teams.

A non-conference schedule of Arizona, Kansas, North Carolina and, say, Villanova would be a reminder of the 1998-99 season when Bob Knight booked the Hoosiers with non-league games against four top-20 opponents: Utah, Syracuse, Temple and Kentucky.

Unlike some of his predecessors, Woodson does not believe in scheduling like a guy worried about his contract. More evidence of that came while I was writing this column.

Jon Rothstein tweeted that IU, Louisville, Connecticut and Texas will compete in the 2023 Empire Classic in New York.

NEWS: UConn, Indiana, Texas, and Louisville will headline the 2023 Empire Classic, according to multiple sources.https://t.co/CNSgSDNuzk

Those are the events Indiana basketball should embrace.

Kentucky doesn’t need Indiana on its basketball schedule. The Wildcats already have plenty of non-conference fun ahead.

And under Woodson, the Hoosiers also don’t need the Wildcats.

Legendary Louisville basketball coach Denny Crum now has a building named after him on campus.