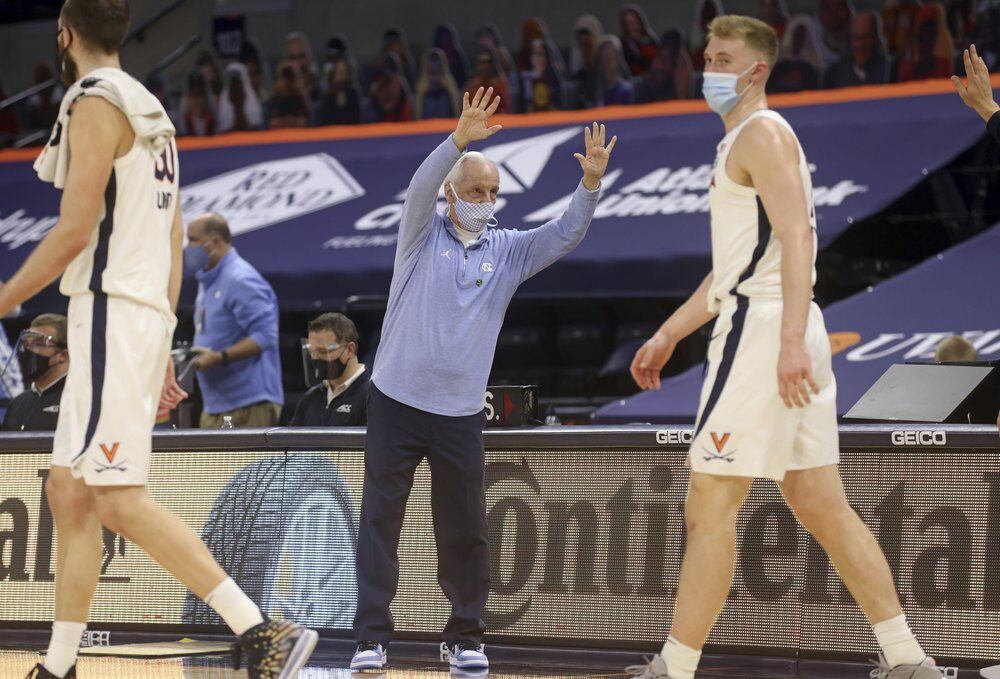 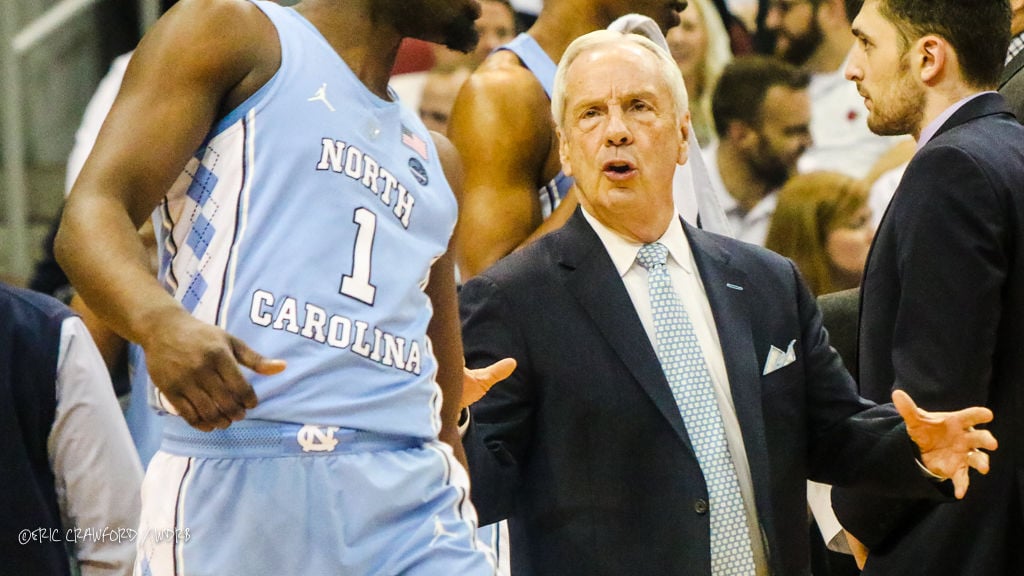 Roy Williams and North Carolina are last in the ACC with a 1-5 record. WDRB Photo/Eric Crawford

Roy Williams and North Carolina are last in the ACC with a 1-5 record. WDRB Photo/Eric Crawford

LOUISVILLE, Ky. (WDRB) -- The best job in college basketball just opened, and before you waste time looking it up, my email address is rbozich@wdrb.com.

Roy Williams is taking his three NCAA championships and 903 career victories to Pinehurst No. 2, leaving the Tar Heels with the choice of keeping the job in the Dean Smith Family Tree or pulling off the recruiting coup that eluded Indiana: fetching Brad Stevens from the floundering Boston Celtics.

One for all the Final Four action and the other to follow the drama in Chapel Hill, where Smith or one of his assistants or players has led the program since 1961.

Michael Jordan and his iconic brand is a safe place to start.

As long as His Airness resonates prominently in the culture, Carolina will have juice other programs cannot match.

“More guys grew up from coast to coast with North Carolina as their dream school than any other program,” one Division I head coach said. “You’ve got everything you need.”

And Michael Jordan played there.

“Hard to argue against any of that,” said a Division I assistant at a top-10 program.

“It’s right there with any job,” said another Division I assistant.

“It would be my pick,” another former DI head coach said

Williams did remarkable work on the basketball court there, although his time was stained by the academic scandal kicked up by Rashad McCants, a situation that UNC somehow beat during its maneuverings with the NCAA. The Tar Heels won their appeal but lost badly in the court of public opinion as Carolina was tagged as a place where academic shortcuts were legitimately a thing. Unnecessary blunder.

Williams followed Matt Doherty who followed Bill Guthridge who followed Smith. So unlike Joe B. Hall at Kentucky or Gene Bartow at UCLA, Williams wasn’t the man who followed The Man.

But Smith left a towering legacy and responsibility that Williams embraced and preserved. The on-court huddles and substitution patterns. The walk-on and JV programs. The promotion of team, not individual, success. The national recruiting footprint.

Tradition matters at North Carolina. So does the family tree.

If North Carolina keeps it in the family, the list of likely replacements is not long. Hubert Davis, 50, has served as one of Williams’ assistants since 2012. He’s a Tar Heel, a former first-round NBA pick as well as a personable guy who did solid work at ESPN for four seasons.

Stackhouse gained experience the last two seasons at Vanderbilt, but would the Tar Heels hire a coach whose teams have won six of 34 games in Southeastern Conference play?

Wes Miller was a walk-on for Carolina’s 2005 NCAA champs. He’s directed North Carolina-Greensboro to the NCAA Tournament twice in the last four seasons.

Steve Robinson has been with Williams during his entire run in Chapel Hill as well as during two stints at Kansas. But Robinson is not a former UNC player and was fired in 2002 after five seasons at Florida State.

There is Jay Wright, who has never seemed interested in leaving Villanova and Philadelphia. There is Nate Oats of Alabama, one of the flavors of the month. And there is always Stevens, who has long been mentioned as a possible replacement at North Carolina or Duke, where Mike Krzyzewski is 74, four years older than Williams.

Stevens listened to Indiana’s pitch about coming home, to the state where he grew up, to replace Archie Miller. But listening is as far as it went.

Would Stevens have a different take on the job in Chapel Hill because of its glorious tradition and advantages?

His Boston Celtics team remains stuck in reverse, two games below .500, eighth place in the NBA Eastern Conference. Eight seasons into his pro career, Stevens has yet to recreate the postseason magic that made him a top-of-the-list coaching candidate at Butler.

Now another job has opened, the best job in college basketball.