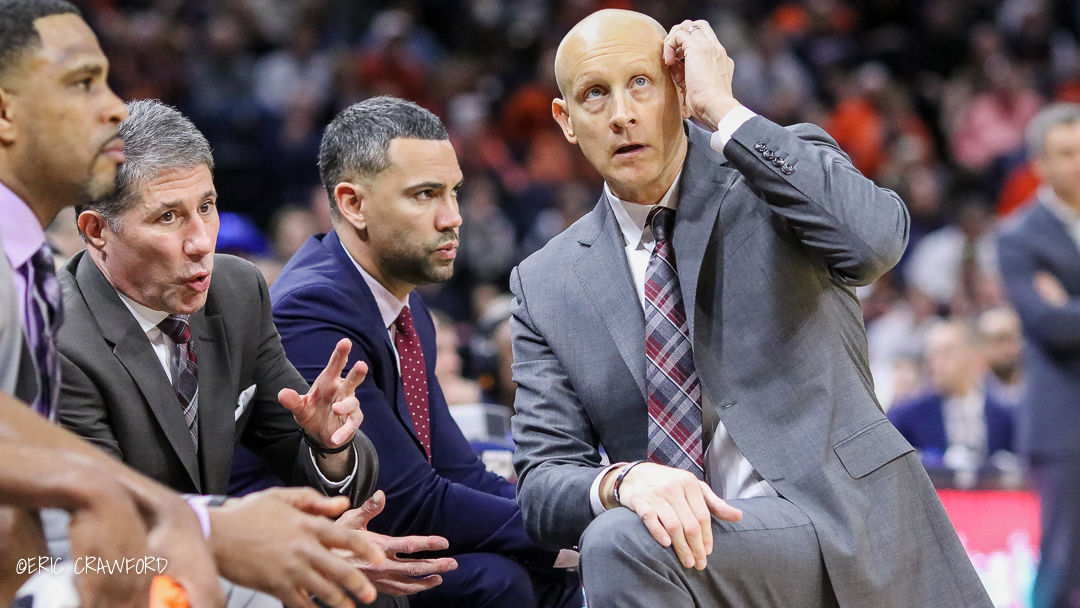 Louisville coach Chris Mack and his staff look for answers on Saturday at Virginia. 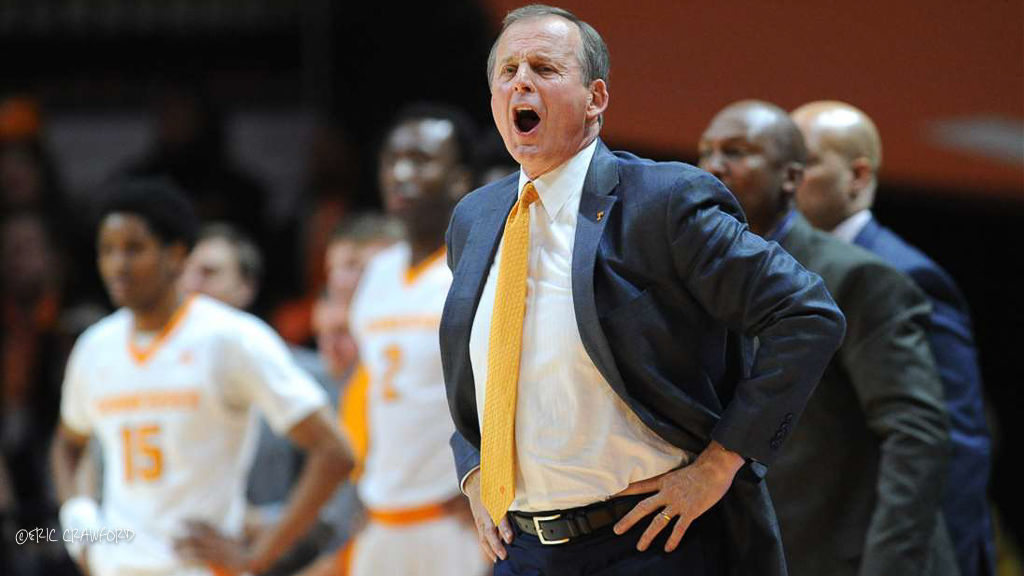 Tennessee head coach Rick Barnes shouts from the sideline during the second half of an NCAA college basketball game against Vanderbilt at Thompson-Boling Arena on Wednesday, Jan. 20, 2016 in Knoxville, Tenn. (Adam Lau/Knoxville News Sentinel via AP) 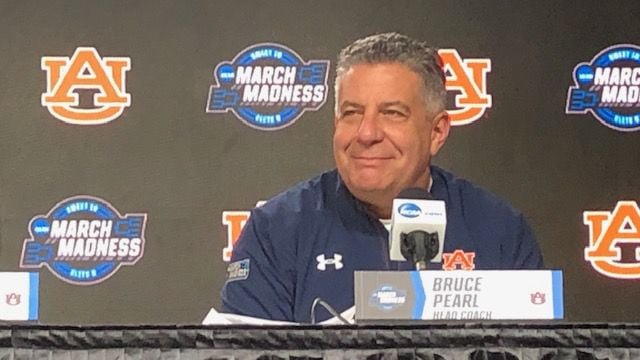 Auburn coach Bruce Pearl has lost an assistant coach in the federal investigation of college basketball but earned a pay raise.

Louisville coach Chris Mack and his staff look for answers on Saturday at Virginia.

Tennessee head coach Rick Barnes shouts from the sideline during the second half of an NCAA college basketball game against Vanderbilt at Thompson-Boling Arena on Wednesday, Jan. 20, 2016 in Knoxville, Tenn. (Adam Lau/Knoxville News Sentinel via AP)

Auburn coach Bruce Pearl has lost an assistant coach in the federal investigation of college basketball but earned a pay raise.

One thing that makes it interesting is we can argue about it from today until the next game is played.

Seven of the last 15 titles have been taken by coaches who were first-time winners, like Tony Bennett of Virginia in 2019.

Here is the question: Which coach is most likely to be next to join the club?

Only guys with 10 seasons of head coaching experience at the Division I level and at least one Elite Eight appearance were eligible.

He made his list (Here is the link). I countered with mine.

Feel free to disagree with his — or mine.

This isn’t a great week to tout Purdue considering both of Painter’s seniors will transfer and Painter sounded off on the topic on Dan Dakich’s radio show. (Good for him. He’s been criticized for not taking the high road, but it’s refreshing to hear a coach not hide behind a bland P.R. statement that everybody knows is spin.)

Painter does solid work, and he’ll create a way to keep Purdue competitive.

I respect Kruger, who showed up at the Final Four with Buddy Hield four years ago and also made it to Charlotte with Florida in 1994. Yes, he’ll be 68 in March, but the guy looks 48 and can X and O with anybody. He could make a run.

Norlander noted that he would have ranked Miller higher if not for all the questions percolating around the Wildcats’ program. He’s made four visits to the Elite Eight and seems likely to break through — as long as he keeps his job.

I went with Painter. He doesn’t recruit at the same level as Arizona, but he’s got a solid collection of backcourt players for the next two or three seasons. And the guys that left had lost their starting spots.

Huggins likely would have had his championship if not for the injury Kenyon Martin suffered at Cincinnati in 2000. Huggins can coach with anybody. You don’t want to play him in the NCAA Tournament.

But he’ll be 67 in September and doesn’t keep himself in the greatest shape. He always seems one or two players short against the better teams.

Williams, meanwhile, is an energizer bunny. He won at Marquette. He won at Virginia Tech. And he’s going to win at Texas A&M, where he recruited a Top-20 class for next season and already has a 4-star recruit orally committed for 2021.

Nothing to fuss about here. Few coaches do a better job than Hamilton of building deep, athletic and formidable rosters. His teams defend and rebound like crazy — and he won the Atlantic Coast Conference regular season title this season. I’m not concerned he will be 72 in August.

Altman had his breakthrough season when the Ducks made the Final Four in 2017. He’s challenged Miller and Arizona for the top spot in the Pac-12. Maybe he will break through. But I’ll bet against him and go off the board with Smart, who is more likely to show up on the Hot Seat lists.

Remember this: Smart has recruited at a high level in Austin. He’s had three one-and-dones (without making a major run, I realize).

The Longhorns rallied from an uneven start to put themselves in position to make the 2020 NCAA Tournament. They return much of their lineup and add Greg Brown, a Top 10 recruit.

The analytics formula that Bart Torvik created at BartTorvik.com ranks Texas his preseason No. 1 team next season.

I’ll buy a Powerball ticket on Shaka, who did make a Final Four at VCU, remember.

Barnes is a stud coach who can recruit and develop. Age (he’ll be 66 in July) is the only question.

Drew’s team was ranked No. 1 for a large chunk of last season. Like Hamilton, Drew does a nice job of finding and then developing guys off the radar.

Let’s be honest: You have to hold your nose with Pearl. The NCAA punished him at Tennessee and smoke surrounds his program at Auburn. But the guy always has players who don’t back down from anybody.

Considering what Barnes has done at so many stops, I gave him a bit more love.

Drew is definitely a Top 5 pick. So is Mack, who has navigated the transition from the Rick Pitino nonsense with an impressive amount of stability.

Some fans have moaned about his reliance on grad transfers but David Johnson, Samuell Williamson and the rest of this season’s freshman class gave him a foundational group. It’s complicated trying to recruit when the NCAA keeps dragging your program into the headlines.

Norlander gave Mack props for missing just one NCAA Tournament in 11 seasons as a head coach (yes, I’m assuming the Cardinals would have made the field this season).

I gave the edge to Pearl because of the way he has proven he can go toe-to-toe with John Calipari and win his share of games. And he went 25-6 this season after losing most of the major contributors from his 2019 Final Four team.

Knock the Zags all you want. For early NCAA Tournament defeats. For not competing in a Power Five conference. For the way some of their players (like Adam Morrison) flopped in the NBA.

This guy has built a program ranked in the top 10 in Ken Pomeroy’s final rankings the last four seasons. They’re always knocking on the door. They’re always in contention for a No. 1 seed.

Mark Few will get his title.