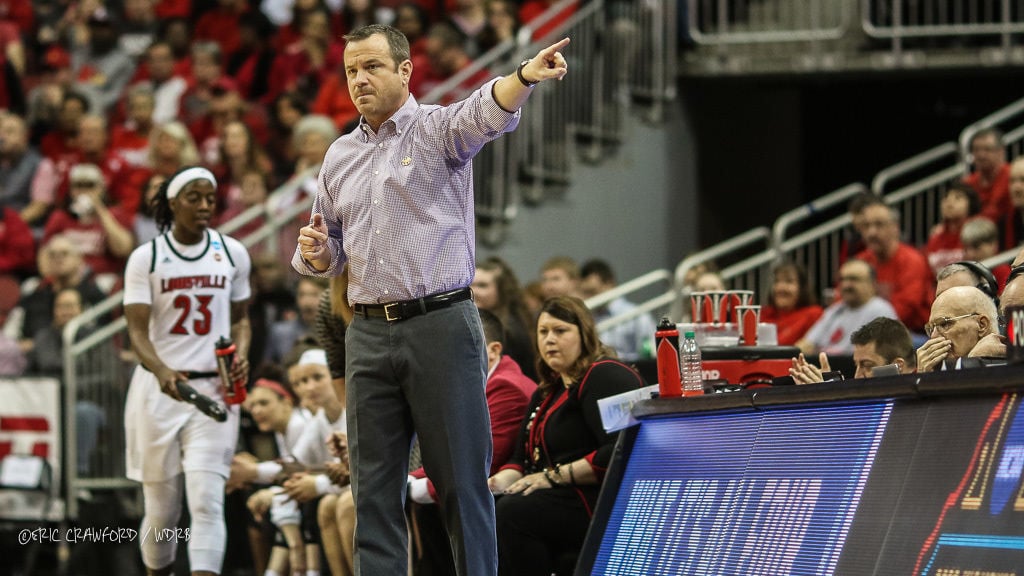 Jeff Walz said facing the U.S. Women's National team was a learning experience for his team. 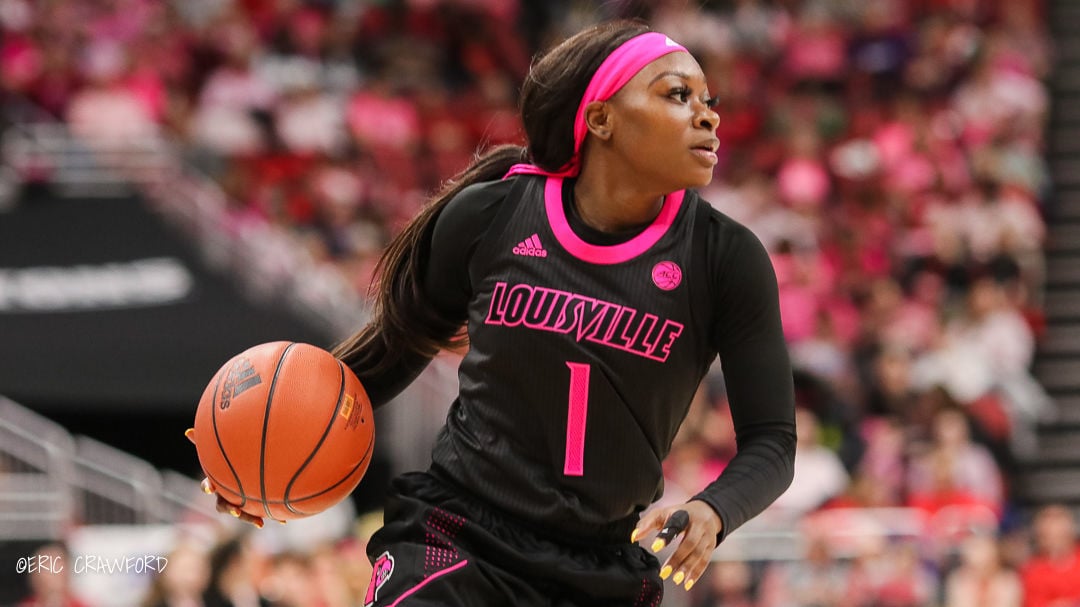 Dana Evans was named ACC Player of the Year on Tuesday.

Jeff Walz said facing the U.S. Women's National team was a learning experience for his team.

Dana Evans was named ACC Player of the Year on Tuesday.

LOUISVILLE, Ky. (WDRB) -- The calendar says this was supposed to be one of two weeks for campers at the Louisville women’s basketball program, a chance to work with nearly 1,000 young players.

“It really improves our fan base,” U of L coach Jeff Walz said. “It’s really part of the reason that I truly believe our fan base is as strong as it is, because we have a lot of families.”

Walz said he believed that coaches and players who adapt to the changes forced by the virus will have a considerable advantage next season. Those that complain and make excuses will find themselves trailing.

1. The best teams are self-driven.

“We're very fortunate,” Walz said. “You know with returning as many players as we do for this upcoming season.

“Those returners have been working extremely hard since the season was canceled. So, even though we're not able to, per se, have our individual workouts with them, it's a group of players that have the aspirations of competing to get back to a Final Four and winning a championship.

“And they know that you just can't wait for when the official word of, ‘Hey you're allowed to have workouts to start up with coaches,’ to start doing it.

“So they've been spending a lot of time on their own, and together. And so for us when we get back with them on the 20th (of July), we'll just pick right up kind of where we left off and then it'll be new for the freshmen, obviously, and Ahlana Smith, our (junior college) transfer.

“But everything else, I'm feeling really good about.”

The Cards will be without their two leading post players from last season: Kylee Shook and Bionca Dunham.

Perhaps Walz has been watching more video of the Golden State Warriors. He might try something different. His best player will be Dana Evans. At 5 feet 6 inches tall, Evans is an explosive scorer who has a chance to be the best player in the country. She might have more company than usual on the perimeter.

“I can see a lot more four-guard lineups at times and possibly five guards,” he said.

“I’m really excited about the possibilities of this team. They’re really ... the chemistry right now has been fantastic. But like I say, we have not played a game.

“There have not been minutes passed out. But I have seen plenty of teams that have had bad team chemistry in the summer that as soon as your year starts out it just tears everything apart.

“Right now I’m really really pleased where this team is. I think we can be a lot of fun to watch.”

3. Walz wants his players and staff to engage in social issues.

Athletes across the country have been strong participants in protests against social injustices and racism this spring and summer.

Walz said that he has encouraged his players to participate in the dialogue.

“I think it's really important,” he said. “It is actually something that, that we have done here from the get-go. It's not just something that started up as our attentions started to rise here (and) across our country. It's something we take great pride in talking with our players about.

“They need to have a voice and then it's important to know how to voice your opinion, how to give yourself a platform where you can get people to listen to your message.

“And we're very fortunate we have some wonderful young women, who as this continues to go, I think are going to have the opportunity to really have a strong voice within our community.

“And … I’m looking forward to seeing how they progress, how we progress as a staff, because there are a lot of injustices out there and we need to do our partto educate.

“I've been around town, I've been in situations where I've heard more dialogue from friends, from people I don't know, concerning what's going on in our world.

“And I think it's important. I always say … conversation is education. And the more conversations we have, the more educated everyone is going to get.

4. The coronavirus will be respected.

Walz said that every player except incoming freshman Hailey Van Lith, a guard from Wenatchee, Washington, has arrived on campus. Van Lith is expected in Louisville next week, well in advance of July 20, the date the NCAA selected for coaches to return to working with players.

Walz said none of his players has asked not to participate in voluntary small group drills because of concerns about COVID-19.

“We are doing everything and following every precaution that we can to make sure that they are in a good spot,” he said.

“And then we've had a lot of dialogue with our players to make sure they're doing their job outside of practice, outside of the weight room, the gym. It's just important that they do what they need to do to keep themselves safe.

“We just keep working hard and the kids, if anybody wants to have some concerns … I’ll listen to those concerns and if they're not completely comfortable with playing one-on-one, two-on-two, then they won't have to do that. So we're not going to force anybody to do something that they aren’t comfortable with.”

5. Walz has coached Louisville to three Final Fours and regularly has the Cards ranked in the Top 10.

Can this team be a national contender despite the losses of Jazmine Jones, Shook and Dunham, three of its top six scorers last season?

“Yeah, I’m pretty optimistic about this team,” he said.

“But I’ve been encouraged with their attitude so far. So Olivia will be a big one for us just because we don’t have as much post depth with the graduation Kylee Shook and Bionca Dunham.

“But she competes. She loves the game. So hopefully she’ll be able to come in as a freshman and give us some quality minutes.”