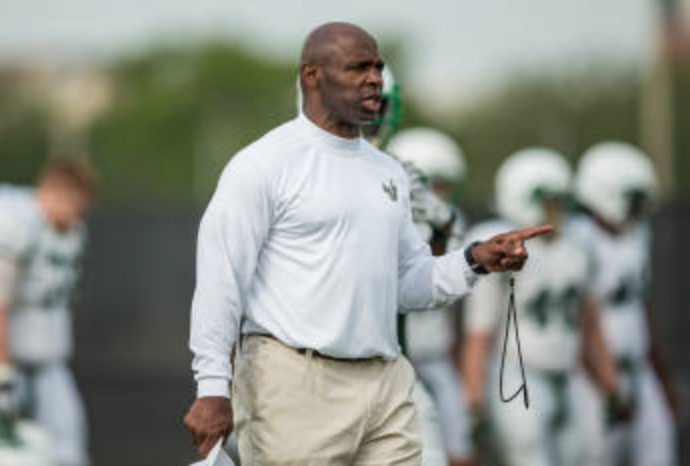 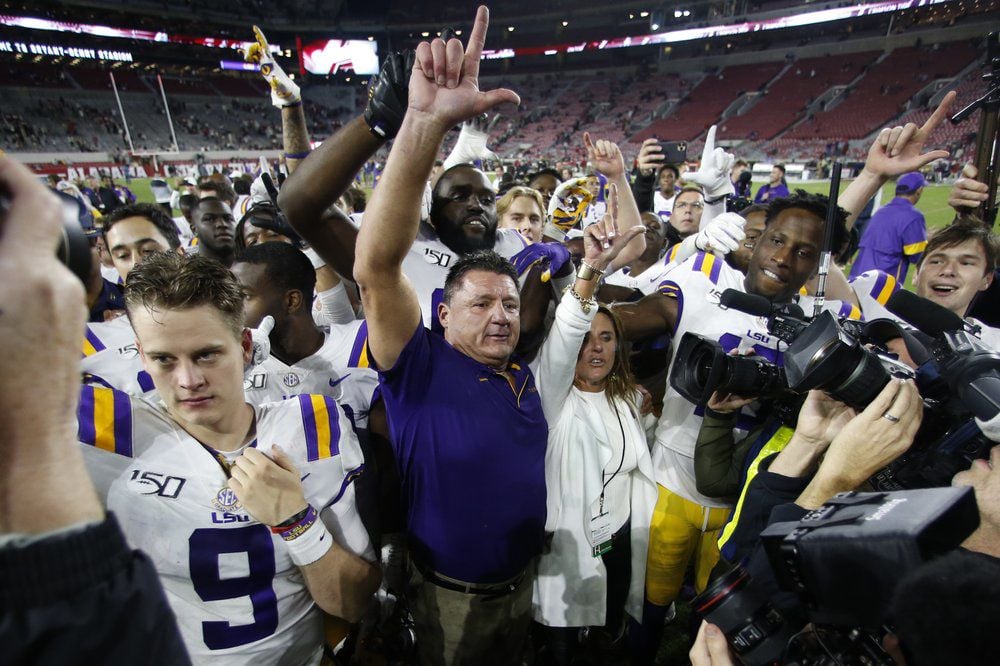 LOUISVILLE, Ky. (WDRB) — One more weekend and we’ll know all the teams that will play in the conference championship games.

One more weekend and it will be time to narrow the focus to a Top Four and Bottom 10. But, for now, it’s five and five.

1. Louisiana State (11-0) — The Tigers are going to the playoffs even if they lose to Georgia in the SEC championship game. (I won’t mention losing to Texas A&M Saturday in Death Valley because that’s not happening.)

Ed Orgeron earned bonus points with me by saying LSU didn’t celebrate beating Arkansas because Arkansas hasn’t beaten anybody in "a long time." Can’t ding a guy for truth-telling.

It was not Ohio State’s finest game, but there’s value in winning when you don’t play your best. I just wouldn’t recommend the same approach Saturday in Ann Arbor.

3. Clemson (11-0) — The Tigers are either criminally underrated because they’re drawing little national publicity or they’re vastly overrated because of the weakness of the Atlantic Coast Conference.

4. Alabama (10-1) — If the Crimson Tide win at Auburn, I can’t imagine the playoff committee looking into Nick Saban’s burning eyes and telling him Alabama will not roll into the final four.

5. Utah (10-1) — It’s too bad the Utes didn’t play a better non-league schedule than BYU, Northern Illinois and Idaho State because SEC Nation will hold that against them even if they finish the season beating Colorado and then winning the Pac-12 title game.

5. Texas (6-5) — Tom Herman was The Guy who was supposed to make Texas fans forget Charlie Strong. Strong was supposed to be the guy to make them forget Mack Brown, who was … Longhorns’ fans are learning that just because a guy can schmooze the media and administrators, it doesn’t mean he can beat Baylor.

3. Akron (0-11) — After losing to Miami (Ohio) Saturday, the Zips can finish 2019 as the only winless team among the 130 FBS programs. All they need to do is lose to Ohio University Tuesday. Seems doable. They’re 27-point underdogs.

2. Miami (6-5) — After looking like the second-best team in the ACC while dominating Louisville, the Hurricanes looked like they couldn’t win Conference USA while losing to Florida International. Coach Manny Diaz called it "one of the darkest nights in program history." And people wonder why the ACC doesn’t get any respect.

It was the Bulls’ third straight defeat. They’ll lose their fourth straight Saturday at Central Florida. They will not play in a bowl for the first time since 2014.

There were allegedly 25,136 people at the game, the Bulls’ smallest home crowd this season.

USF ranks 69th nationally in average attendance at 31,823 per game, about 18,000 less than Louisville. I wonder if Strong has chastised USF fans the way he once complained about crowds at Louisville?