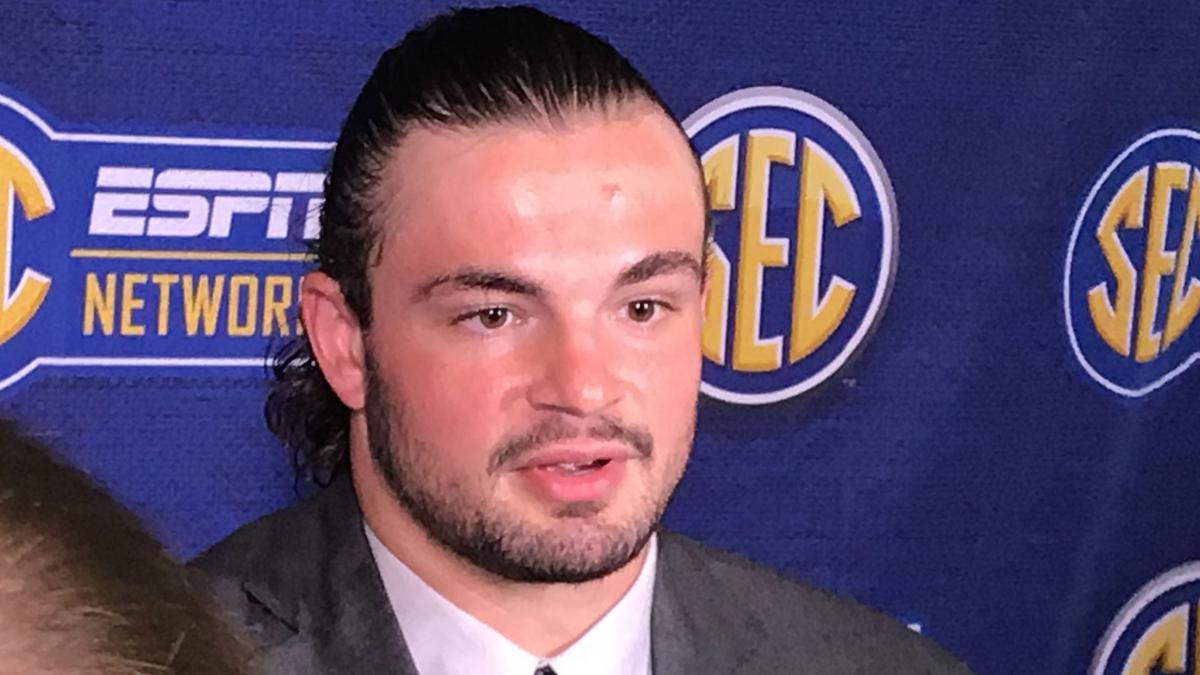 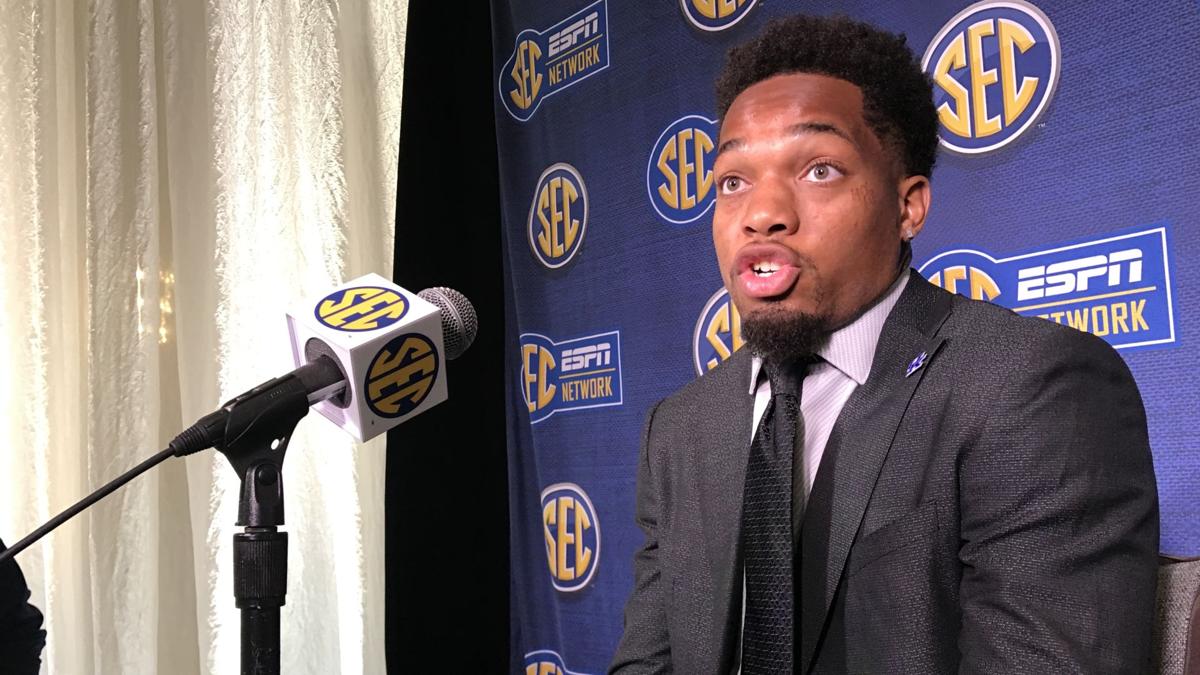 Lynn Bowden Jr played quarterback at Kentucky this season but projects as a receiver in the NFL. WDRB Photo/Rick Bozich

Lynn Bowden Jr played quarterback at Kentucky this season but projects as a receiver in the NFL. WDRB Photo/Rick Bozich

You know The Story.

The same one everybody who has covered the Wildcats has written since Bear Bryant left Lexington — that Kentucky won’t be a factor in the serious SEC football hootin' and hollerin'.

Behind Georgia. Behind Florida. Behind Tennessee.

But tucked inside the questions about Mark Stoops' consistent stacking of more talented recruits, the Wildcats’ proven strength on the defensive line and Lynn Bowden’s determination to emerge as a leader as well as a playmaker, one topic stirred extra-strength bile from Stoops and his players at the Hyatt Regency Wynfrey Hotel Thursday.

You know The One:

Why are the Wildcats a trendy and consistent pick to finish sixth in the SEC East after they trailed only Georgia in the division last season?

Why weren't any UK running backs listed among the 14 players that media members could vote for on the all-SEC pre-season team?

Why was there only one UK player (Kash Daniel) listed among the 22 linebackers and one among the 24 defensive linemen?

Why? This ballot was created by the league office, not those of us who cover the game.

"We see it," Bowden said. "It’s just motivation. People are going to have their opinions about Kentucky. We know how we feel about it."

And how do they feel?

"I see that (sixth-place prediction)," Stoops said. "I hear that.

Now people are talking about the Wildcats as if they’ll have to huff and puff to finish ahead of Vanderbilt?

Ready for a conspiracy theory?

"Nobody wants to see us win," Daniel said.

"Nobody," he said "Nobody wants to see us win."

Why would that be so?

Timeout, Kash. Do you actually believe that nobody wants to see Kentucky succeed?

"I really believe it," he said. "Everybody always picks us to lose.

"Everybody always wants us to lose, except my man Paul Finebaum (of the SEC Network). He picks us every once in a while. Shoutout to Paul."

I don’t believe we need to reconvene the Warren Commission to determine what’s going on here. I believe I can do it.

According to Phil Steele's College Football Yearbook, Kentucky returns 10 starters from last season. That is the lowest number of returning starters of any SEC team.

There is your opening argument. Fortify that with the history of the last four decades showing that the safe bet is to pick against Kentucky and you understand why the Las Vegas odds of the Wildcats winning the SEC East are 40-to-1. It’s difficult to imagine the defense limiting opponents to less than 17 points per game again.

Quarterback Terry Wilson ranked 14th in the SEC in passing yards per game last season, throwing nearly as many interceptions (8) as touchdowns (11).

Nine schools brought their starting quarterback to Hoover. Kentucky was not one of them. The biggest quarterback news in Lexington this week was that Stoops added quarterback Sawyer Smith, a grad transfer from Troy, to the UK roster. Hmmm.

"It’s all fuel," UK offensive tackle Logan Stenberg said. "I love when we’re underrated. It just gives us another chip on our shoulder to go out there and do what we're supposed to do. It really puts no pressure on us. If we have no expectations on us we can go out there and whip people’s tails and really surprise them.

"It’s right where we want to be. Go out there and prove everybody wrong — again."

Can Kentucky prove everybody wrong — again?

"We’ll shut it up for you on the football field."

Stenberg told me this will be the most talented offensive line the Wildcats have had during his five seasons in the program. The most experienced. The most athletic. The most together.

Bowden said Wilson has worked relentlessly to improve his passing skills, that Wilson is not deterred by the competition from Smith and that he will improve to one of the best quarterbacks in the SEC.

"Terry and I just have great chemistry," Bowden said. "We’re going to do some great things. We go together like peanut butter and jelly."

Daniel said that Josh Allen, Lonnie Johnson, Mike Edwards and the other departed defensive starters earned all their accolades.

Daniel said that the next wave of Kentucky defensive players is more physically gifted.

"We’re five steps ahead of where we were last year," Daniel said.

Stenberg did not argue. Bowden left everybody with this warning:

"Get your popcorn, set your seat back and get ready for the ride.'"

"And don’t try to jump on," Bowden said.

Shooting victim from Thursday's protest looking for answers about investigation