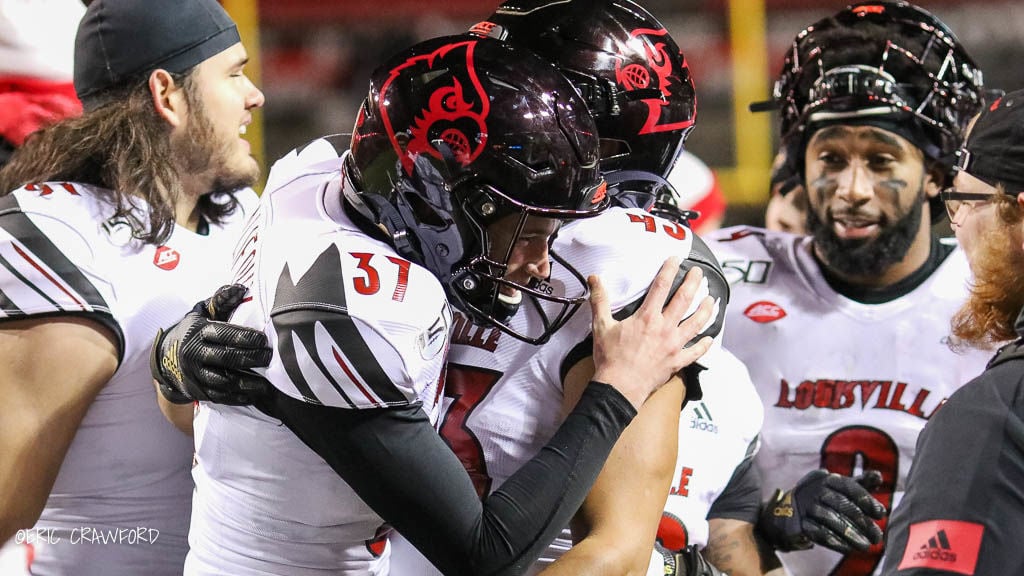 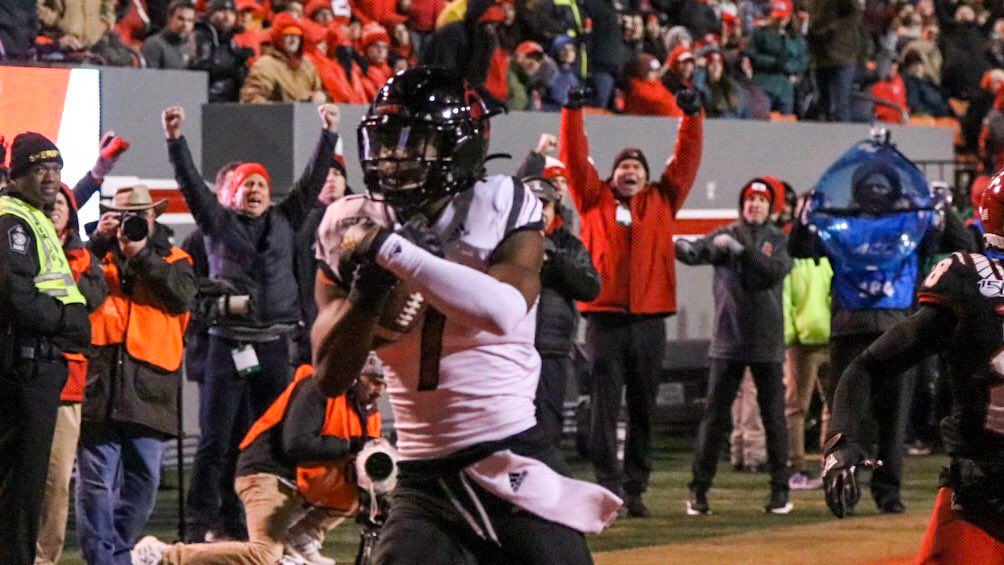 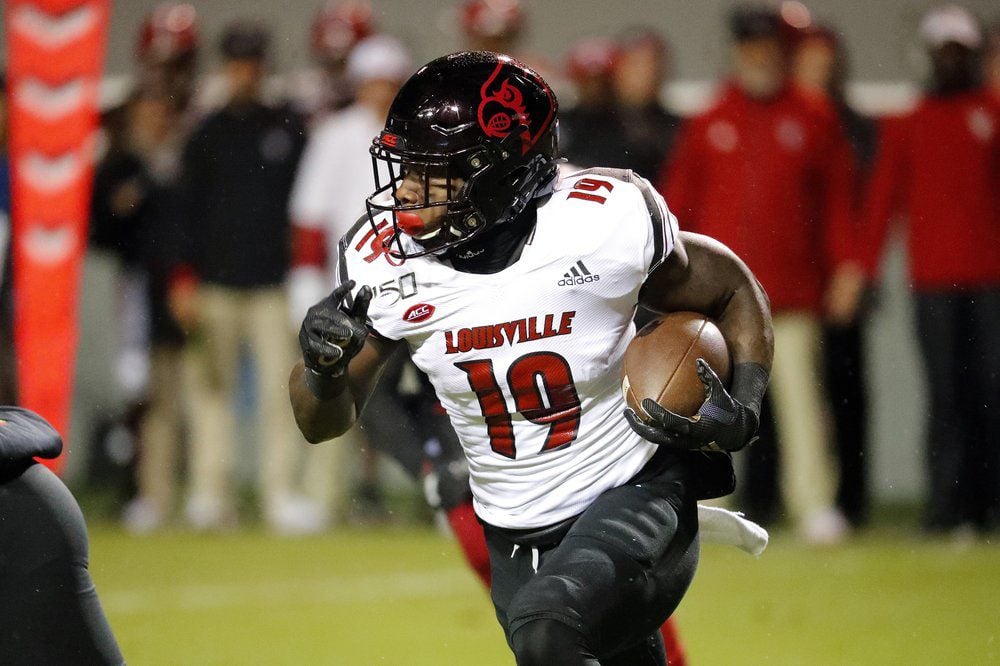 Louisville's Hassan Hall (19) runs the ball against North Carolina State during the first half of an NCAA college football game in Raleigh, N.C., Saturday, Nov. 16, 2019. (AP Photo/Karl B DeBlaker) 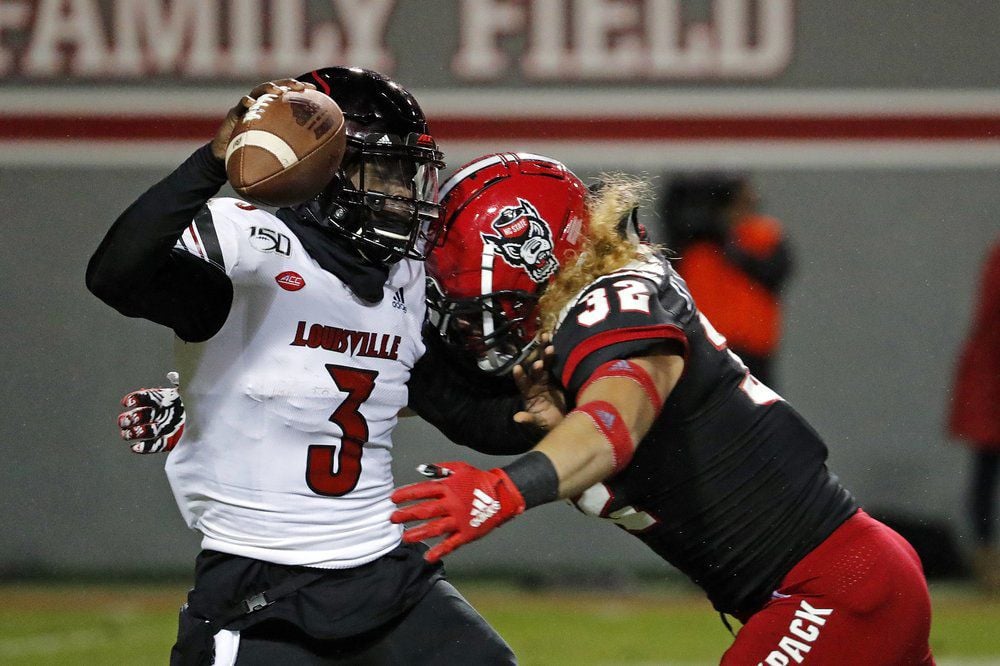 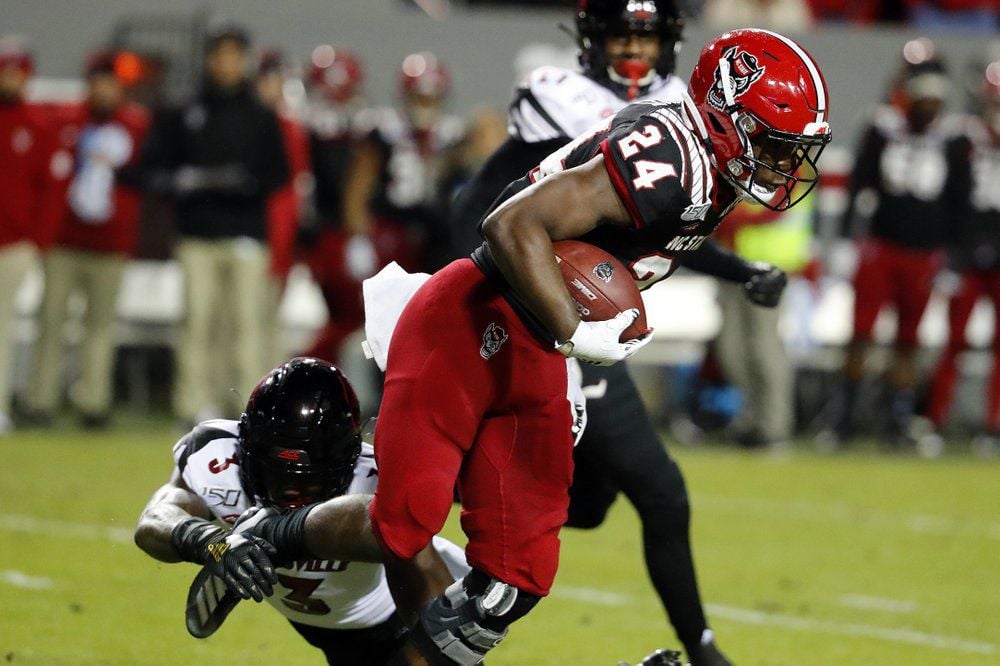 North Carolina State's Zonovan Knight (24) tries to break the tackle of Louisville's Russ Yeast (3) during the first half of an NCAA college football game in Raleigh, N.C., Saturday, Nov. 16, 2019. (AP Photo/Karl B DeBlaker)

Louisville's Hassan Hall (19) runs the ball against North Carolina State during the first half of an NCAA college football game in Raleigh, N.C., Saturday, Nov. 16, 2019. (AP Photo/Karl B DeBlaker)

North Carolina State's Zonovan Knight (24) tries to break the tackle of Louisville's Russ Yeast (3) during the first half of an NCAA college football game in Raleigh, N.C., Saturday, Nov. 16, 2019. (AP Photo/Karl B DeBlaker)

RALEIGH, N.C. (WDRB) – On a night when the University of Louisville gained bowl eligibility, it’s worth thinking back to where it came from. Again.

When Scott Satterfield took the U of L job last December, the only promises he really made were that he’d create a winning culture and treat players the right way. Anything else might take time.

Some wondered, with good reason, when Louisville might win another ACC game.

On a cold, windy night in Raleigh, Satterfield and his time-machine Louisville football team did something nobody was talking about when he was hired 347 days ago. They became bowl eligible.

And they did it, for the most part, on a poetic play. Sophomore kicker Ryan Chalifoux had missed a field goal and an extra point in the game, but on fourth and goal from the 7 with Louisville leading 27-17, he took a field goal snap directly, rolled to his right and found tight end Marshon Ford gleefully open in the end zone to put the Cardinals up 34-17, giving them the space they needed for an eventual 34-20 victory.

For those scoring at home, that’s walk-on to walk-on (though Ford was granted a scholarship before the season) for as important a touchdown as the team has had all season.

It also, to repeat a phrase used by Clemson’s Dabo Swinney when talking about Louisville earlier this season, shows that coaching matters.

The first half didn’t go well for the Cardinals. They trailed 10-7 at the break. But a 74-yard TD pass from Micale Cunningham to Tutu Atwell started the second half in the right direction, and the Cards didn’t look back.

Whatever else the Cardinals do this season, Satterfield has managed to put his name on a list that includes some other pretty impressive builders at Louisville. Howard Schnellenberger laid the program’s modern foundation. John L. Smith brought it back from the dead (the first time) when he took the Cards to a bowl immediately following Ron Cooper’s departure. Charlie Strong did it again after the departure of Steve Kragthorpe, and went on to build the infrastructure of a major-conference program.

Now, less than a year after Louisville looked like a laughingstock in a winless ACC season, Satterfield has immediately made this a program to take seriously again, and he has done it with a great many of the same players who suffered through last season’s debacle.

You can find more impressive accomplishments in the history of Louisville football, but few have been more unlikely.

The win, as I wrote a few weeks back, is a victory for some old fashioned ideas: Accountability, optimism, resilience and teamwork.

And for a university looking to work back from some hard times, it’s a sterling example of this object lesson: There are no shortcuts, but sometimes rebounding from adversity happens faster than you think.

Those are things that would’ve been worth being proud of even if the football team hadn’t become bowl eligible.

But as this football team has demonstrated now six times this season, winning makes everything else a good bit better.