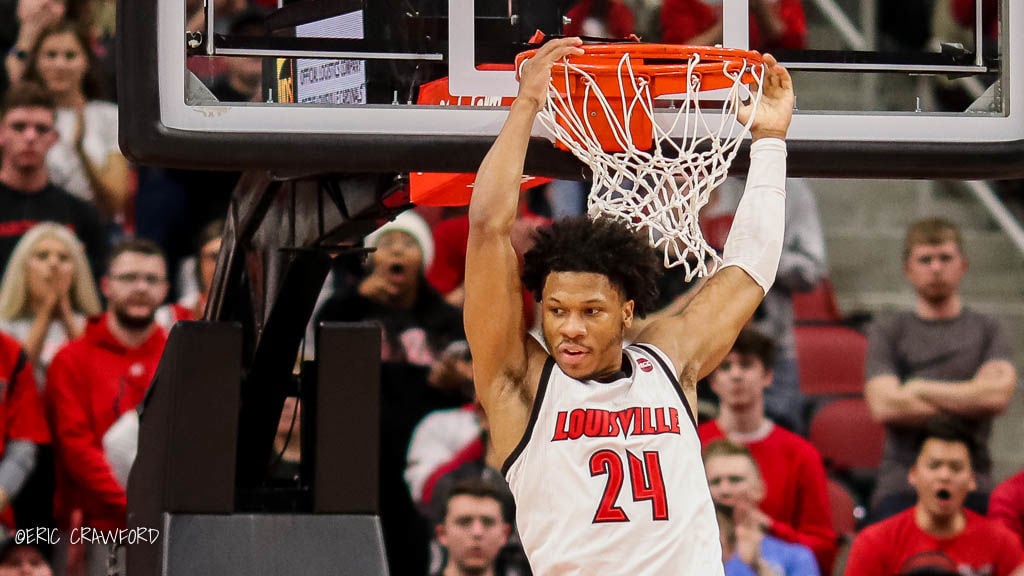 Dwayne Sutton has been a major force in Louisville's 7-0 start this season. WDRB photo/Eric Crawford 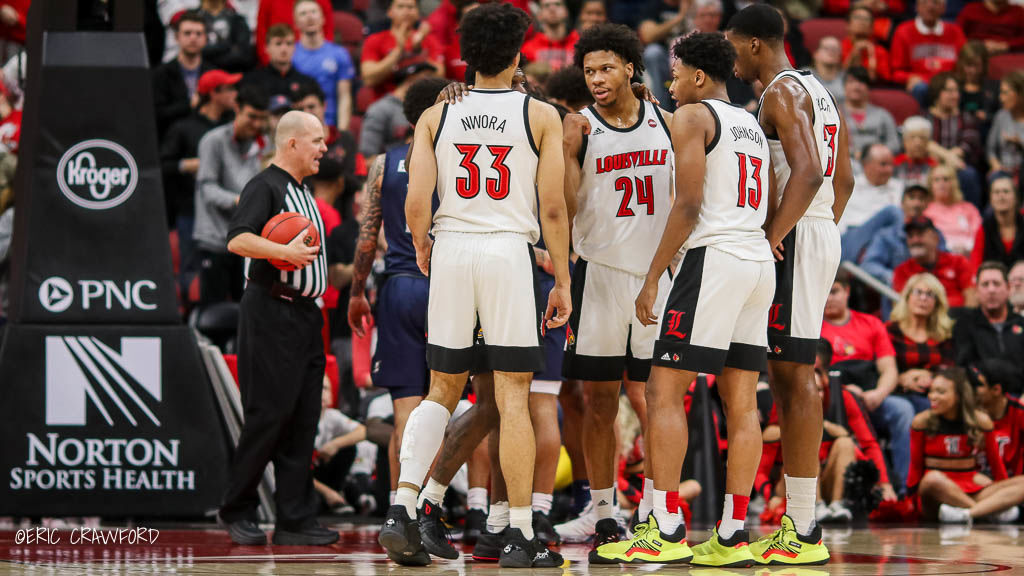 Louisville's players look to regroup after a late Akron run.

Dwayne Sutton has been a major force in Louisville's 7-0 start this season. WDRB photo/Eric Crawford

Louisville's players look to regroup after a late Akron run.

LOUISVILLE, Ky. (WDRB) -- After leading by 22 points early in the second half, the No. 2-ranked University of Louisville basketball team saw its lead dwindle to four in the closing minute, before hanging on for a 82-76 victory in the KFC Yum! Center Sunday.

The Cardinals got 18 points from Jordan Nwora and 17 from Steven Enoch, but were outscored by 10 points in the second half by a scrappy Akron team that hurt Louisville with dribble-penetration and timely three-point shooting.

Louisville could not contain Akron point guard Loren Cristian Jackson, who scored 10 points, eight of them on layups, in the final 5:40. He finished with 20 points, as did teammate Tyler Cheese. Channel Banks finished with 18.

"Well, we are thankful for the win," Louisville coach Chris Mack said. "I know for a team that has talked a lot about finishing, we didn't do a great job of that. I must recognize that there's a lot of growth for our team to make. It's not that I have been unaware. We need moments like the second half to find a little bit of reality of where our team is right now. I know everybody gets hung up on the rankings, but I'll say it as the head coach here, we have not earned that yet. Just like every team in the country in my opinion has not earned that yet. . . . I hope we're mature enough to not accept in victory what we certainly would not accept in defeat. We have a long way to go. Hopefully, tonight is a night we can learn from."

Louisville, as usual, got a lift from senior Dwayne Sutton, who finished with 10 points and 14 rebounds. But the generally sharp-shooting Cardinals went cold to finish the game, making just 2 of their final 15 field goal attempts in the final 10 minutes.

In turn, Mack said, that offensive difficulty led to a lack of effort on defense.

"I think defensively we were still thinking about offense," he said. "That's why I think our team certainly has a ways to go in terms of maturity. But we're going to get there.

The Cardinals couldn't get out of their own way late, committing offensive fouls and turning the ball over in crucial situations, especially against the press with a seven point lead and just 38 seconds to play.

Akron took advantage of that turnover and drove for a layup to cut its deficit to five, then Fresh Kimble made one of two free throws. Akron's Loren Jackson took the rebound of the miss the length of the court for a layup that cut the Zips' deficit to just four, but they could get no closer.

Malik Williams got his most extensive time since returning from foot surgery last week, playing 19 minutes and finishing with 6 points and 7 rebounds. In only eight minutes, freshman David Johnson had 9 points and 3 rebounds, making 4 of 5 shots from the field, in his second game as a Cardinal.