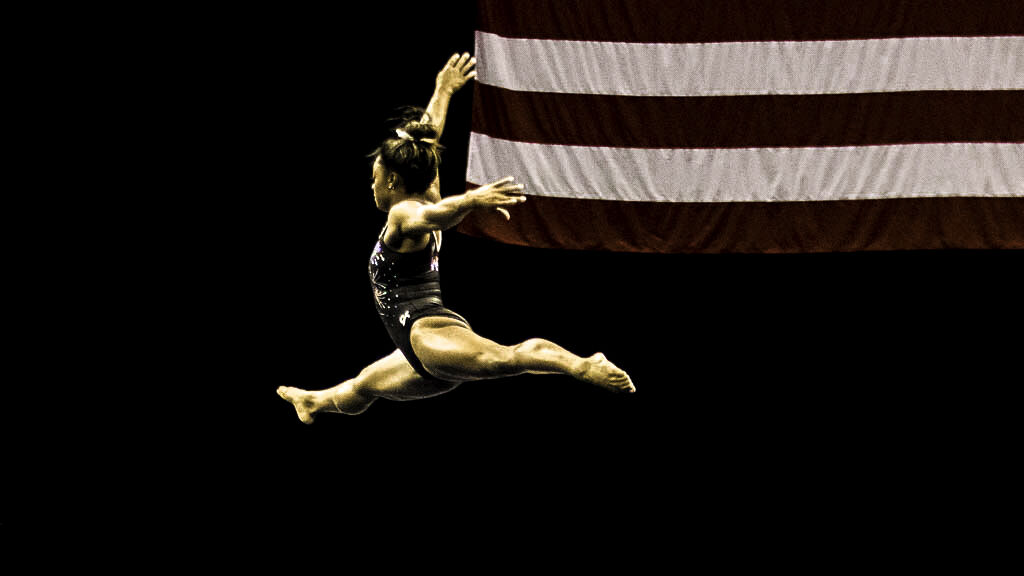 Simone Biles takes flight during floor exercise practice in 2019, during a gymnastics event in Louisville. 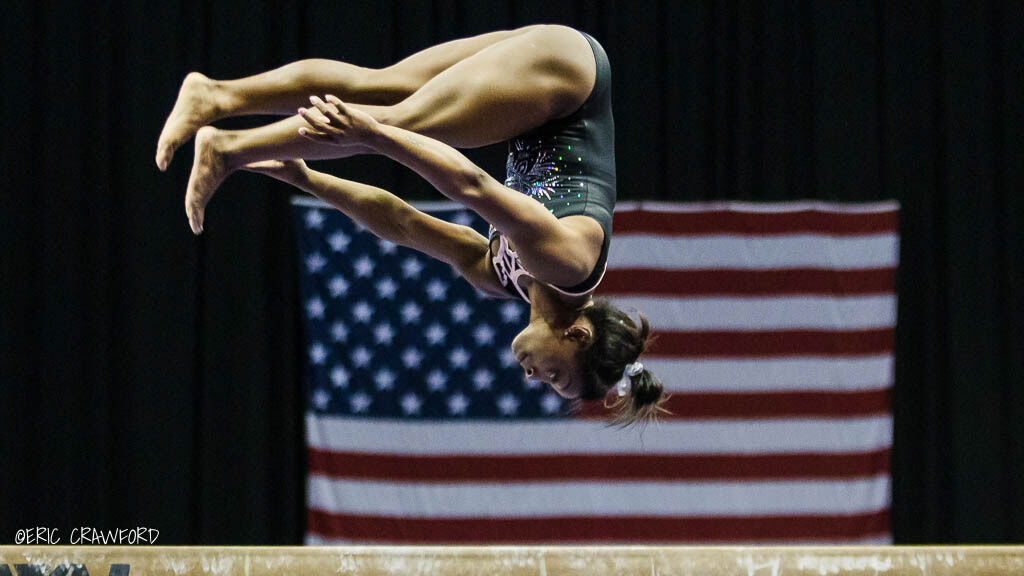 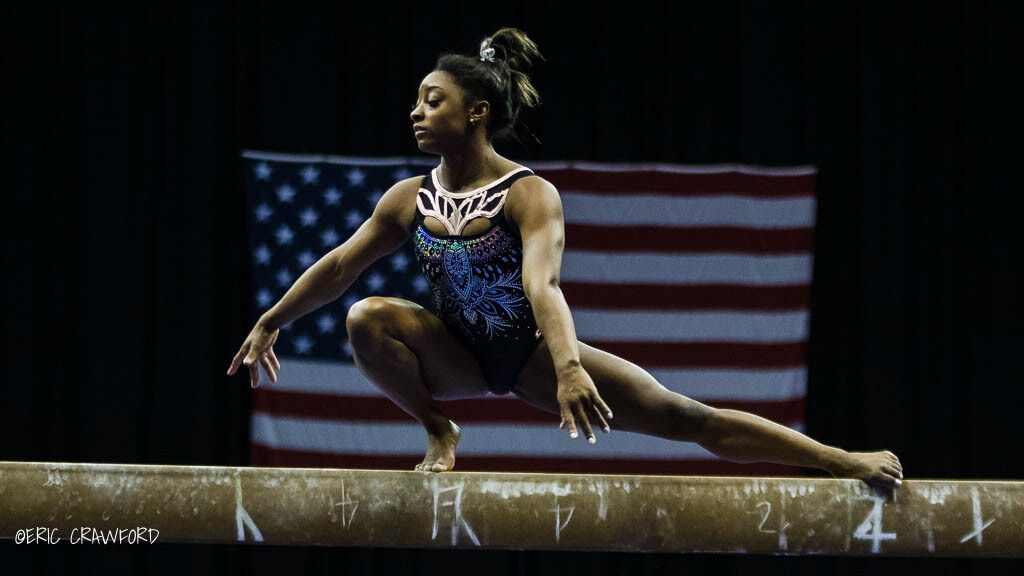 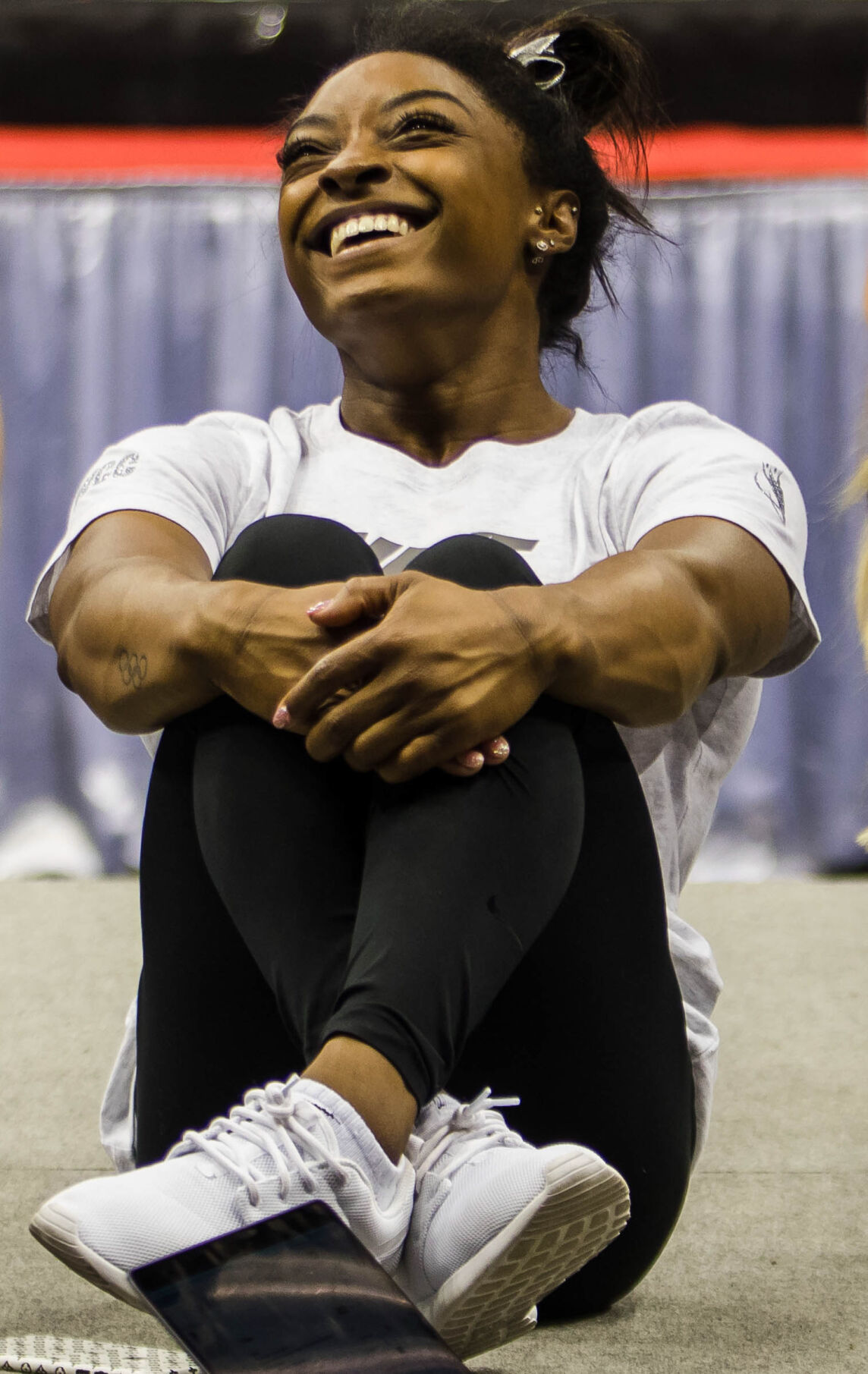 Simone Biles talks with reporters after a practice session in Louisville in 2019.

Simone Biles takes flight during floor exercise practice in 2019, during a gymnastics event in Louisville.

LOUISVILLE, Ky. (WDRB) -- On the morning Simone Biles withdrew from the Olympic gymnastics team competition for mental wellness reasons, I couldn’t even write about Biles dropping out of the competition. For my own mental health reasons.

Biles, who reaches a height of 10 feet on her vaults, lost herself somewhere mid-vault and did well to land on the mat without doing serious injury to herself in her final attempt Tuesday morning. After that, she left with a trainer and did not return to competition, instead cheering and encouraging her teammates. She is, of course, the best who ever lived at what she does. As a result, she still was able to look better than most people in the world while doing it. But she knew she wasn’t right.

I have seen, not a ton of people, but some people who should know better, criticize her for pulling out of the rest of the competition and then the individual all-around competition. You won’t see that here.

I’ve stood within a few feet of Biles while she was practicing on the beam. It’s not Lebron James working on his jumper. It’s a major injury waiting to happen each time Biles — and anyone in gymnastics  — leaves her feet. The beam is 4 inches wide, but it is a razor’s edge, as are the other apparatuses.

Most of us have little doubt that Biles, even at less than her best, could have won the Olympic gymnastics all-around competition. But we are not Biles. We are not in her head. We don’t know what she’s dealing with.

I do know that struggles with mental health are real. I am not engaged in a death-defying activity or even serious-injury-defying activity. I sit at a keyboard. The worst thing that’s going to happen to me is eye strain and perhaps some repetitive motion injury.

Still, I have days when I can’t answer the bell, when there is darkness and despair, and it just isn’t happening. You don’t know that because, it’s not on national television or even local. Most of the time, I get on TV and talk about sports in spite of it. But writing is another matter. It requires more focus and discipline over time. And I can’t do it sometimes.

I know a good many people reading this could tell their own story.

Now, I’m not the best in the world at anything. I’m not wearing “USA” on my sleeve. Nobody expects, when I write or say something, to see an effort that is the best anyone on the planet can turn in that day, or in fact, ever.

If I couldn’t answer the bell to write about what Biles was experiencing Tuesday morning, far be it from me ever to second-guess her decision. Biles has been, and still is, a supreme example of human achievement.

You will not find me in the club of those criticizing Biles for stepping away, even on the doorstep of gold medals. I do hope it is not a decision she will regret. But I think she knows, inside, that she wasn’t operating on that razor’s edge and that instead of writing about her withdrawal, we’d likely have been writing about her failure on her final stage.

And people would have. The headline I woke up to after qualifying was that “Russians top Biles, Americans in gymnastics qualifying.” (It was an Associated Press headline, not a WDRB headline, though it did run on our site.)

The Russians, of course, did not top Biles. She was No. 1 in the all-around scores. All the same, she wasn’t at top form, and everyone knew it, including her.

The podium, you see, makes you a target. We like to knock people down sometimes, especially when they’re at the top, even if they’re our heroes.

From the little girl who found herself in the foster care system to a family that loved her and nurtured her gift to the USGA, which subjected her to a sexual predator and his molestations, to the fame she brought them and that they profited from, I can’t imagine a tougher elite athlete in my lifetime. She won the all-around in the 2018 World Championships with a kidney stone.

Biles could skip a dozen Olympic competitions, and U.S. Gymnastics would still be in her debt. She overcame everything. And she was an inspiration because of that.

And now, perhaps, she will be an inspiration for her final competitive gymnastics act, which was less a high-flying feat than simply walking away. The medals and accomplishment she had worked so hard for over four years, and then a fifth year, suddenly were less important than her physical and mental health and well-being.

It has become clear to me that we didn’t just witness Biles’ final act as an Olympian but the first act of the rest of her public life. She passed the torch. She didn’t let it consume her.

There is something in all of us — and in Biles, too — that has been programmed not to quit. And yet, there are things we all have encountered, even things we love to do, that we might do well to quit, that are not in our interests.

I know there are many people who struggle with depression and darkness and the weight of expectations every day. All of us can take some heart we have something in common with one of the greatest athletes of our lifetimes. We might not have known that before the Olympic games. We know it now.

And that knowledge, perhaps, is an Olympic parting gift worth much more than a gold medal.