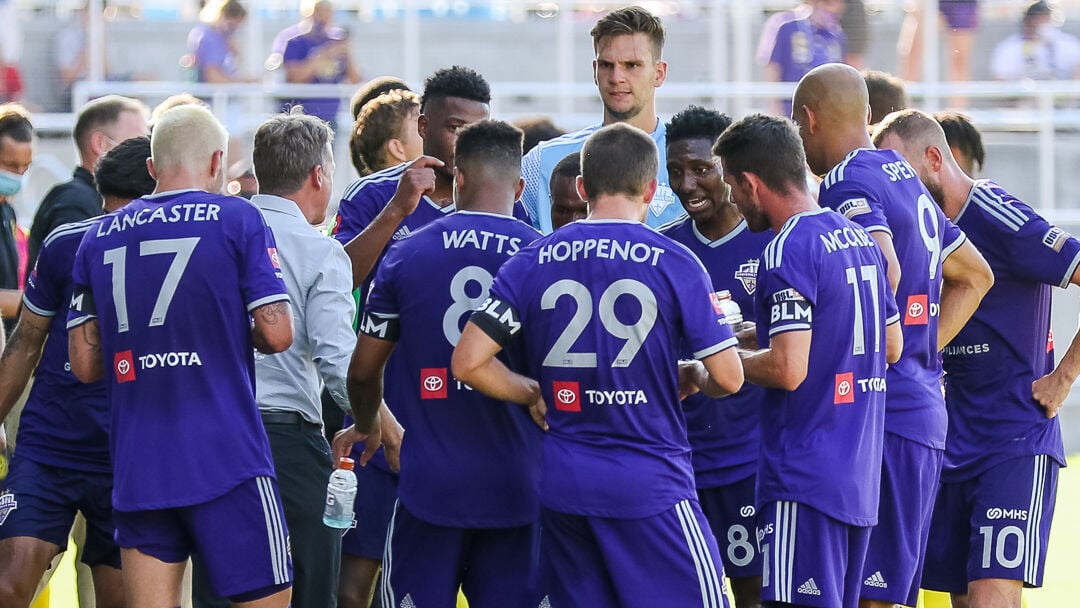 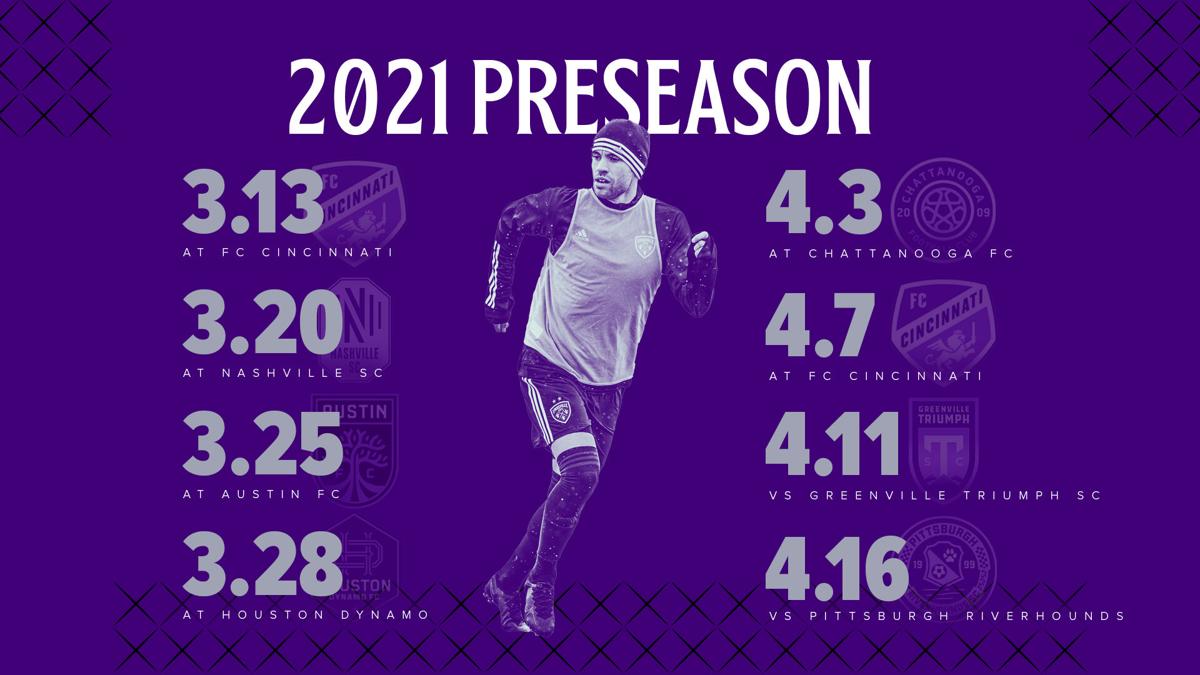 LOUISVILLE, Ky. (WDRB) -- Louisville City FC will warm up for its 2021 USL season with exhibition games against several Major League Soccer opponents, among others, in a an eight-game preseason slate announced by the club on Thursday.

All MLS exhibitions will be closed to the public as clubs follow COVID-19 health and safety guidelines. However, LouCity is expected to play at least one preseason game in front of fans.

In addition, LouCirty's lone preseason home match, against the USL Championship’s Pittsburgh Riverhounds SC on Friday, April 16, will be ticketed pending approval from state and local officials; further details will be announced later.

LouCity's other preseason game, against USL League One member Greenville Triumph SC, will be closed to the public and played at a neutral site.

"We've assembled a highly competitive preseason lineup that will prepare us well for the USL Championship's regular season," said LouCity's head coach and sporting director, John Hackworth. "With the majority of our roster back from last year, we're looking forward to finding our rhythm again and working in our new players in the coming weeks."

The former USL Championship member Nashville SC is fresh off a successful debut MLS season. Nashville qualified for the MLS Cup Playoffs and advanced to the Eastern Conference Semifinal before bowing out against eventual league champion Columbus Crew SC.

FC Cincinnati is a familiar foe from its USL Championship days, too. Former bitter rivals have in recent seasons found common ground with goalkeeper Ben Lundt loaned to Louisville in 2019 and 2020. The reigning USL Goalkeeper of the Year will get his shot at the MLS level this season.

There’s a noted connection between LouCity and Austin FC, the 2021 MLS expansion club next up on the schedule. Austin’s director of operations, Andrew DiLallo, worked with Hackworth both at U.S. Soccer and LouCity as the club’s former vice president of soccer operations.

The longer-tenured Houston Dynamo, making up the second leg of LouCity’s Texas swing, have a pair of familiar names on their roster. Forward Tyler Pasher previously starred for the Indy Eleven, while goalkeeper Kyle Morton was a standout between the posts last year at Saint Louis FC.

Chattanooga FC, which plays home games at 20,412 capacity Finley Stadium, ranks among the most successful lower-division clubs in the country. In recent years, it transitioned from an amateur side that produced LouCity midfielder Niall McCabe to a professional outfit.

Greenville is led by reigning League One Coach of the Year John Harkes, the former U.S. National Teamer and FC Cincinnati manager. The Triumph are a formidable side having been one win away from a title in their inaugural 2019 season before securing the championship in 2020.

As for Pittsburgh, LouCity met the Riverhounds twice last season. They spoiled Lynn Family Stadium’s debut, a 3-1 final, before the boys in purple got their revenge with a 2-0 Eastern Conference Quarterfinal win. It’s unlikely these clubs meet in the 2021 regular season with the USL Championship placing them in separate divisions.