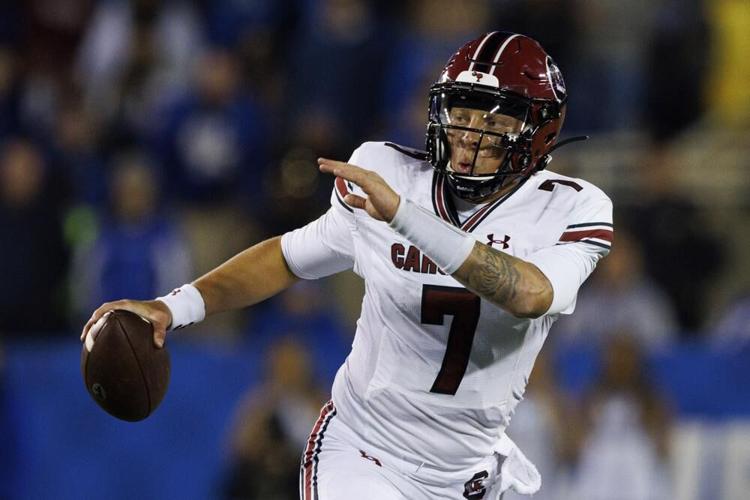 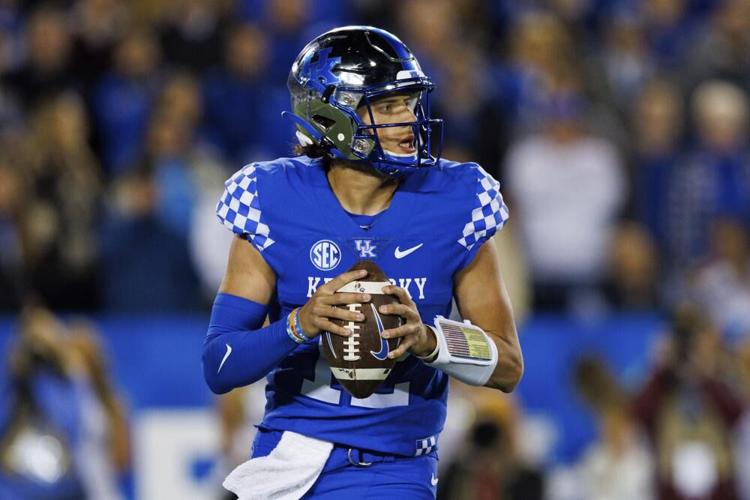 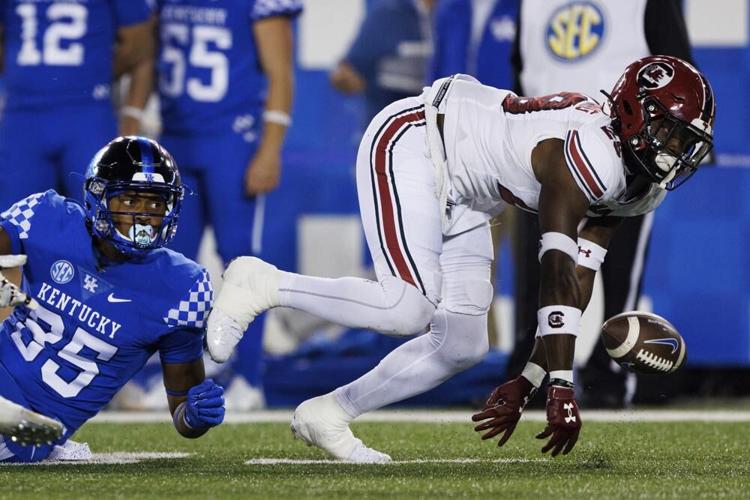 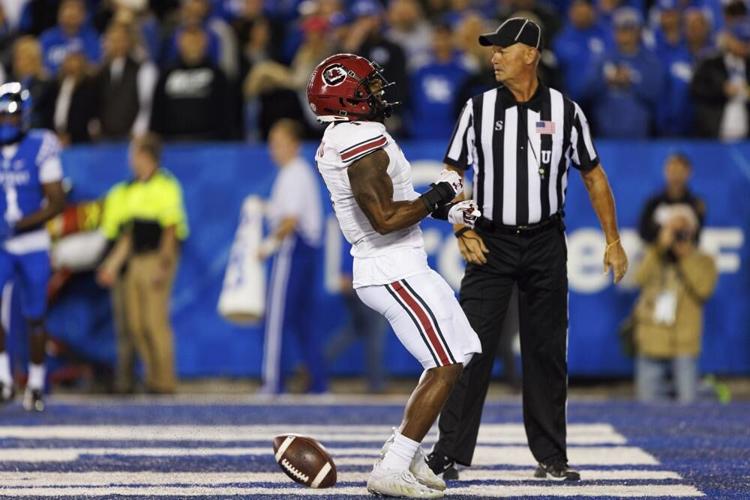 South Carolina running back MarShawn Lloyd (1) celebrates after scoring a touchdown against Kentucky during the first half of an NCAA college football game in Lexington, Ky., Saturday, Oct. 8, 2022. (AP Photo/Michael Clubb) 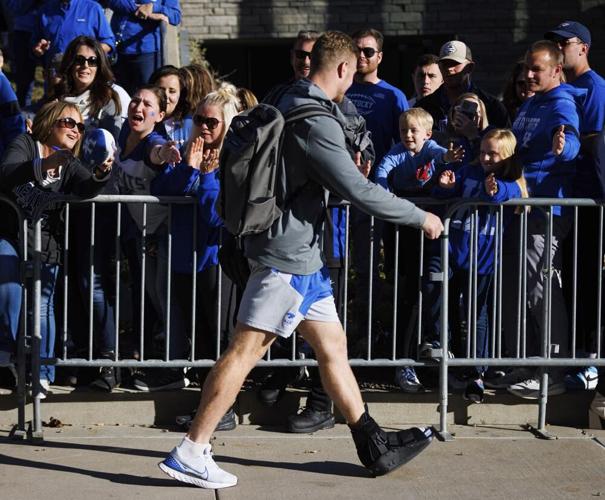 Kentucky started freshman Kaiya Sheron at quarterback in place of injured senior Will Levis, who wore a protective on his left foot.

Sheron (15 of 27, 178 yards) tossed a 10-yard TD pass JuTahn McClain with 2:49 left, his second of the game, but the Wildcats fell for the second consecutive week in league play.

Mystery preceded this defeat as Levis entered Kroger Field with a boot on his left foot and did not participate in warmups with teammates. Earlier this week, Kentucky coach Mark Stoops referred to a finger injury Levis sustained in last week's 22-19 loss to No. 9 Mississippi, but didn't mention any foot injury and remained mum on the quarterback's status on Thursday.

Disaster quickly followed with Rodriguez's fumble, a blocked punt and Matt Ruffolo's missed 45-yard field goal that bounced off the left upright. Sheron regrouped to fake a toss to Rodriguez and hit wide-open Jordan Dingle for the tying touchdown in the second quarter, but Kentucky was held to its lowest output since losing 30-13 to top-ranked Georgia 30-13 last season.

Kentucky's poll stay is in jeopardy after a second consecutive loss.

South Carolina: Gifted with a turnover on the first snap, the Gamecocks converted but couldn't reach the end zone until the third quarter. Rattler fumbled on a sack and was intercepted, but found a groove with short passes that turned into big gains. The defense limited Sheron's passing options after the TD to earn a much-needed win.

Kentucky: Offensive falloff was to be expected without Levis, but the Wildcats quickly dug a hole with a first-play fumble and special teams failures. Other than Sheron, the offense stalled. More puzzling were the defensive breakdowns that allowed Rattler to pick them apart, which is not good with red-hot Mississippi State up next.

South Carolina has a bye before hosting Texas A&M on Oct. 22.

Copyright 2022 The Associated Press. All rights reserved. This material may not be published, broadcast, rewritten or redistributed without permission.