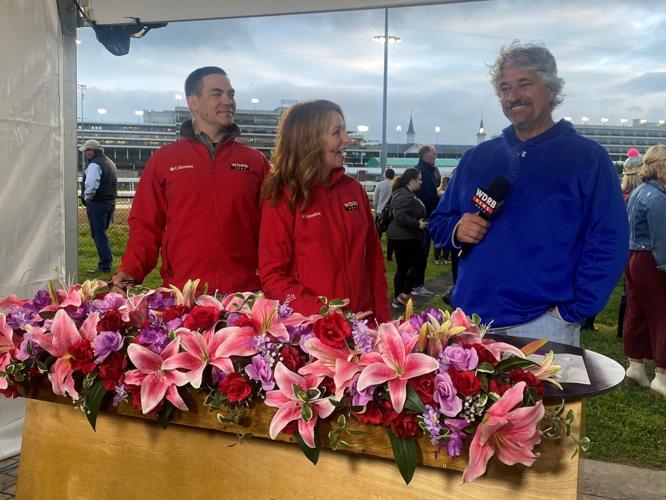 Sterling Riggs and Candyce Clifft talk with hall of fame trainer Steve Asmussen on the backside of Churchill Downs. May 4, 2022. 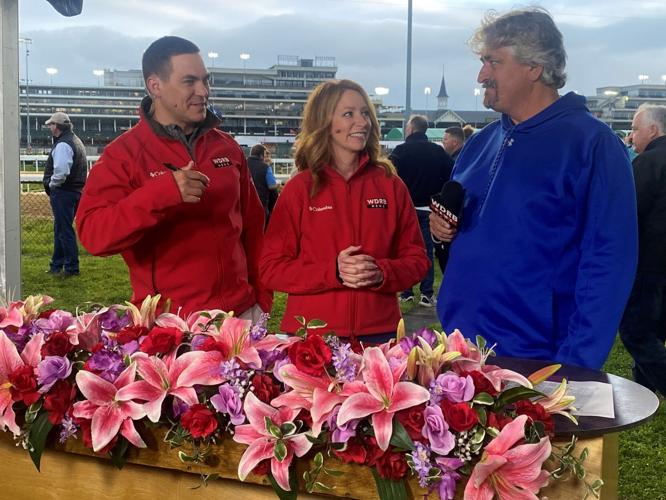 Sterling Riggs and Candyce Clifft talk with hall of fame trainer Steve Asmussen on the backside of Churchill Downs. May 4, 2022.

Epicenter topped the leaderboard for points coming into the race, and the Kentucky bred colt is a second favorite at 7-2.

"Everything seems to be coming together perfectly," Asmussen told WDRB in the Morning on Wednesday. "Obviously, a very talented horse, another great prospect from Winchell Thoroughbreds. He's run fast races recently. He's coming into the race really well. He's trained great over the Churchill surface. He actually has a victory here last fall as a 2-year-old. He's given us a lot of confidence."

Asmussen said he's a little concerned for Epicenter's post draw, which puts him coming out of the three hole.

"It just makes it that much more important in his first jump to get away from there cleanly and get into the rhythm that he's had success with," he said.

Asmussen said jockey Joel Rosario knows Epicenter well and has a lot of confidence in him.

"I think what we're looking for is peak performance from a very good 3-year-old," he said. "He obviously stacks up against this year's group, and I think the routine is to stay the same with him. His demeanor has been very solid. He's focused."

Asmussen has had 22 Kentucky Derby starters, but the best he's done is second place in 2017 with Lookin' at Lee and second with Nehro in 2011. He is in the National Museum of Racing Hall of Fame and his horses have won huge races including the Preakness Stakes, Belmont Stakes, Breeders' Cup Classic and the Kentucky Oaks. But the Kentucky Derby is a jewel he has yet to claim.

"No stranger to running in the Derby, but we are yet to win it," he said. "So the only thing we don't know how to do is the trip to the infield for the trophy."

Asmussen is hoping his filly Echo Zulu will win the lilies in Friday's Kentucky Oaks. The undefeated 2-year-old Eclipse Champion is a 4-1 favorite that breaks from post seven.