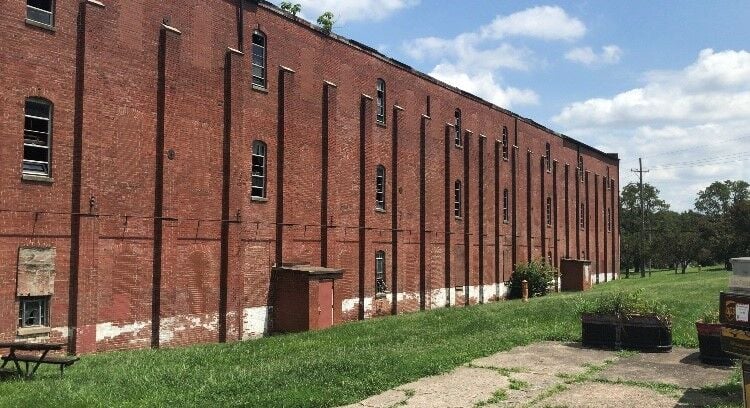 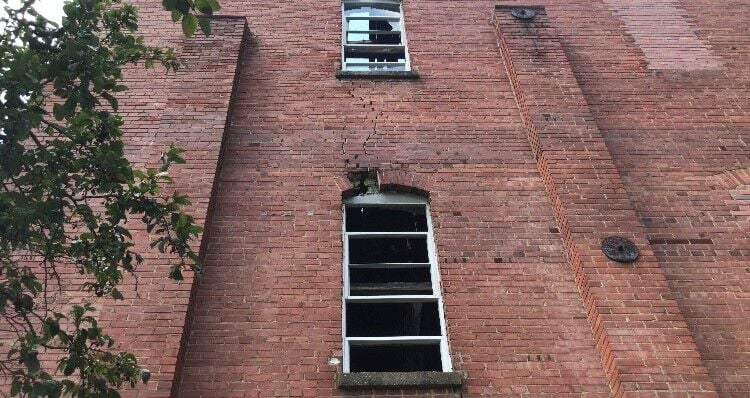 A deteriorating former warehouse at Distillery Commons is in "imminent danger" of failing or collapsing and will be demolished under an emergency order issued Friday.

LOUISVILLE, Ky. (WDRB) -- A deteriorating former warehouse at Distillery Commons is in "imminent danger" of failing or collapsing and will be demolished under an emergency order issued Friday.

An inspector who visited the building found its condition to be "open, unstable and unsafe," according to an affidavit obtained by WDRB News.

The abrupt decision to raze the 19th century Nelson Distillery Rickhouse, which became a city landmark in 2020, is a reversal from a previous assessment by Metro government just two weeks ago that the building didn't pose an immediate threat.

But Caitlin Bowling, a spokeswoman for Louisville Forward, said Friday's analysis was the first conducted by the city's Codes and Regulations department. An earlier conclusion was part of a planning report and was based on the work of an independent structural engineer hired by a company seeking to redevelop Distillery Commons, she said.

The demolition schedule hasn't been set. Bowling said it's likely to occur within the next two weeks and require the temporary closure of Lexington Road. A sidewalk in front of the building had been closed Friday afternoon, Metro Council member Bill Hollander said on Twitter.

The rickhouse at the corner of Lexington and Payne Street sits on land eyed by Bamboo Equity Partners of Creve Coeur, Mo., which wants to tear down the building and replace it with a five-story structure with apartments and commercial space. Bamboo Equity also would turn the neighboring Distillery Commons building into apartments.

The Distillery Commons site is owned by Barrel House Lofts LLC, which would sell the buildings to Bamboo Equity for its project. Cliff Ashburner, an attorney representing the developer, said the demolition cost will be privately funded.

Bamboo Equity sought city permission to tear down the rickhouse in July. City planning staff visited the site August 12 with the developer's representatives and a structural engineer, according to a report submitted August 19.

The report acknowledged that the condition of the building had deteriorated and needed maintenance and other work. But it concluded that "the building is not an imminent threat to public safety" and didn't qualify for Bamboo Equity's demolition request.

The matter then went to the Individual Landmarks Architectural Review Committee, which didn't take action on Wednesday in order to give members an opportunity to tour the site. Bowling said that visit occurred Friday and included Codes and Regulations director Robert Kirchdorfer, who serves on the committee.

Inspector Kevin Manring concluded that the majority of the roof has collapsed and most of the "post tension cables have come loose."

"Failing 40 foot brick walls at the corners along the public right away (streets and sidewalks) makes this structure an imminent danger," he wrote.

Martina Kunnecke, an independent candidate for Louisville mayor and president of the Neighborhood Planning and Preservation advocacy group, went to the architectural review committee meeting this week hoping to protect the building.

The demolition is the latest change to the Irish Hill neighborhood, she said Friday.

The review committee no longer will consider the demolition request, Bowling said, but will instead be asked to approve the new construction in its place. The city planning report had recommended that happen if the building ultimately was razed.

And now, despite its status as a city landmark and on the National Register of Historic Places, the rickhouse's days at the corner of Payne and Lexington are numbered.

"Unfortunately, over the years, Father Time, as they say, is undefeated," said David Zoeller, who works at a car repair shop with a view of Distillery Commons.

"When you want to take that down and bring something fresh and new in, it really changes the landscape and the history of the city."