But instead of the week delay sought by the attorney general, Jefferson Circuit Judge Ann Bailey Smith ordered the documents to be turned over to the court by noon Friday. They were originally due by noon Wednesday.

Cameron's motion, entered in the criminal case against former Louisville police Det. Brett Hankison, seeks the delay "in the interest of protection of witnesses, and in particular private citizens named in the recordings."

Elizabeth Kuhn, a Cameron spokeswoman, said in a statement that the audio recording is more than 20 hours long and includes "personally identifiable information" such as addresses and phone numbers.

Bailey Smith ruled earlier this week that the recording must be made public, an option allowed under Kentucky court procedures for the typically secret grand jury proceedings.

Lawyers also have asked Bailey Smith for a "limited protective order" in a filing Wednesday morning for 13 unnamed people who spoke to the Louisville police's Public Integrity Unit and gave additional statements to Cameron's investigators.

The order would shield their names' addresses and phone numbers from being released publicly because they "have a credible and well-founded fear of reprisal" because of their role in the case. 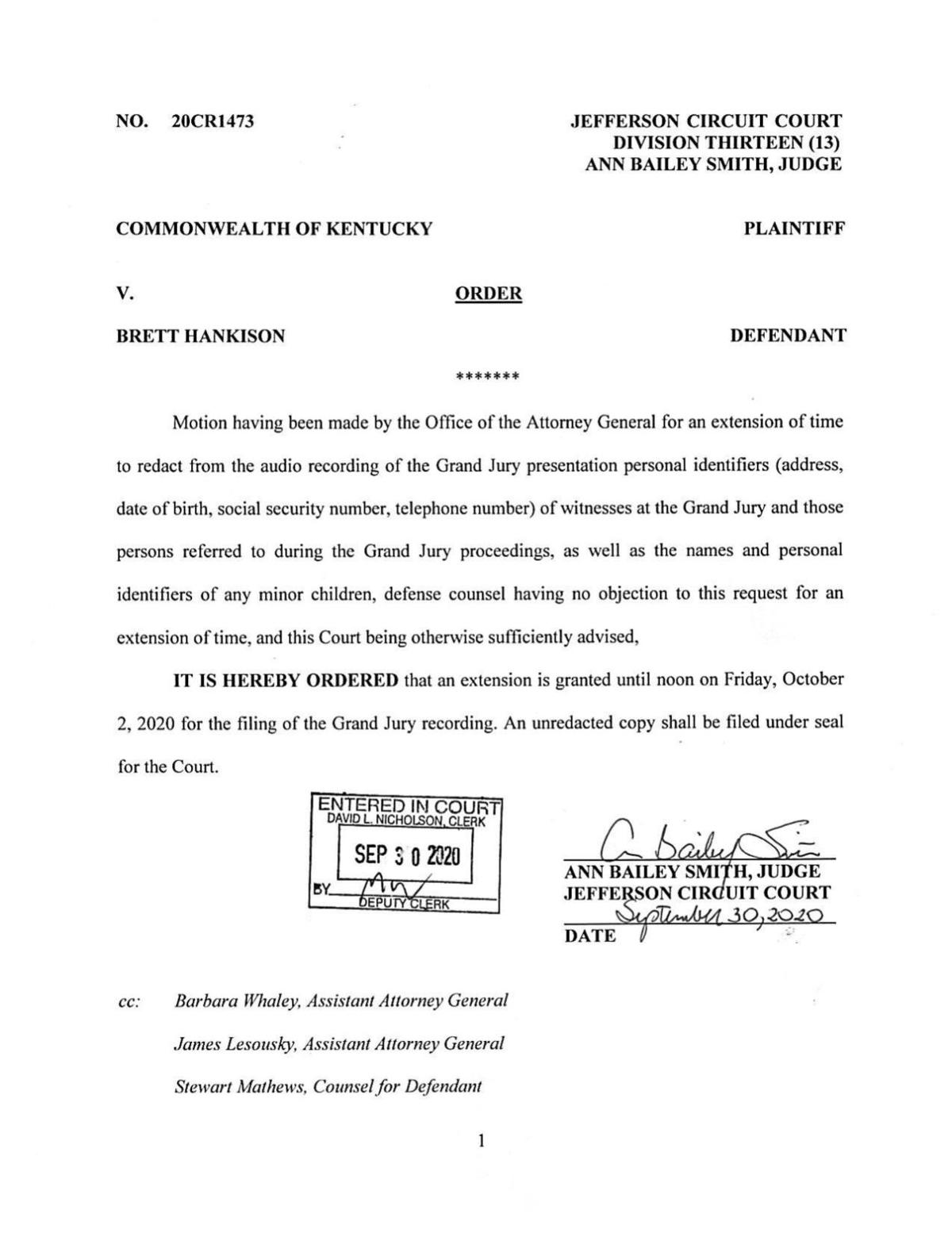 Attorney Todd Lewis, who is representing the 13 people, said "we represent a group of witnesses who are seeking to ensure that their private identifying information is not available for use for reprisals and intimidation. We’re seeking that relief on behalf of any witness in the case who feels the same way."

The motion said the witnesses are not targets of the investigation or "suspected of any wrongdoing in connection" with the Taylor shooting.

They are, according to the motion, "simply, innocent third-party witnesses" whose personal information should be protected "because of the credible threat of reprisals."

A grand jury last week indicted Hankison on three counts of wanton endangerment for shooting into an apartment neighboring Taylor's in the complex near Pleasure Ridge Park on March 13.