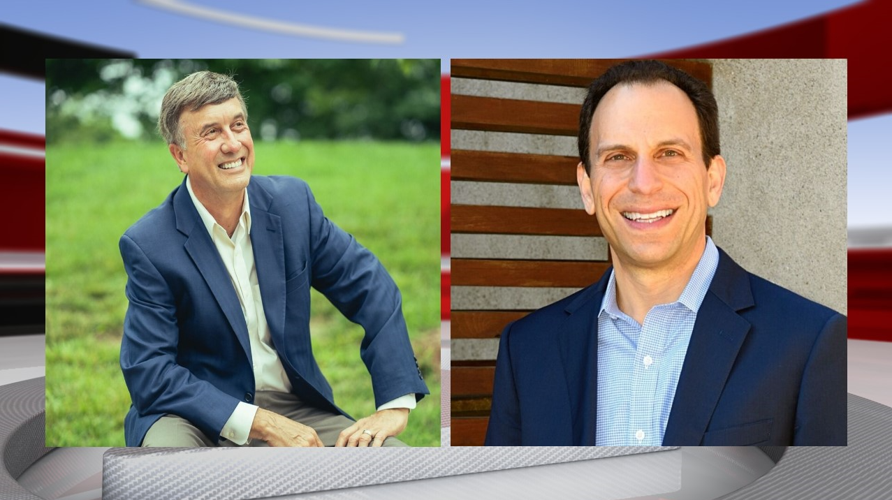 Republican Bill Dieruf and Democrat Craig Greenberg will face off in the November general election for Louisville mayor. 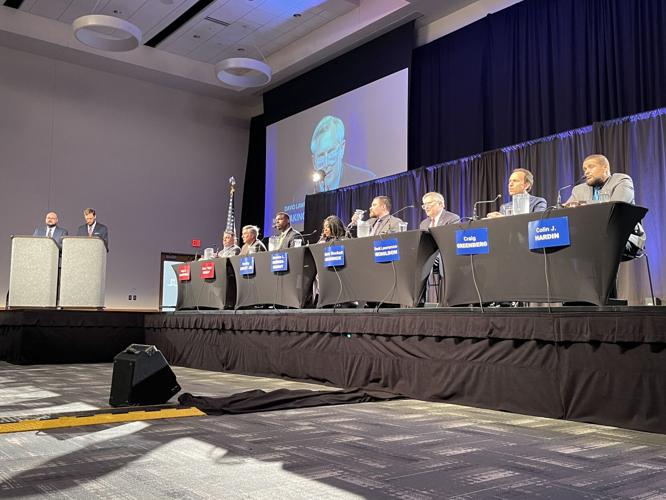 WDRB hosted a mayoral forum at the University of Louisville on April 25, 2022. 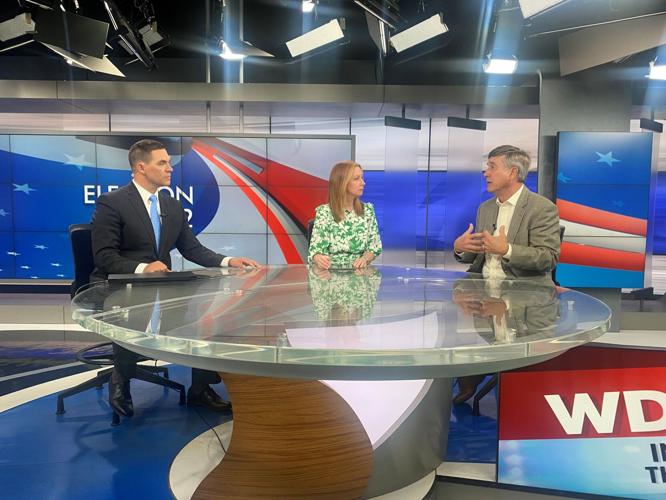 LOUISVILLE, Ky. (WDRB) – Democrat Craig Greenberg and Republican Bill Dieruf won their primaries for Louisville mayor on Tuesday and will move on to face each other in the November general election.

Greenberg, a business owner and attorney, was one of eight Democrats vying for his party’s nomination for mayor. He took 41.4 percent of the vote, followed by Shameka Parrish-Wright with 21.5 percent and David Nicholson with 17.1 percent.

Greenberg declared victory in front of a crowd of supporters at the C2 Event Venue & Conference Center in Smoketown shortly after 9 p.m.

"Working together to make Louisville a safer city is my number one priority," he said.

Greenberg survived a shooting by activist Quintez Brown at his campaign office in February, an experience he said "will guide me with an even stronger resolve to make this happen. Every neighbor, every neighborhood must be safe."

Craig Greenberg now speaking on stage. Thanking his family, supporters and the voters of Louisville. Says it appears he will be the next Democratic nominee for mayor of the city @WDRBNews pic.twitter.com/mxcXfRXwGl

Dieruf, the mayor of Jeffersontown, held 78 percent of the vote when the Associated Press called the race just before 10:15 p.m., far ahead of Chartrael Hall with 11 percent.

"We know what it is to be firm on crime, but help those that need help --  whether they're addicted or have a behavioral problem," he said.

The deadline for other independent candidates to file is June 7.

Mayor Greg Fischer is finishing his third straight term and can’t run for reelection. The city’s next mayor will be limited to two consecutive terms under a bill the Kentucky General Assembly approved this year.