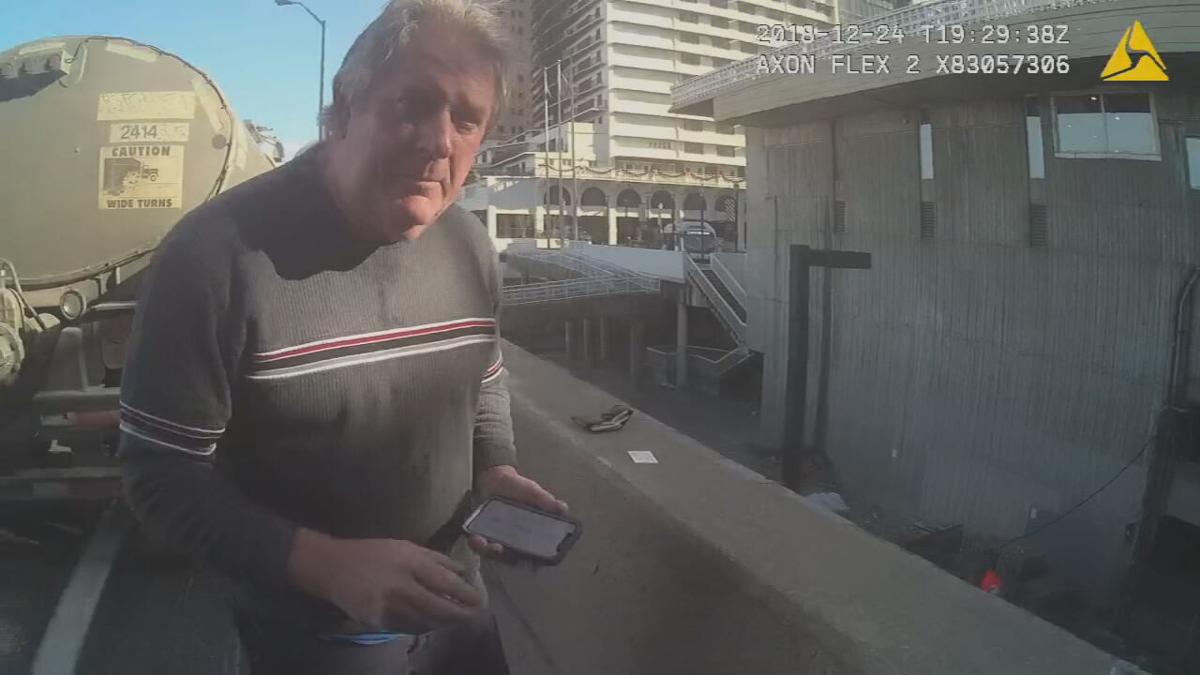 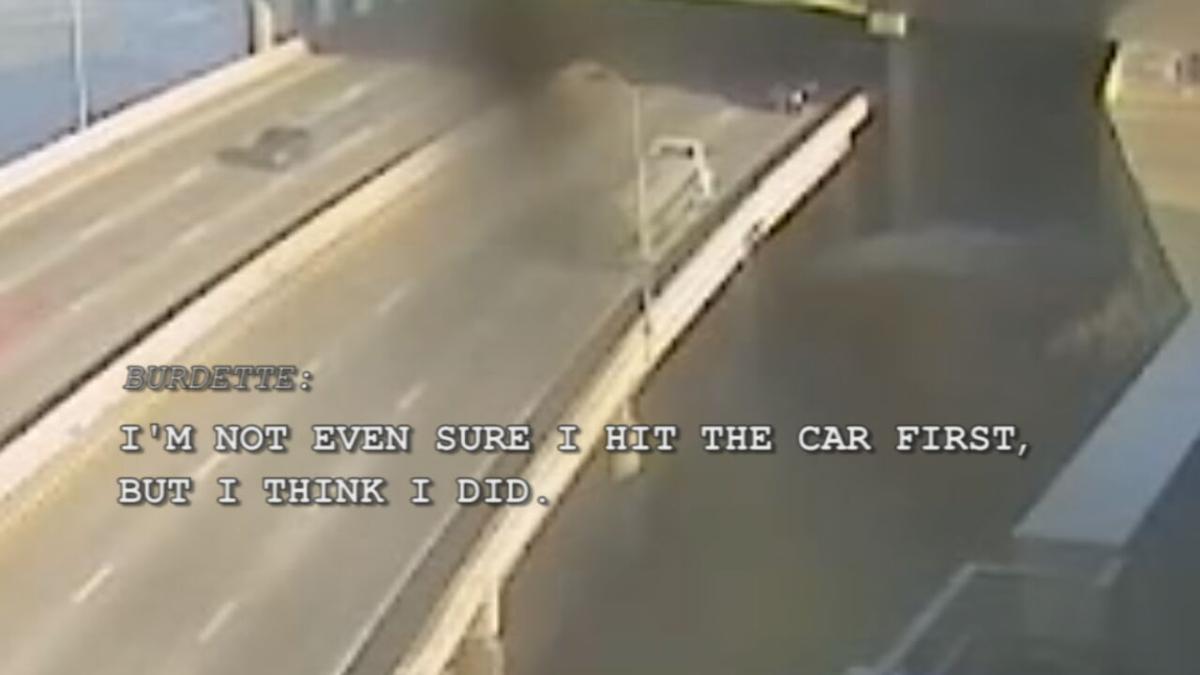 A security camera above the Muhammad Ali Center looking down on I-64 captured traffic flow at the time of the crash that killed LMPD Detective Deidre Mengedoht on Dec. 24, 2018. 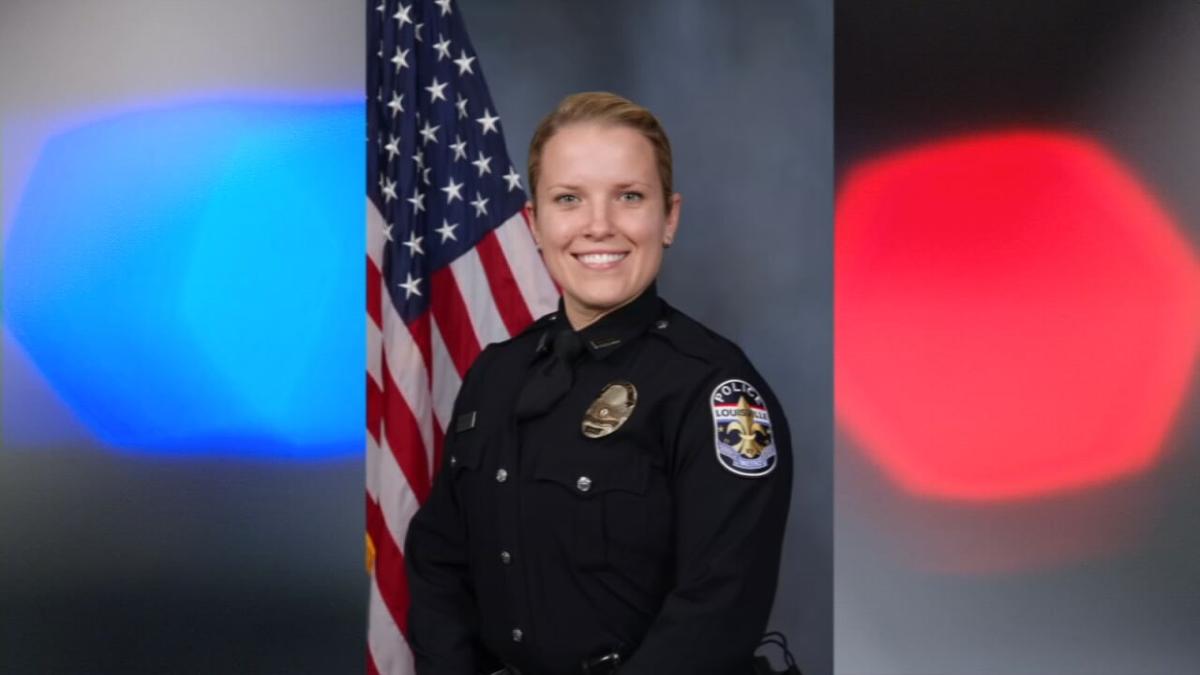 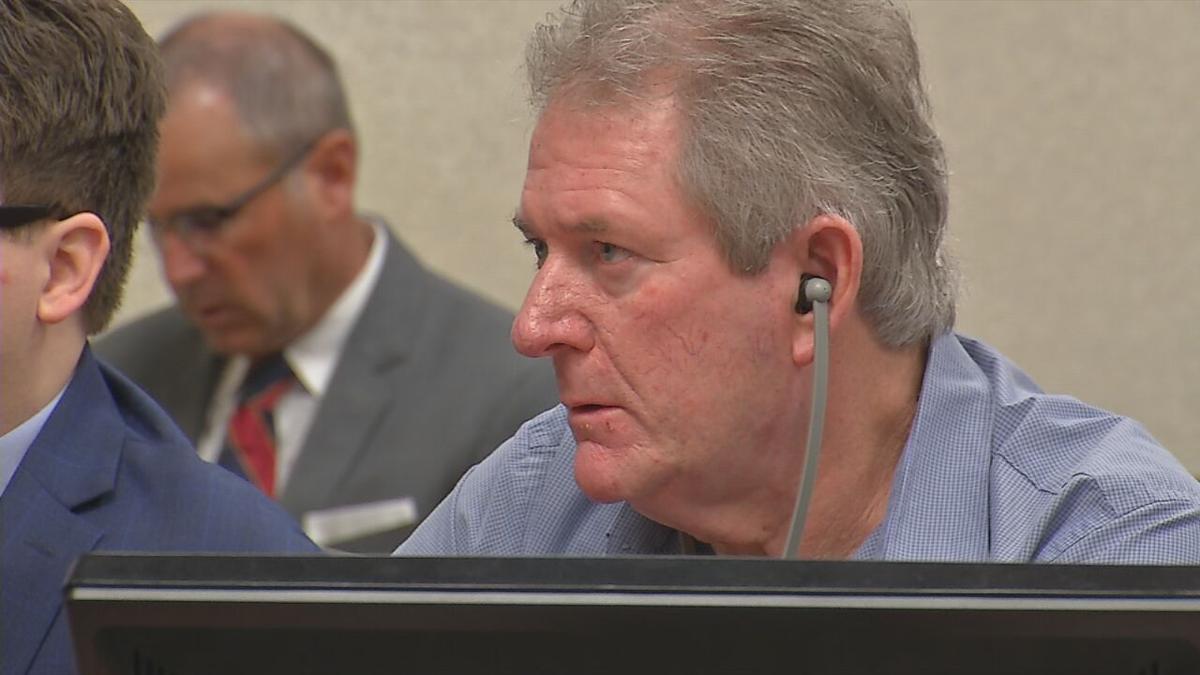 LOUISVILLE, Ky. (WDRB) -- The defense team for the former Metropolitan Sewer District worker charged with murdering a Louisville Metro Police detective is working to keep key pieces of evidence from a jury as the trial approaches next month.

The case is due for a hearing Friday on several new motions made by the defense. Among them, attempts to get data from Roger Burdette’s cell phone and blood tests results thrown out and requests to review potential jurors’ social media accounts and interview them individually.

“In today’s day and age, with the prevalence of social media, information can be quickly and easily spread to a wide range of individuals in the community,” Burdette's defense counsel wrote in its motion. “In order to safeguard Mr. Burdette’s Right to a Fair Trial, it is imperative that counsel be provided information from jurors regarding their social media presence so that counsel may conduct proper investigation.”

Deidre Mengedoht died on Christmas Eve 2018. Her police car burst into flames after an MSD tanker truck hit it on Interstate 64 East in front of the Belvedere in downtown Louisville. The officer had pulled over a pickup truck when the tanker, driven by Burdette, smashed into her car from behind.

Burdette’s defense team is challenging the broadness of the wording in the warrants, which allowed the scrape of the phone and the blood testing, as part of their reasoning to toss them out of the case.

WDRB News obtained hours of body camera and surveillance footage, along with hundreds of pages of police records and pictures from the day of the fatal crash. The records obtained contain video of the blood draw in question, taken while Burdette was at Metro Corrections. He gave two samples one hour apart, about four hours after the crash occurred.

Burdette’s first story on what happened in the wreck is also mixed in with the material. It’s captured on body cam video as the first officer approaches him at the scene.

“I was in the center lane, no, I was in the slow lane I'm sorry and I start to switch over and the last thing I know. I'm not even sure I hit the car first but I think I did,” Burdette said. “ I was looking to get in the other lane and when I looked up it was too late.”

A security camera above the Muhammad Ali Center looking down on I-64 contradicts the tale Burdette first told police. It captured traffic flow at the time of the crash and appears to show the MSD tanker in the far right lane, not slowing or changing lanes before crashing into Mengedoht’s vehicle at full speed.

“I looked in my rearview mirror and saw the semi coming and he didn't slow down at all,” Quentin Brady explained to the first officers at the scene. “I thought he was going to get over … I kept looking and he rammed her and hit me.”

Brady was the driver of the pickup truck Mengedoht had pulled over on I-64. His version of what happened is captured in body cam footage and an initial interview with LMPD's Public Integrity Unit after the crash. Brady said he was on the way to the mall with his girlfriend Jasmine Parks, her daughter and sister before he was pulled over for speeding.

“I got my girlfriend, her sister and the baby out as fast as I could," Brady said. "We ran to try to save the cop out of the car but the flames were too high outside of the door and I couldn't do anything so we ran out from under the Belvedere so the car wouldn't blow up or in case it did.”

“Whenever I looked over the cop car was in flames and it was just spinning around us and it was in front of us and we were trying get out," Parks told investigators.

While MSD settled with Mengedoht’ s family for $14 million, Brady's lawsuit against Burdette and MSD is still going through the court system.

The criminal trial in the case is currently set for July 12 in Jefferson County Circuit Court.