It’s all part of a complex deal to keep Comcast from controlling too many of the nation’s cable systems following its acquisition of Time Warner Cable.

The deal involves selling some subscribers to Charter and spinning off an unnamed company that will serve customers in central and northern Indiana (though Southern Indiana will be Charter territory).

A presentation filed with the Securities and Exchange Commission

shows how the cable markets will be divvied up: 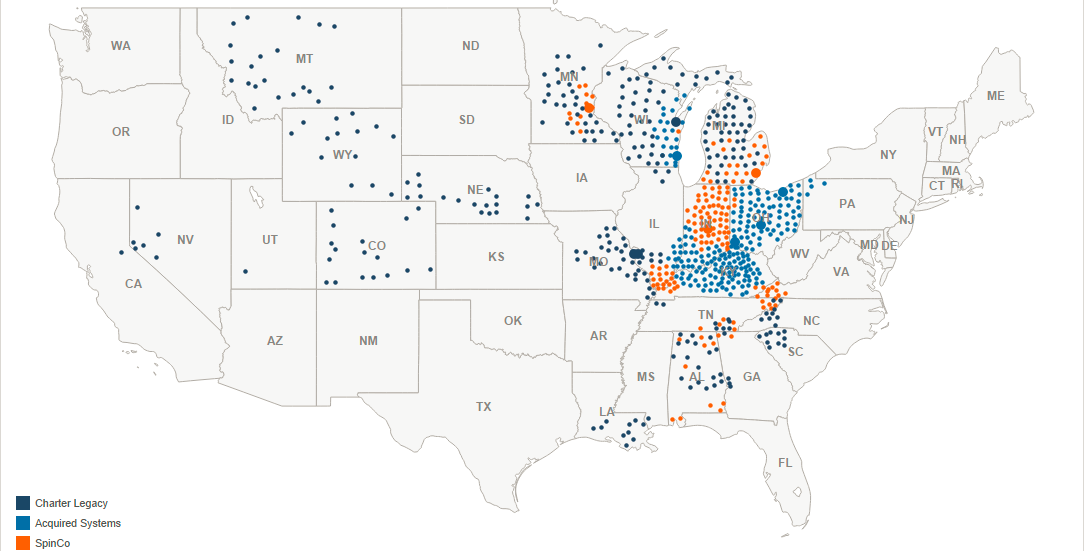 “This morning's announcement is a win-win-win and moves us one step closer to completing our merger with Comcast,” Hogan said in an emailed statement. “We're pleased that the parties have reached an agreement and look forward to working with Comcast and Charter to make all of the transactions as seamless as possible for our employees and our customers.”

Spokesperson with Charter Communications Alex Dudley said the acquisition will allow them to expand their footprint in the region.

"Part of the transaction has greatly reduced the geographic spread of the company, it has really concentrated us in certain areas," said Dudley. "That will allow us to be much more efficient."

The switch to Charter comes less than a year after Insight was acquired by Time Warner. Some customers complained about the transition to Time Warner, saying it was confusing and the service was slow.

Charter says they will do their best to make this transition much smoother.

"We believe that we will be competitive in the market place and that, in the end, we will not only satisfy a lot of existing Time Warner customers, but grow the customer base as well."