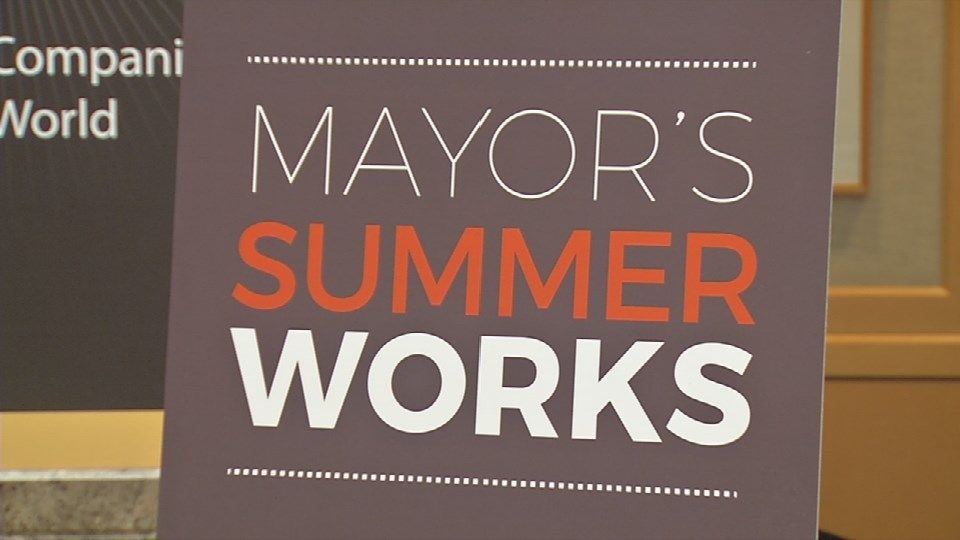 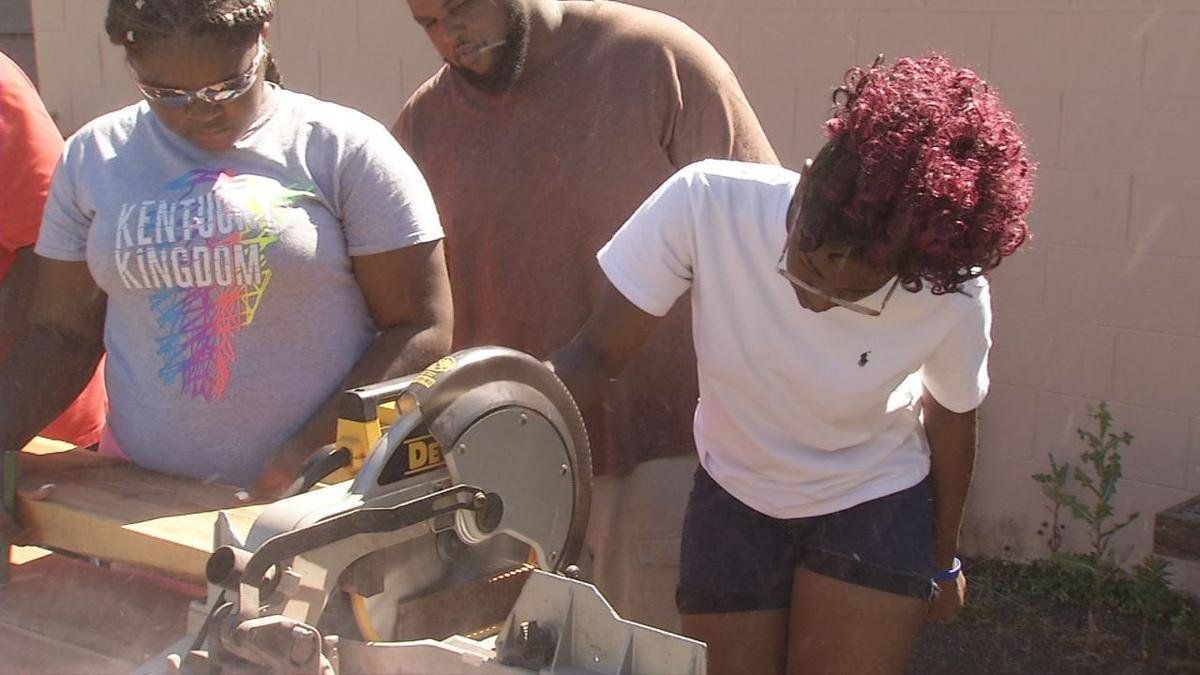 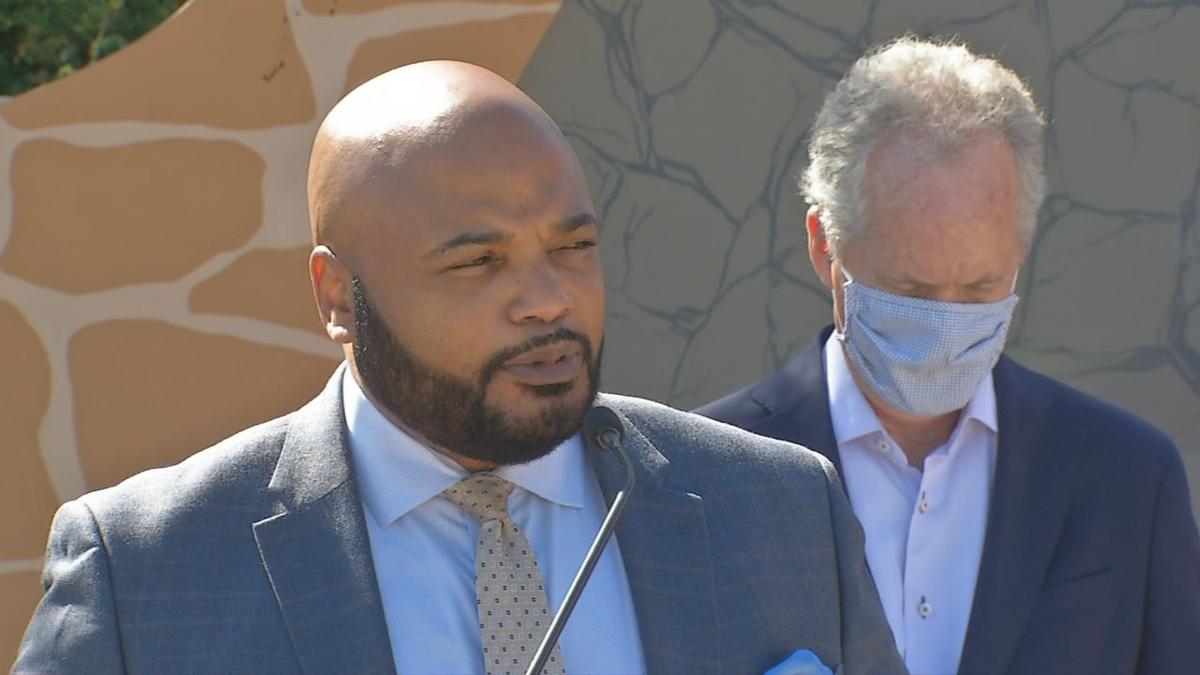 Vincent James, Louisville's chief of community building, with Mayor Greg Fischer during a news conference on June 16, 2020, to announce a $1.3 million donation to the 2020 SummerWorks program from the One Louisville: COVID-19 Response Fund and James Graham Brown Foundation.

Vincent James, Louisville's chief of community building, with Mayor Greg Fischer during a news conference on June 16, 2020, to announce a $1.3 million donation to the 2020 SummerWorks program from the One Louisville: COVID-19 Response Fund and James Graham Brown Foundation.

LOUISVILLE, Ky. (WDRB) -- Louisville Mayor Greg Fischer is calling on young people to help address the problem of racism in the city.

The SummerWorks program provides young people with valuable skills and experience and helps businesses with labor shortages. As part of this year's program, 20-25 young people will take part in a fellowship on civic engagement. They'll work on a project related to the impact of racism in the city, ending with a report to the mayor on ways to make Louisville a more peaceful, just and compassionate city.

"We have an opportunity to give our youth an opportunity to create a revolution in our community and in our city by giving them a voice, to be able to understand how the three branches of our government work," Louisville's chief of community building Vincent James said in a news conference on June 16.

Fischer also announced a $1.3 million combined donation to the Summerworks program from the One Louisville: COVID-19 Response Fund and James Graham Brown Foundation. About $300,000 of that will support a new Tech Academy program, where youth will get paid to complete online courses in areas like software programming and video game development.

The SummerWorks program is funded primarily through the city. Private donors, including the James Graham Brown Foundation, Community Foundation of Louisville, Mary Gwen Wheeler and David Jones Jr., sponsor jobs for the teens.

The program is operated by YouthBuild Louisville and KentuckianaWorks.

During an interview on June 8, Fischer said he believes the recent protests over the police killings of Breonna Taylor and others present "a tremendous opportunity ... to get to a better place quicker for all Americans." Fischer also called on businesses to hire youth through the SummerWorks program despite the economic challenges they've faced in recent months.

"If you're watching what's unfolding in the streets of America, in the streets of Louisville right now and you're just asking yourself, 'What is it that I can do,' this is one way that you can help," he said. "We created SummerWorks to provide ways, to create more opportunities for hard working, ambitious young people from every neighborhood and every background."

CLICK HERE if you're between the ages of 16-21 and interested in applying for a job with SummerWorks.