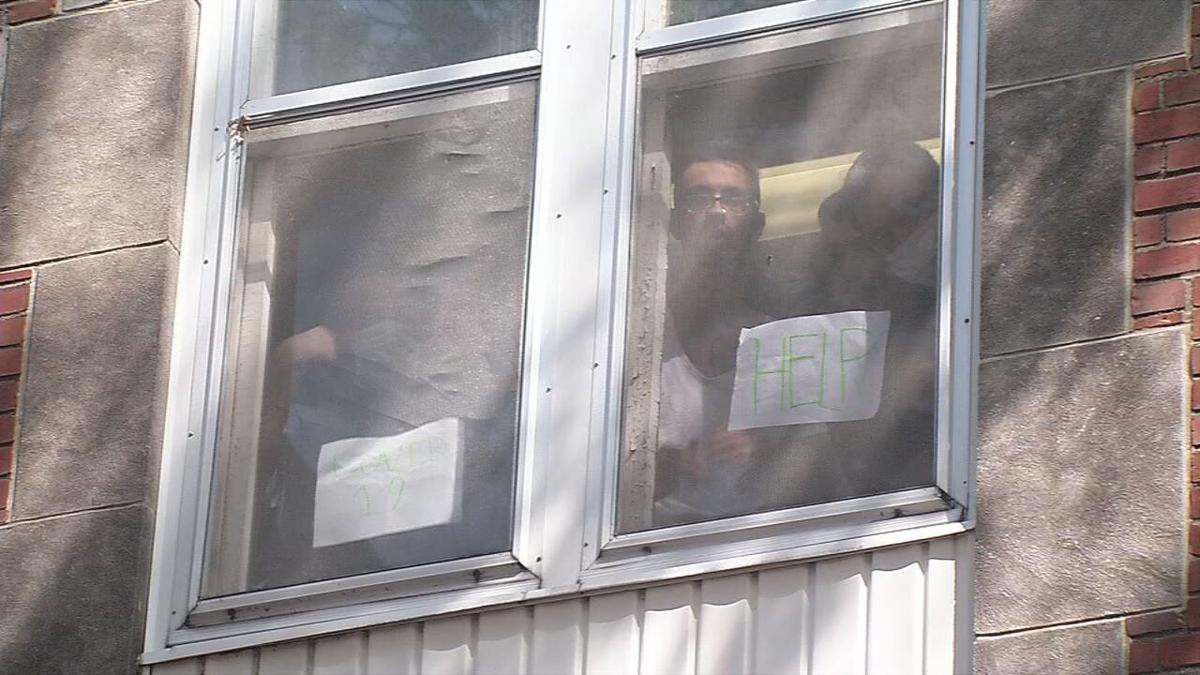 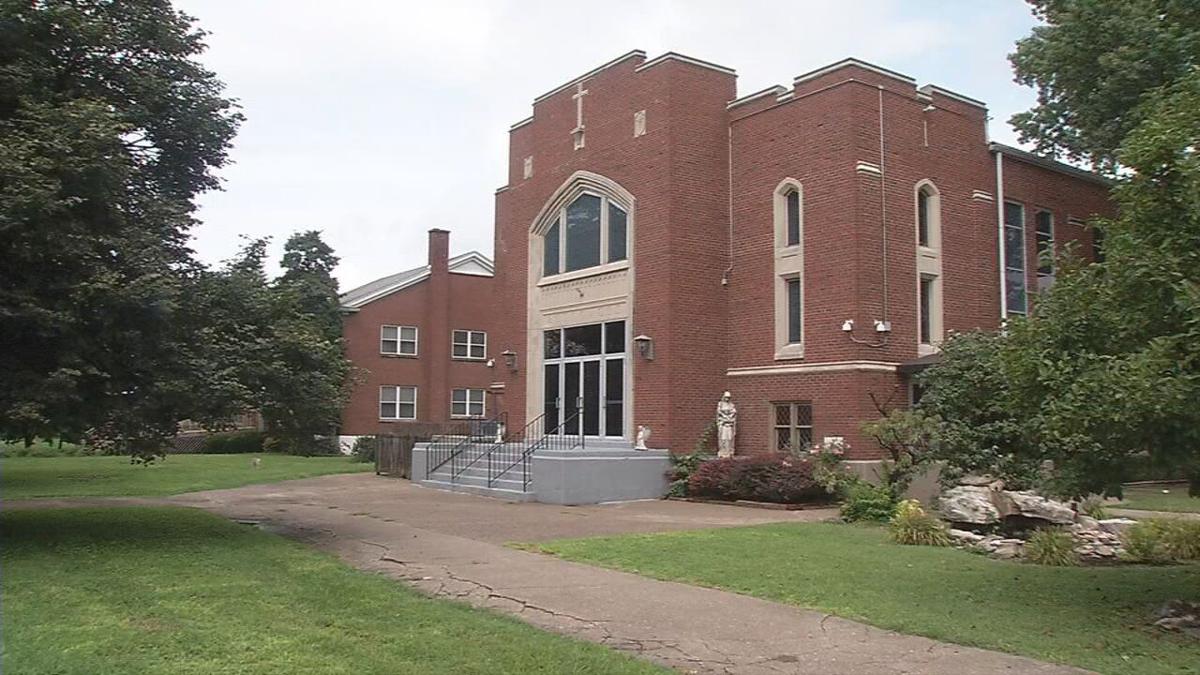 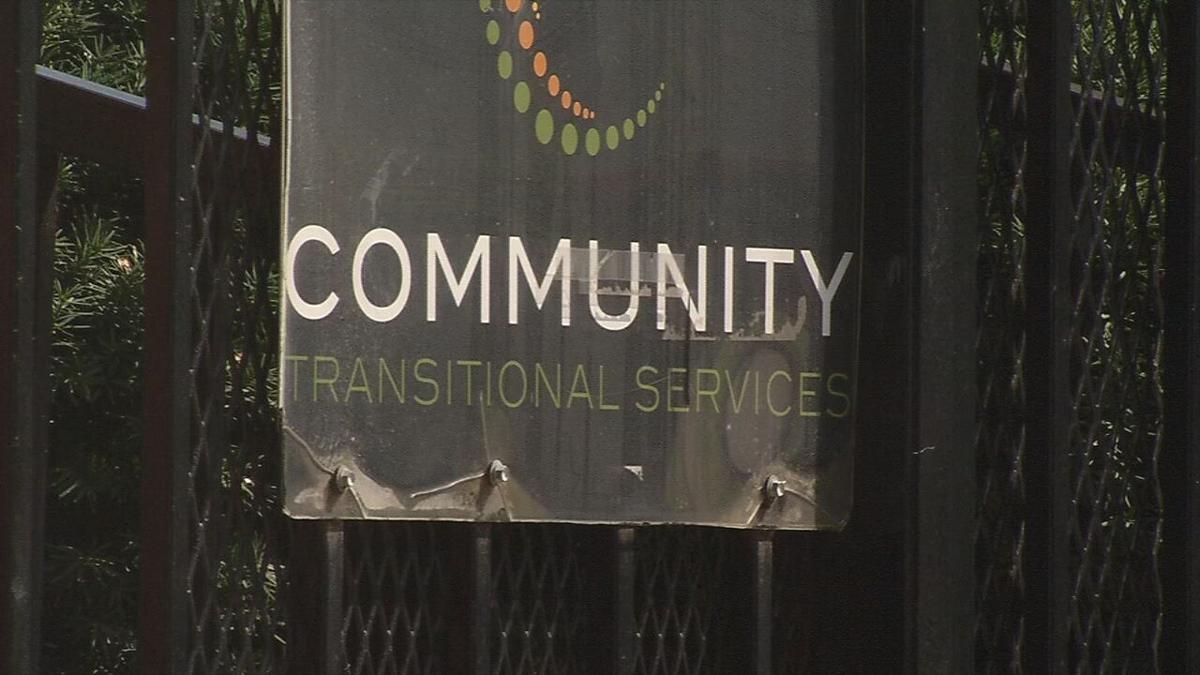 LOUISVILLE, Ky. (WDRB) -- A major COVID-19 outbreak has taken place at two state-funded halfway houses in Louisville, and some of those who have tested positive are now on the run.

The testing has all been done in the past two weeks.

Thursday afternoon, St. Ann residents could be seen on a top floor packed should-to-shoulder through the windows. Some of them showed signs reading "Help | COVID-19."

"They stuck us up here," said one person, speaking through the glass.

Many residents could be seen without masks.

"No," the unidentified resident responded.

"We're not social distancing," another resident said, making a gesture for sleep with his hands.

He appeared to indicate trouble with the sleeping arrangements, as all positive COVID-19 patients at the facility have been placed on the same floor. Bunks are only 3 to 4 feet apart, and residents sleep head to toe, management confirmed.

When asked, Ray Weis, president and CEO of Dismas Charities, admits the outbreak is "a serious issue," confirming that 35 of 53 residents  and three members of his staff have tested positive for the virus. Weis said he has plenty of personal protective equipment and protocols in place. The problem, he said, is getting the court-ordered residents to listen.

"When folks outright defy you and you don't have ways to restrict or confine their behavior, it's a real challenge," he said.

At Community Transitional Services, officials say 68 of 143 residents have tested positive for the coronavirus.

"A congregate living settings is one of the high-risk living areas for COVID spread," said Dr. Sarah Moyer, Louisville's chief health strategist. "I'm working with them making sure they have latest CDC guidance."

State corrections officials said residents who test positive in these facilities are quarantined on a separate floor, where food and medications are brought to them. Common areas have been shut down, and cleaning has increased.

In addition, Saint Ann suspended its group substance abuse programming like Narcotics and Alcoholics Anonymous due to spacing limitations.

These particular halfway houses run taxpayer-funded substance abuse programs. The state assigns offenders and those on probation and parole to the facilities in the last six months of their sentences. It's an attempt to rehabilitate them from crimes driven by addiction.

"I want to know how many of those folks are still at the facility," said Louisville Metro Councilwoman Barbara Sexton-Smith, who represents the Fourth District.

That's the other problem: Reentry centers have little to no security. Offenders routinely walk out, abscond or leave without finishing the program.

"Chances are if they have this COVID and have left the facility illegally, then they are spreading it in the community because they may not have a place to stay," Sexton-Smith said.

"It's concerning to me that anyone is walking around that has tested positive," Weis said.

Combined, more than half the residents in these two Louisville halfway houses have tested positive for COVID-19, and it's unclear whether those who left are in the streets, quarantining or spreading the coronavirus in the community.

There have been some hospitalizations but no deaths tied to either place, according to the health department.

State corrections officials said they are not currently assigning any more people to either facility.