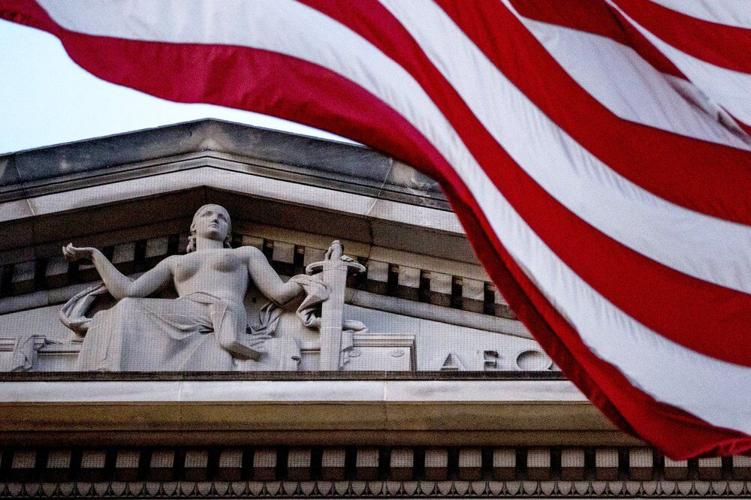 FILE - In this March 22, 2019 file photo, an American flag flies outside the Department of Justice in Washington. (AP Photo/Andrew Harnik) 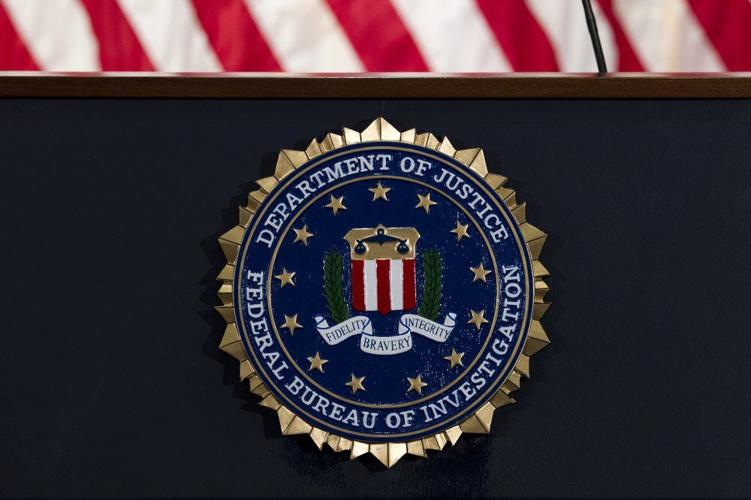 FILE - In this June 14, 2018, file photo, the FBI seal is seen before a news conference at FBI headquarters in Washington. (AP Photo/Jose Luis Magana, File)

In a release, the DOJ said it was launching the investigation under the Americans with Disabilities Act (ADA) into whether Kentucky "subjects adults with serious mental illness living in the Louisville/Jefferson County Metro area to unnecessary institutionalization, and serious risk of institutionalization, in psychiatric hospitals."

The civil rights investigation will focus on whether Kentucky unnecessarily segregates people with serious mental illness in psychiatric hospitals because it fails to provide mental health services in the community. The result may put those with mental illness at greater risk of encounters with law enforcement.

"When people do not receive the community-based mental health services they need, they often get caught in a cycle of psychiatric hospital stays," said Assistant Attorney General Kristen Clarke of the Justice Department's Civil Rights Division in the release. "This investigation also seeks to ensure that people with serious mental illness are not unnecessarily brought into contact with law enforcement."

The DOJ did not include any reason why the investigation is being launched at this time.

"We have the want to, but we don't have the will to," Holton said. "The will to means we have to spend appropriate funds to care for our people with severe mental health illnesses."

The investigation is being handled by the Special Litigation Section of the Department of Justice's Civil Rights Division, in Washington, D.C., and the Civil Division of the United States Attorney's Office for the Western District of Kentucky, in Louisville.

This probe flies in the face of the Cane Madden bill. The 2021 legislation closed a loophole that allowed people who were too sick to stand trial, and not sick enough to commit, back out on the streets to reoffend. It followed community outrage as Madden was accused of beating and raping an eight year old girl and had his charges dismissed.

The offices of Kentucky's Governor and Attorney General have been notified of the investigation, according to the release.

"The administration continues to prioritize Kentuckians’ mental health. Governor Beshear has signed legislation requiring mental health to be treated equally with physical health and has worked to expand Medicaid coverage and telehealth services, which make behavioral services more accessible. It is our understanding that the Department of Justice inquiry is about whether more individuals who are being institutionalized could be receiving community-based services, which is typically a determination made via court order. We will continue to work with our partners to help strengthen public safety and make sure those in need get the services they deserve.

"This DOJ investigation is into the state's provision of mental health services to Louisvillians, and we appreciate any efforts to ensure people are getting the appropriate care."

Anyone with information relevant to the investigation is asked to email Community.Kentucky@usdoj.gov or through the Civil Rights Division's Civil Rights Portal, available at https://civilrights.justice.gov.

CRAWFORD | Olympiad makes it 5-for-5; holds off Mandaloun and others in Stephen Foster