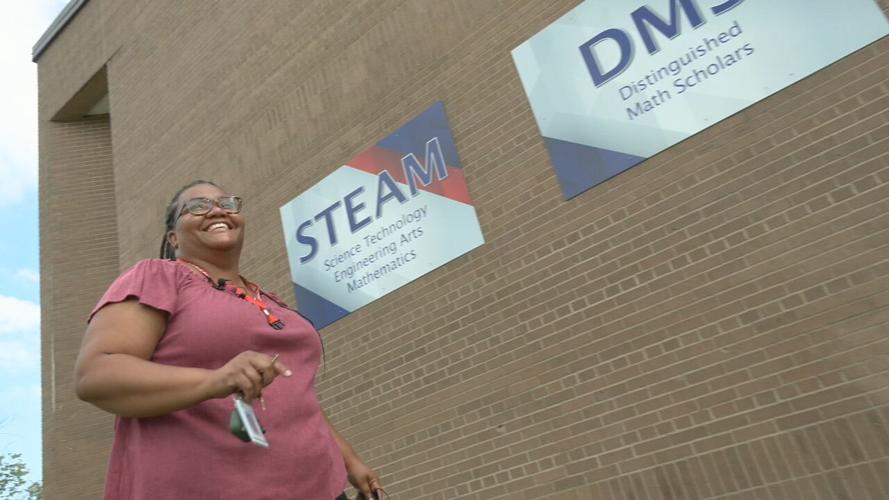 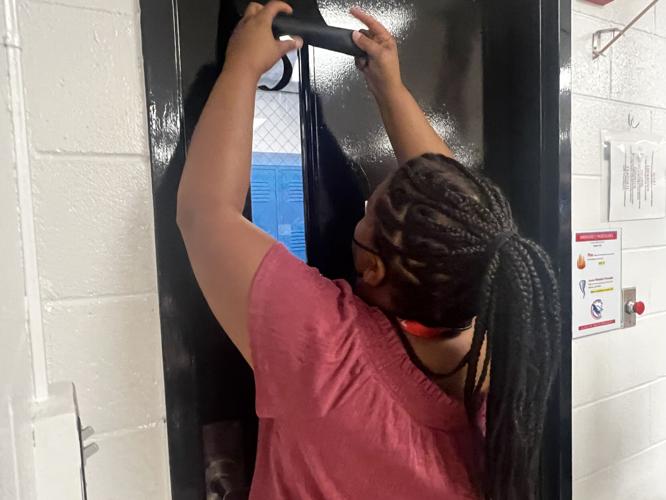 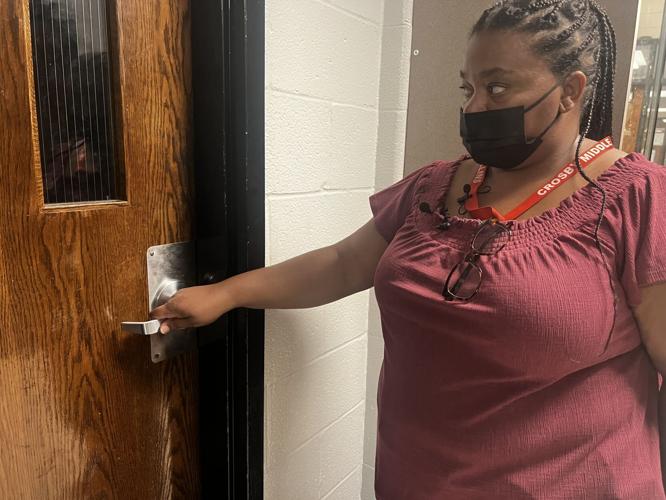 Latanya Collins, school safety administrator for Crosby Middle, checks to see if a classroom door is locked on Aug. 17, 2022.

Entering her fourth year at Kentucky's largest public school district, she decided to make a career change. Collins is now one of 60 new school safety administrators assigned to JCPS schools, part of the district's comprehensive security protocols implemented during the 2022-23 school year.

Collins is among 60 school safety administrators assigned to every middle and high school throughout JCPS. Another six share responsibilities for elementary schools.

Matt Anderson, executive administrator of school culture and climate at JCPS, said the district has 66 school safety administrators on staff.

"We're excited that our safety administrators are going to be in the buildings to support our kids as a resource around safety and as a person that they can trust and develop a relationship with to go to them if they have an issue of safety," Anderson said.

"If there is a threat or a situation that may arise throughout the day or after school hours, this person is going to be here to develop a safety plan and support that," Anderson said.

"There's a lot of training that goes in with all of these drills, with all of these requirements from the state and federal government around safety, and so we want to make sure that this person is not only trained, but they can also be a trainer and make sure everyone in the building is trained and up to speed on the latest and greatest around safety in our buildings."

They will also be tasked with building relationships with students and staff. As a former mental health practitioner at Crosby Middle, Collins has a head start in that regard.

While school safety administrators work primarily inside buildings, the district has a team of about 30 school safety officers and monitors assigned to cover geographic areas centered around high schools.

Safety administrators will "collaborate with our local security and JCPS to make sure if additional resources are needed in the building, that we have that and that our students are safe," Anderson said.

"Then I go through the proper safety procedures that JCPS has outlined for me, which is making sure I call the appropriate numbers to get who I need here, whether it be an SSO or an outside officer," she said.

The district's push to boost security at schools comes as JCPS has seen more students referred for weapons offenses than recent school years, according to data obtained by WDRB News.

If a weapon is found in a student's possession inside JCPS schools now, school administrators will continue to follow the district's student support and behavior intervention handbook, Anderson said.

"This position is separate from what a traditional administrator would do, and we've made it very clear that anything in alignment that would have to do with the administration of our student support and behavior intervention handbook would rely on our (assistant principal) in that traditional role," Anderson said.

Still, Collins is prepared for the worst at Crosby Middle. Twenty-seven school shootings have occurred so far in 2022, according to data from Education Week.

"Our building would be able to exit and evacuate quickly," Collins said. "Our students and staff know that we've got two places that they can evacuate to."