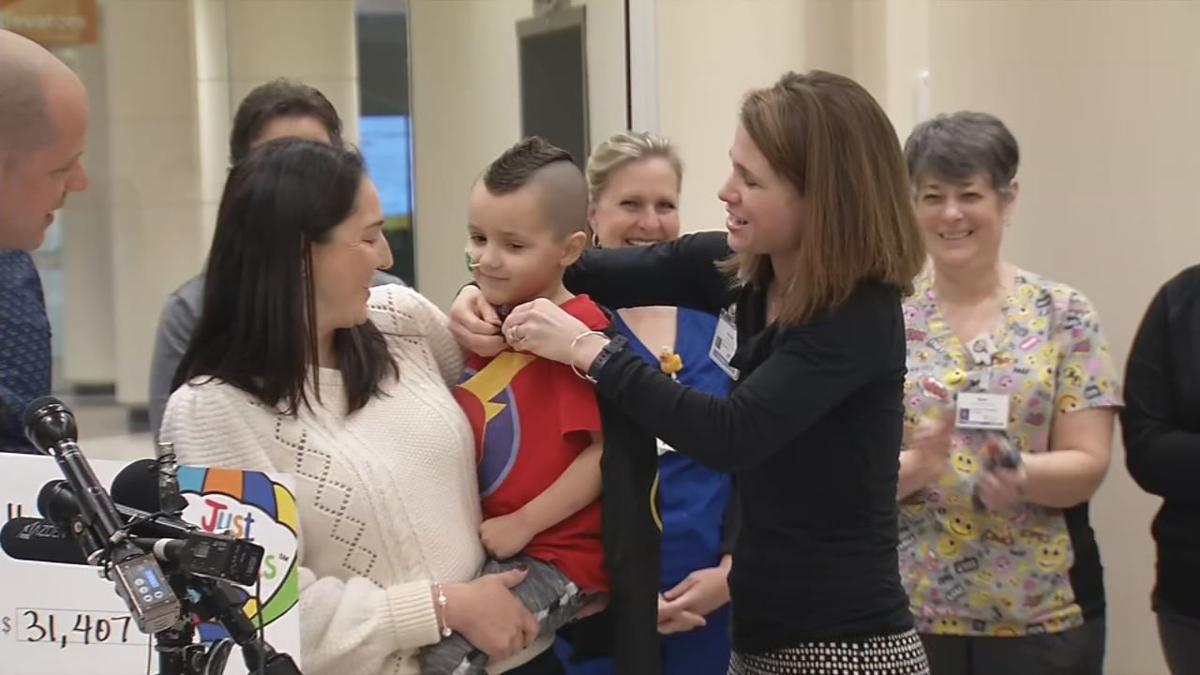 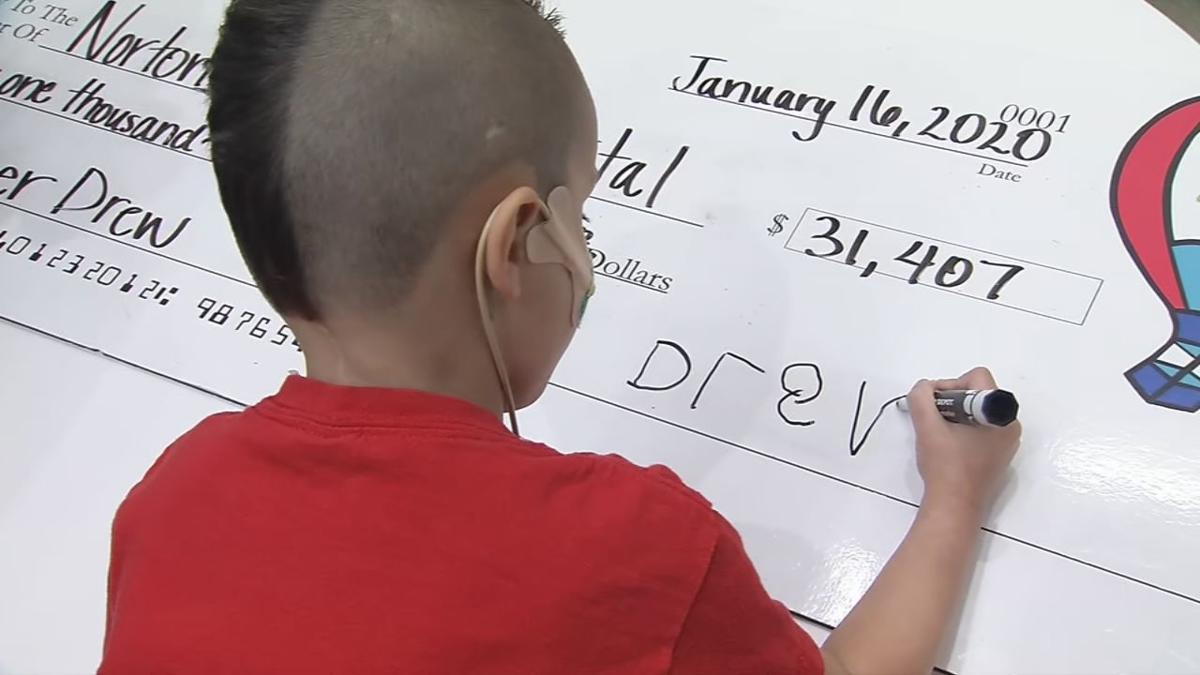 LOUISVILLE, Ky. (WDRB) -- A little boy who just battled brain cancer is making an impact bigger than even he can imagine.

Norton Children's Hospital got a big check Thursday morning from a local superhero. It's not from Jennifer Lawrence but special 5-year-old boy who used superpowers to battle his cancer.

His name is Drew Esposito, but he likes to go by the name of "Super Drew." He was diagnosed with brain cancer a year ago on Christmas Eve and had emergency surgery the next day. Nurses, friends and family rallied together and depended on Drew's superpowers and strength to get him through.

And it worked. He has since had clean scans.

Super Drew and his family wanted to say thank you in a big way, so they raised money and donated more than $31,000 for the children's cancer unit.

To get the money, they looked no further than bourbon.

Jeremy Esposito, Drew's father, got his bourbon buddies together and created Super Drew bourbon bottles, complete with capes and special boxes, and auctioned them off.

His family said the big donation was the best way for them to say thank you.

"Not every story is like ours," Jeremy Esposito said. "There are some people who aren't as lucky. And it's a lot to go through, and we searched for a way to turn something so tragic — didn't have to be tragic, but something so terrible — and turn it positive. We used Drew's story."

The family's message to other people having to watch their young child go through cancer or other illnesses is to keep the faith in your doctors.

The Espositos said they're not done yet. They want to continue raising money and helping children like Drew who have to fight cancer.