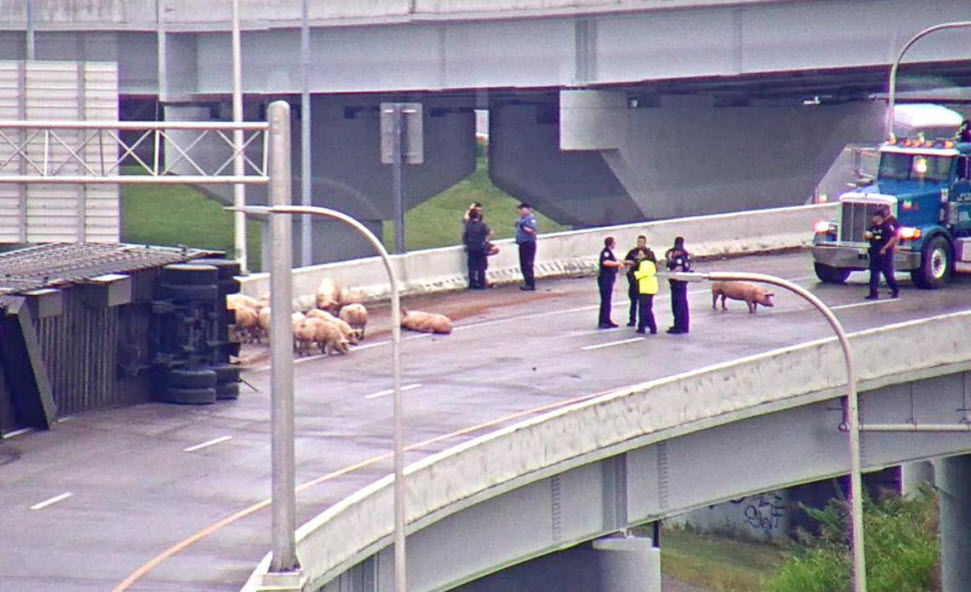 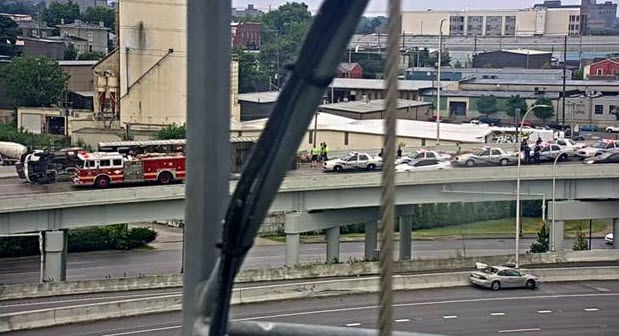 LOUISVILLE, Ky. (WDRB) -- A section of Spaghetti Junction shut down for several hours Wednesday when a semi carrying pigs overturned.

Several pigs escaped after the crash, and crews had to corral them and load them on to another truck. There's no word on whether or not the driver was injured.

It happened around 7:30 a.m. in an area highway officials are looking at changing to make it safer. That same area was re-done in 2016 in a nearly $600 million makeover.

The changes were aimed at making the ramps safer, but there are still trouble spots, including the curve where the truck overturned Wednesday morning. While the makeover did cut down on crashes in the junction, officials with the Kentucky Transportation Cabinet think more can be done to make it safer.

Officials have submitted plans to the Federal Highway Administration to make additional changes. Right now, those plans don't call for rebuilding any sections of the road, but officials hope to add signs that help drivers maneuver through the lanes safely.