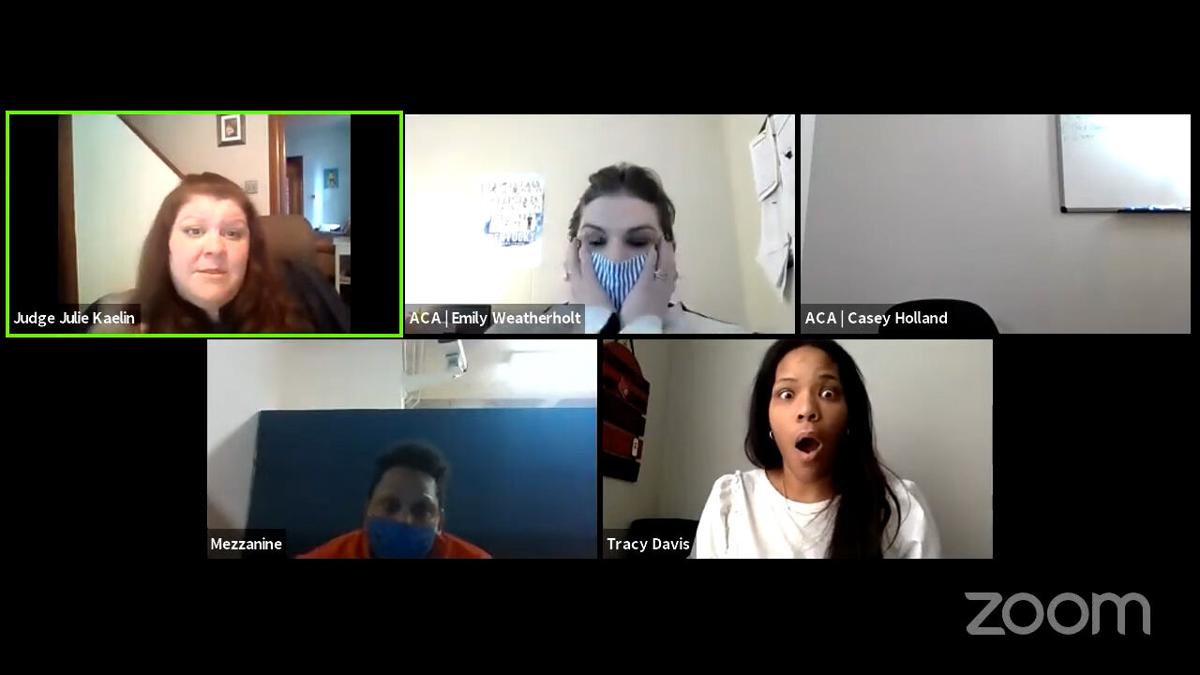 In the hearing, the parties were set to approve a plea agreement for defendant Curtis Burns in a misdemeanor criminal mischief case.

However, as the deal was discussed, Burns expressed confusion. O'Neil explained that Burns, her client, is mentally ill.

"It is fine that he has mental illness, but that doesn't mean that we can go through with a plea if he doesn't understand what he is agreeing to," Kaelin,  a judge for Kentucky's 30th District Court 4th Division, told her.

Burns told the court he isn't mentally ill, and afterward, O'Neil swiftly asked the judge to be withdrawn from the case as Burns' attorney.

"No, ma'am," Kaelin responded. "That motion is denied."

O'Neil, speaking over the judge, explained that Burns has caused multiple problems at the Louisville Metro Department of Corrections and won't accept her legal advice.

"You are now disparaging your client to this court!" Kaelin shot back.

O'Neil made a motion to be withdrawn again, and Kaelin denied it again. Then, O'Neil made the virtual courtroom gasp.

"I bet I don't appear again," she said before hanging up her phone and disconnecting from the virtual hearing. "Goodbye."

"OK, I would like to make a contempt motion for Ms. O'Neil," a shocked Kaelin said.

Later in the day, O'Neil joined Kaelin's virtual courtroom again to ask the judge for clarification about the contempt order.

"Mark my words: If you take adverse action against me, you better be sure about it, because you made some mistakes here today," O'Neil told Kaelin. "I will attempt to hold you civilly or however responsible that I can, and that's my word."

In the contempt order, obtained by WDRB News on Tuesday evening, Kaelin removed O'Neil as Burns' attorney and stated that her behavior in Tuesday's hearing embarrassed the court. The contempt charge carries a $500 fine and a 90-day prison sentence. However, the imprisonment can be avoided if O'Neil agrees to "refrain from committing additional acts of contempt" and study courtroom professional standards.

In a phone interview, O'Neil said she'll challenge the punishment, citing the judge's "rudeness" and "disrespect" for her "off-the-cuff" remark. O'Neil contends she was fighting for what's best for her client, Burns.

"As for that fine — straight cash homie," O'Neil texted later. "Bottomline don’t disrespect me and try to humiliate me in front of my client and other professionals then think I’m going to sit there and take it whether you got on a robe or not I’m a person just like her I’m not her child nor do I work for her get respect and I give respect. Period."