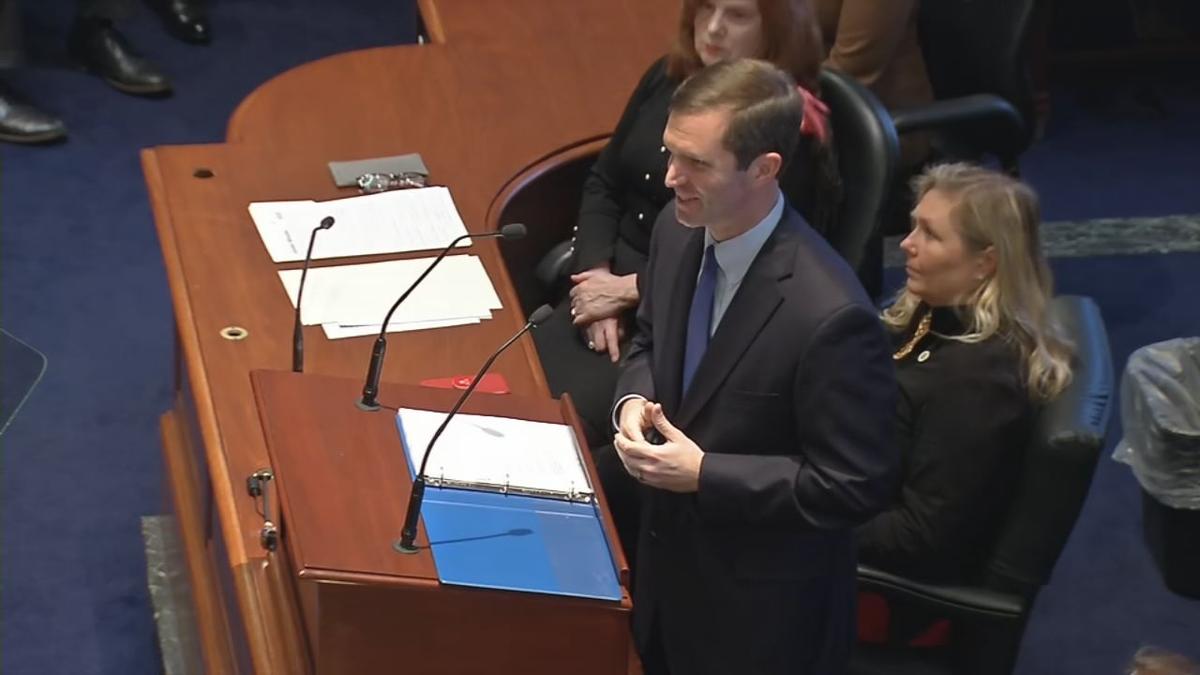 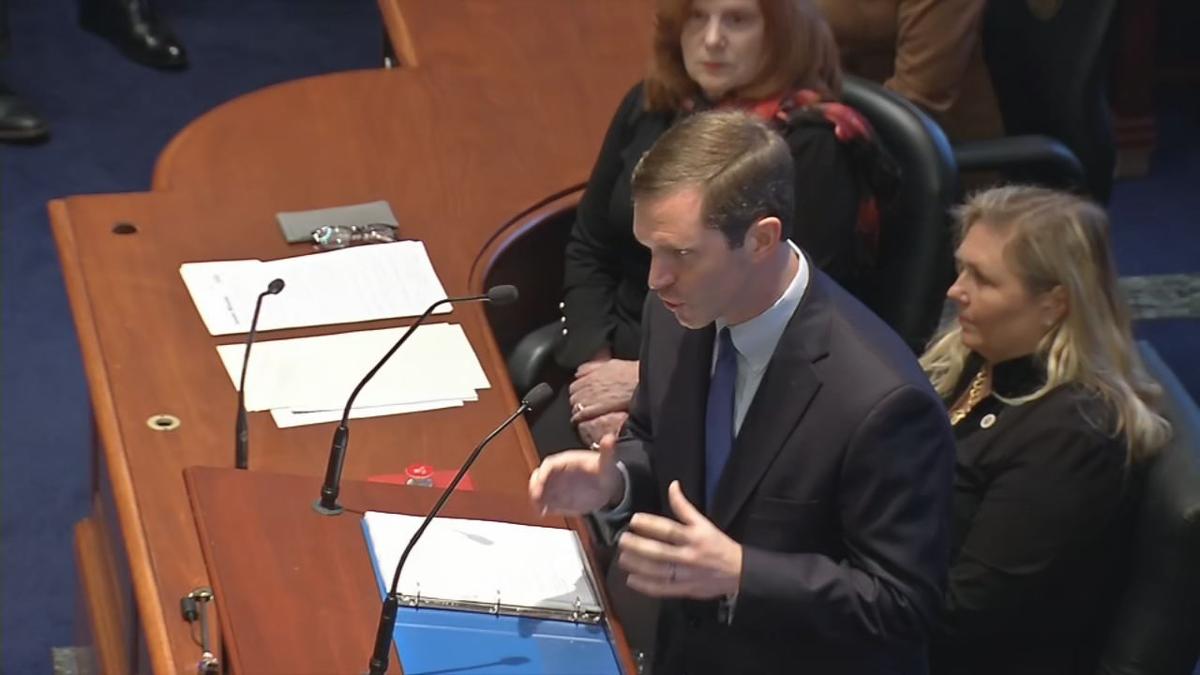 FRANKFORT, Ky. (WDRB and AP) -- Kentucky Gov. Andy Beshear reaffirmed his support for a teachers' pay raise and made a pitch to overhaul a criminal-justice system soaking up too much of the state's money as he delivered his first State of the Commonwealth speech to the Republican-dominated legislature.

Beshear, who made support for public schools the hallmark of his successful 2019 campaign, said education is the key to breaking cycles of poverty in the state. He called for bipartisan cooperation on education and other issues as Kentucky embarks on a new era of divided government.

Beshear said the budget plan he submits to the legislature later this month will include his campaign pledge for a $2,000 across-the-board pay raise for teachers.

“We’ve figured out how to give tax incentives to corporations, so I know we can figure out how to pay a living wage to the men and women who get up at the crack of dawn every morning to open their classrooms, who stay late to grade papers and give everything they can so our children have every opportunity,” he said.

Beshear made no mention of his predecessor, former Gov. Matt Bevin, as he touted the need for a new era of civility. It was a contrast to his former Republican rival's caustic brand of policies.

The governor's approximately 35-minute speech was greeted with polite applause throughout.

He urged lawmakers to take on the health-care issue as part of the road map for a brighter future for the state.

He urged lawmakers to pass legislation to curb the costs of insulin to help the approximately 530,000 Kentuckians with diabetes. He also embraced legislation to end surprise medical billings.

Beshear stressed the need for new revenues to meet the state's growing needs, endorsing a sports betting bill already introduced. He made another long-shot pitch for legalizing casino gambling — a campaign pledge that appears to face strong resistance in the legislature.

“Right now we are watching more than $500 million in gaming revenue go across the border to states like Indiana, Ohio and Illinois," he said. “It's time to stop that flow."

Beshear urged lawmakers to pass criminal-justice reforms to reverse skyrocketing corrections costs that soak up money that could go for education and health care. Such a package should reduce prison populations, reduce repeat offending rates and provide “meaningful" addiction treatment, he said. It also needs to “consolidate and not expand our state prison institutions," he said.

The governor also called for equal pay for women and made a pitch to make Kentucky a leader in agriculture technology. He embraced speeding up the Mountain Parkway project in eastern Kentucky.

The legislature's top two leaders — House Speaker David Osborne and Senate President Robert Stivers — later praised the governor's tone but said his agenda ultimately will be decided by the details of his proposals.

“I think at some point in time, we’re going to have to dispense with the pleasantries and talk about governing.” Osborne said.

Stivers added: “It’s now time to start having real discussions about real problems and finding real solutions. And that will be the key to this, to see if his rhetoric will be matched by his actions.”

Beshear will dive deeper into details when he gives his budget speech in two weeks.

Copyright 2020 WDRB Media and The Associated Press. All Rights Reserved.