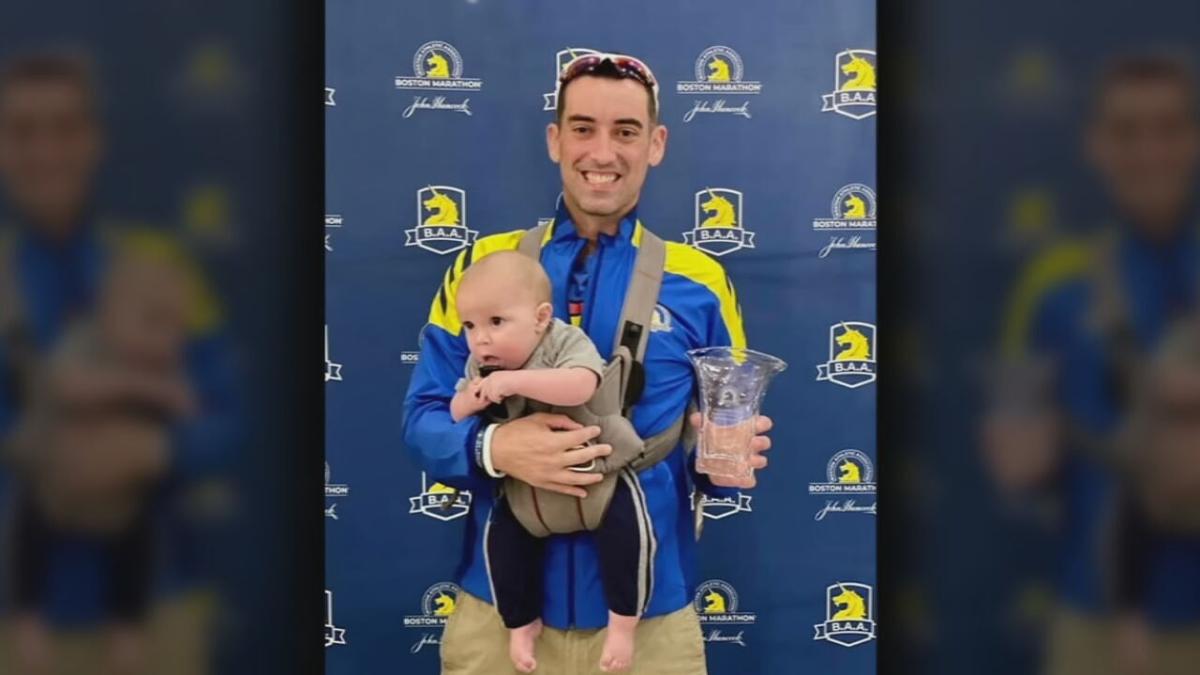 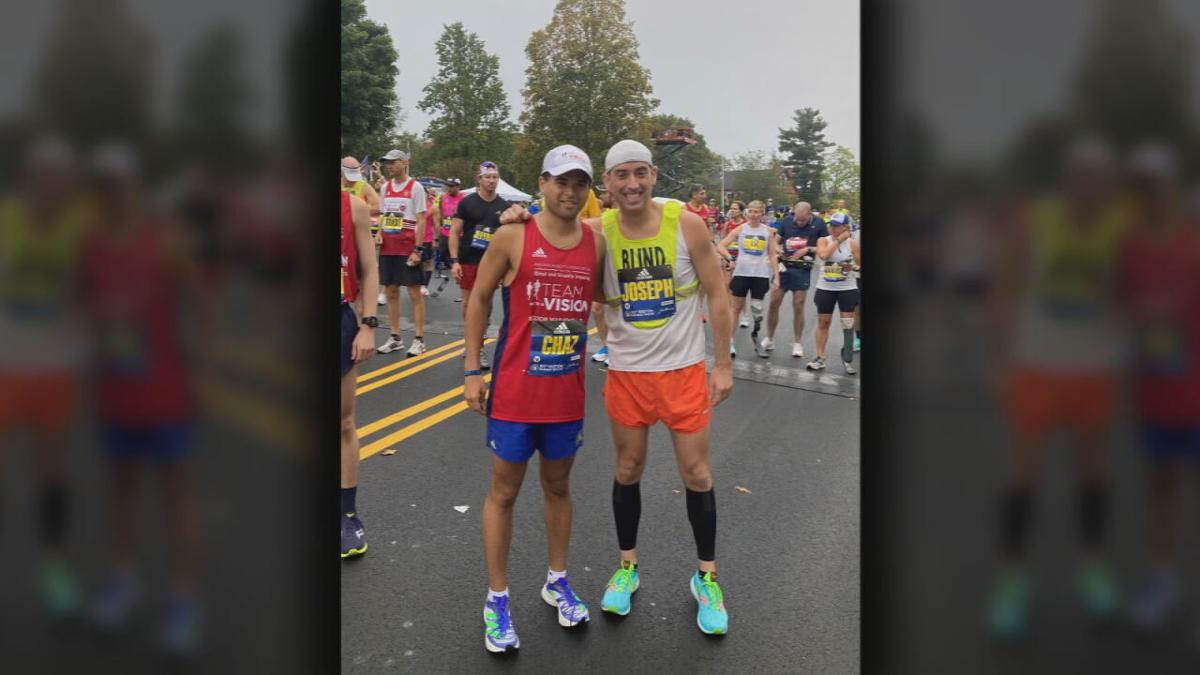 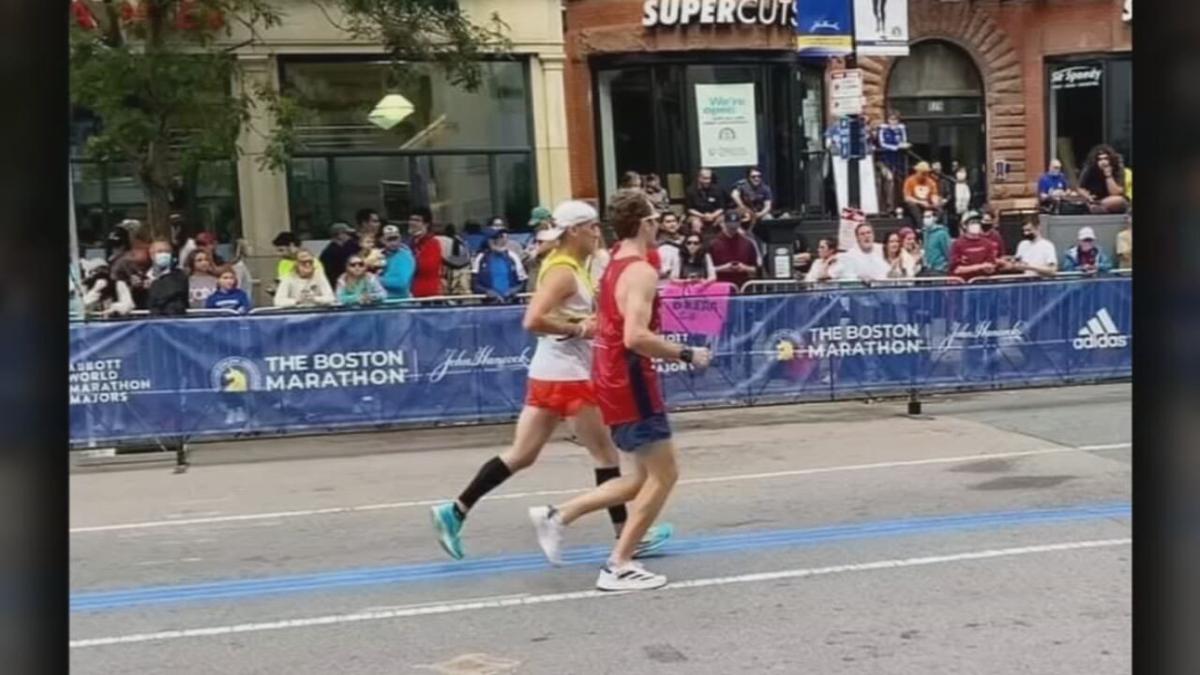 LOUISVILLE, Ky. (WDRB) -- Grit, determination, and triumph were all part of a Louisville man's journey to 2nd place in the Boston Marathon's blind division.

The Boston Marathon. It's one of the most prestigious races in the country.  You must qualify to get in.

Louisville native Joe Burket is legally blind, and with his guide by his side, he has accomplished something truly remarkable.

"Our race bibs had our names on it. For the full 26 miles, every spectator is cheering me by name," Burket said.

Burket's journey to Boston started many years ago when he fell in love with sports, competition, and the camaraderie that comes with being part of a team. He was a multi-sport athlete at Trinity High School and signed a scholarship to play baseball at Bellarmine. But his world changed in November of 2012 when he noticed something was wrong with one of his eyes.

After visiting an eye doctor for a series of tests, Burket says he received troubling news. He was diagnosed with Leber Hereditary Optic Neuropathy.

"I can't tell you when, but it's going to spread to your other eye and you are going to be legally blind in less than six months," Burket recalls the doctor saying.

Burket say the diagnosis left him with a "feeling of helplessness, of not even knowing when it's going to happen. Just one day, I'm going to realize my other eye went too."

"I don't have central vision," said Burket. "I have peripheral vision. I can't see your face right now; I can see around you and blobs of shapes."

Burket was determined to be legally blind at the age of 30. The news didn't keep him down; instead, he started running with a local group called the Old Man Running Group. Other runners encouraged him and guided him on the road.

"I don't tether to another person, but I like to tell them, I'm going to be just off of your left shoulder and just stay pacing with me," Burket explained.  "I use them as my watch. I'm like, 'How far have we gone? What pace have we gone?' And that kind of stuff."

Burket qualified for Boston at the U.S. Association of Blind Athletes Marathon National Championships in California. But he says qualifying, as a blind runner was not the hardest part of his journey -- he almost didn't make it to Boston to run the race.

"I got to the gate in Louisville and every flight was cancelled," Burket recalled. "I thought, 'I'm not going to make it to Boston. That was a lot of work for nothing.'"

His wife found a different flight for Burket, but he had to fly by himself and needed help getting from the airport to the hotel. They contacted the Massachusetts Association for the Blind, and Burket was able to get some assistance. And just when it looked like everything was going to work out, Burket encountered another obstacle when he got a call from one of his two guides.

His other guide was able to find a replacement in short order so Burket could continue with the race. Not only did he race, he finished 2nd in the Boston Marathon, with a time of 3 hours 18 minutes. He says he's proud of his time and where he finished in the race, but he's most excited about the example he set for others.

"The past nine years have been nine of the best years of my life. I have a 3-year-old, a 7-month-old. I would not have done the Boston Marathon had my vision not gone. You find things you want to do and you do it," Burket explained.

He went on to say, "I had some dark days, but for the most part, doing whatever I could to stay positive and optimistic and figure out what I needed to do to get by. The best thing I could do was show up every day and keep going," said Burket.