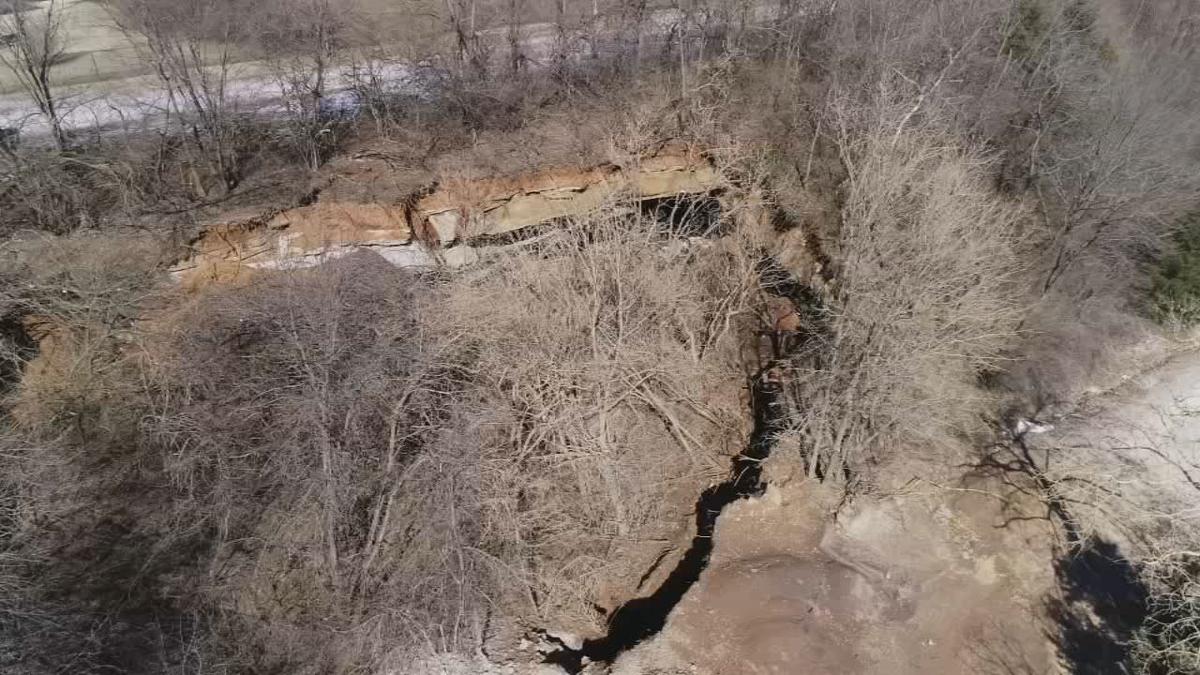 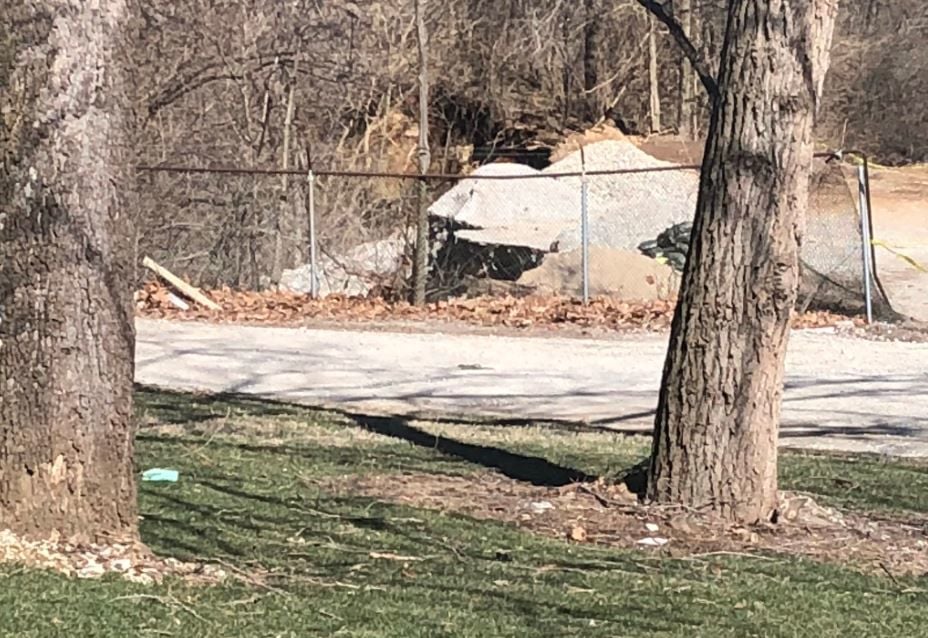 The sinkhole at the Louisville Zoo, as seen from the ground, March 6, 2019 (WDRB File Photo).

The sinkhole at the Louisville Zoo, as seen from the ground, March 6, 2019 (WDRB File Photo).

LOUISVILLE, Ky. (AP) — The Louisville Zoo has spent thousands on a sinkhole about as wide as a football field, but still hasn't settled on a long-term plan for the problem.

Louisville Zoo Director John Walczak tells local news media the zoo is weighing how to best handle the sinkhole, which opened in March in an undeveloped zoo section. Walczak says the zoo has spent about $125,000 on the sinkhole, which now sits about 60 yards (54.8 meters) wide, 90 yards (82.2 meters) long and 50 feet (15.2 meters) deep.

Costs have included fencing, engineering, surveys and other responses. The sinkhole closed the zoo for 10 days and cost it thousands in revenue since then by shutting down a train ride. Walczak says it may cost $500,000 to move the popular ride.