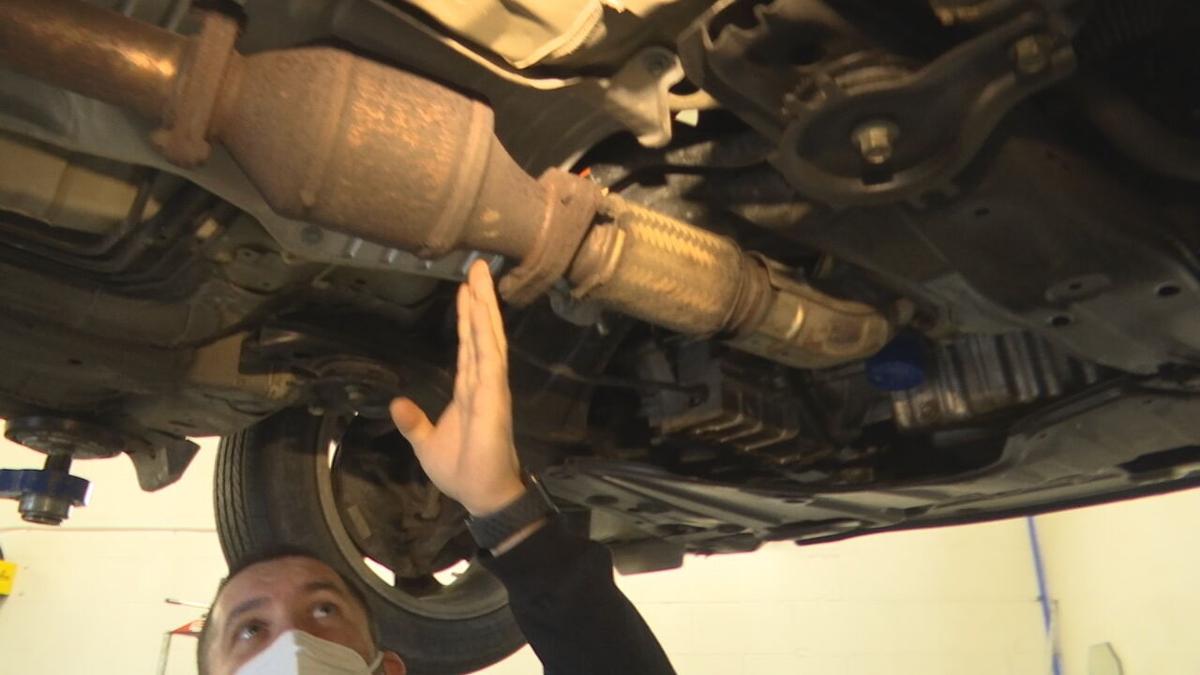 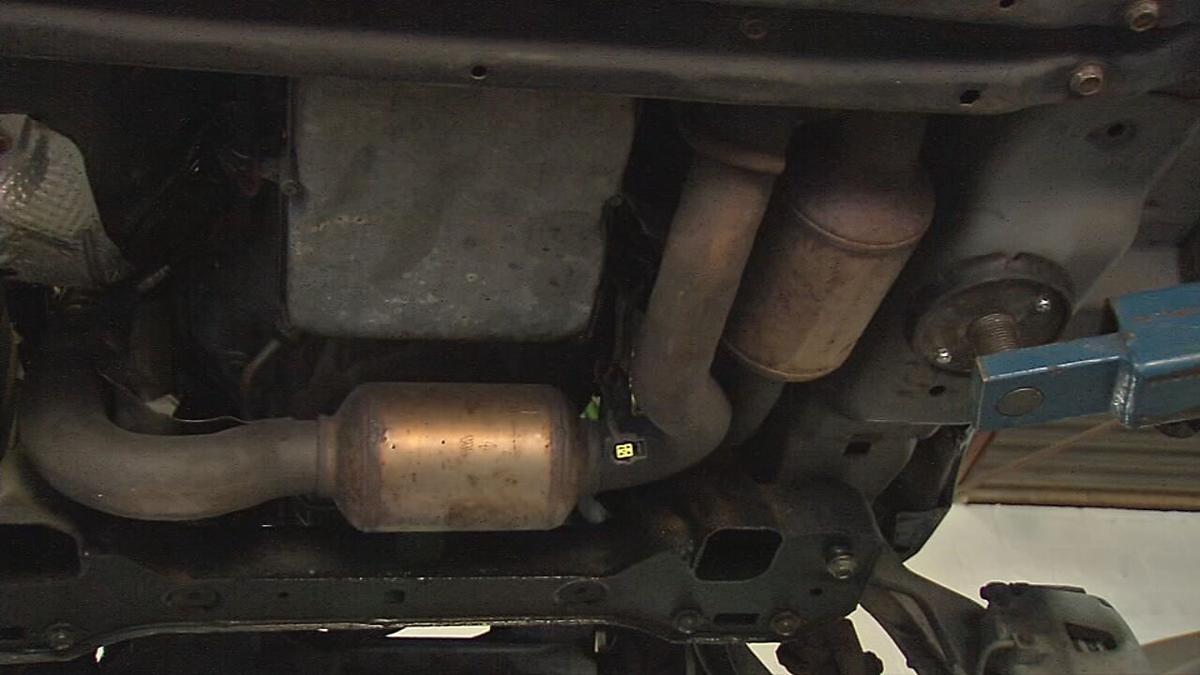 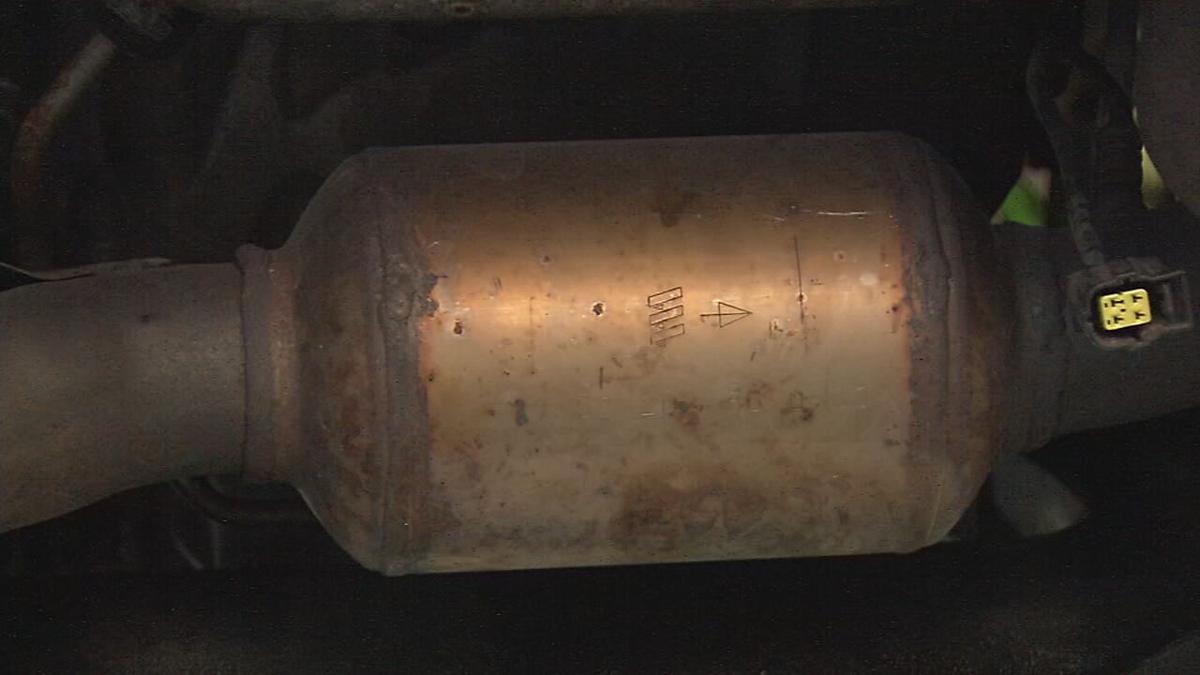 The city of Louisville is experiencing an increase in catalytic converter thefts.

When Sarah Rose left her caregiver job at the end of her workday, she didn't notice anything wrong from the outside of her SUV.

"I went out to start my car on Sunday and run a quick errand, and my car sounded like I was in a NASCAR race," she said.

The problem was underneath her car. The catalytic converter was missing. It had been stolen. In fact, it had literally been sawed off.

"I had no idea this was going on," Rose said. "Even the dispatcher I called to file the police report says this had happened to him."

"From what I've been told, it can happen within two minutes," she added. "If someone has a powerful electric Sawzall, they roll underneath there, cut it out and they're out of there."

A catalytic converter is an exhaust emission control device that reduces toxic gases and pollutants. So why do thieves want them?

Nermin Dulalic, owner of the Louisville Automotive Shop in Buechel, says it's all about scrapping the catalytic converters for cash.

"Because of the value of the stuff inside -- the precious metals, platinum and all that stuff," he said.

Sgt. Brian Griffin of the Louisville Metro Police Department's 7th Division says the amount thieves can get for the catalytic converters varies with the price of metal.

"Traditionally, when the economy is down, precious metal prices go up," he said. "Different versions of catalytic converters go for different prices depending on how new and percentages of palladium, platinum -- and I believe, rhodium -- that are inside. Scrap value goes from $20 up to a couple hundred."

"There's not a lot of serial numbers on catalytic converters, so it's difficult to trace them as well," he added.

Click on the four-page PDF below to see LMPD data on catalytic converter theft by street and zip code: 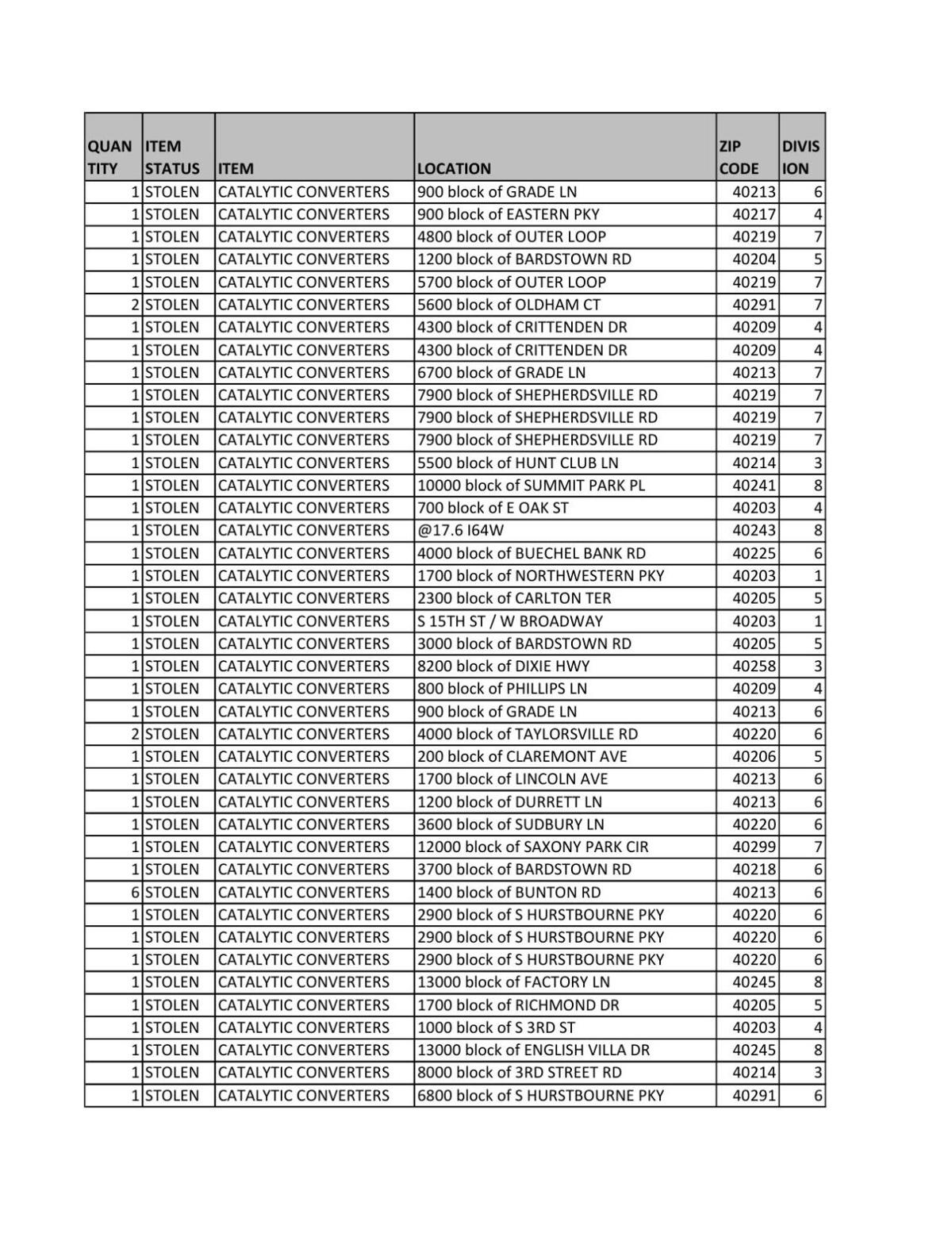 The Louisville Automotive Shop has repaired at least a couple dozen catalytic converters in the last couple of months and even more since the pandemic started. Sometimes the thieves cause more damage to the car by ruining other parts, too.

"Minimum repair on a catalytic converter -- if it's not stolen and everything's intact -- it's a couple thousand dollar job," Dulalic said.

Police also arrested Thomas Shut at an area hotel after a witness saw him cutting a catalytic converter off a car.

"In January of this year, we're up to 165 cases of catalytic converter cases, which is significantly higher than in the past," Griffin said. "Catalytic converters are worth a decent amount of money and they're very easy to get. Whenever there is hard times or money is in short supply for people," he says that's when there's an increase in thefts.

Thefts are also happening in places where there aren't cameras.

"We're seeing them when cars break down on the interstate and they're left on the side of the interstate," Griffin said. "Before they can get picked up, people are taking them off of there. They're also happening in parking lots."

Police say the best thing to do is be aware of your surroundings. Police say vehicles that sit higher up are often targeted, such as SUVs and trucks.

"You can actually buy a protective cover underneath it," Dulalic said.

You can also purchase or clamps to protect your catalytic converter.

Rose is now just working through her insurance and doesn't know how much the catalytic converter theft will cost her.

"I just want people to be aware," she said. "If you have room in your garage, just pull it in there." 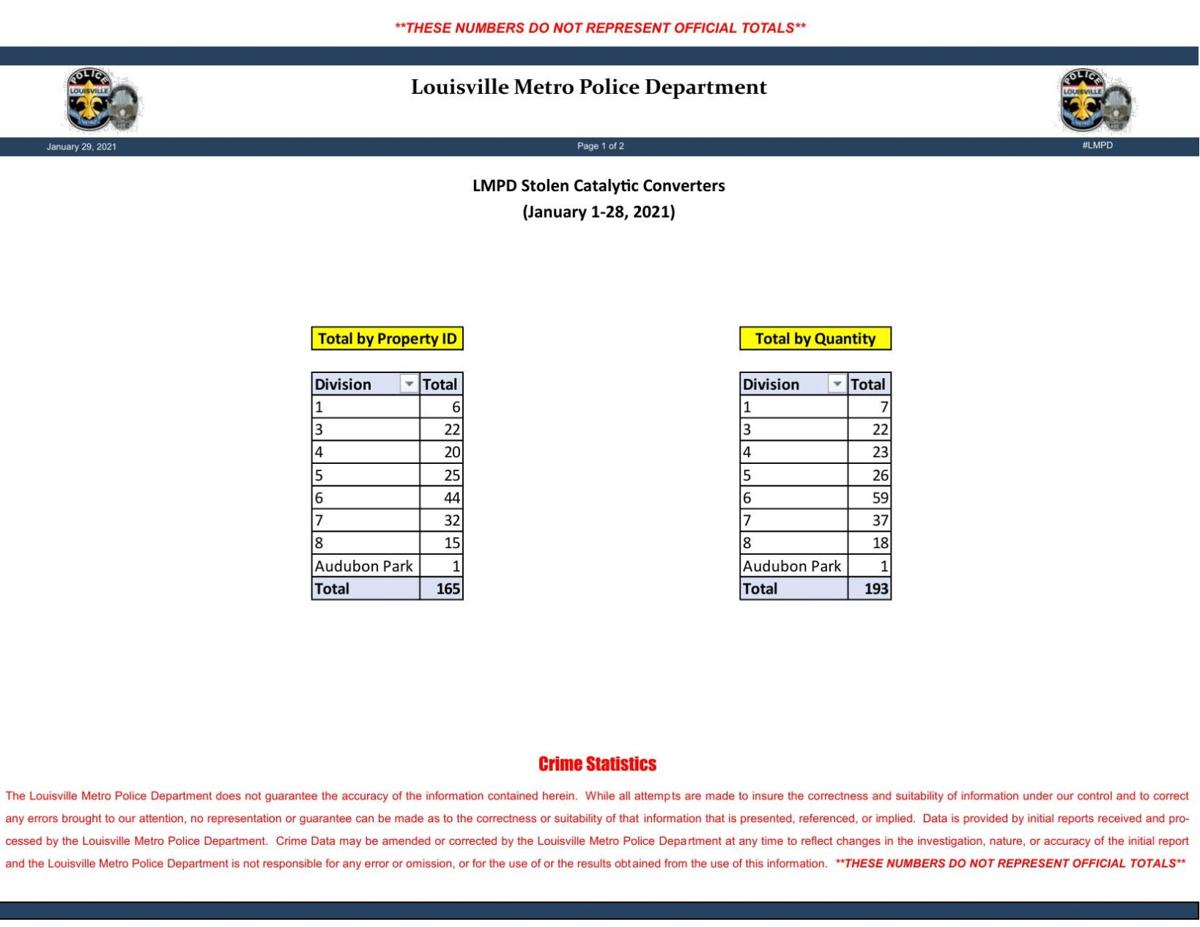