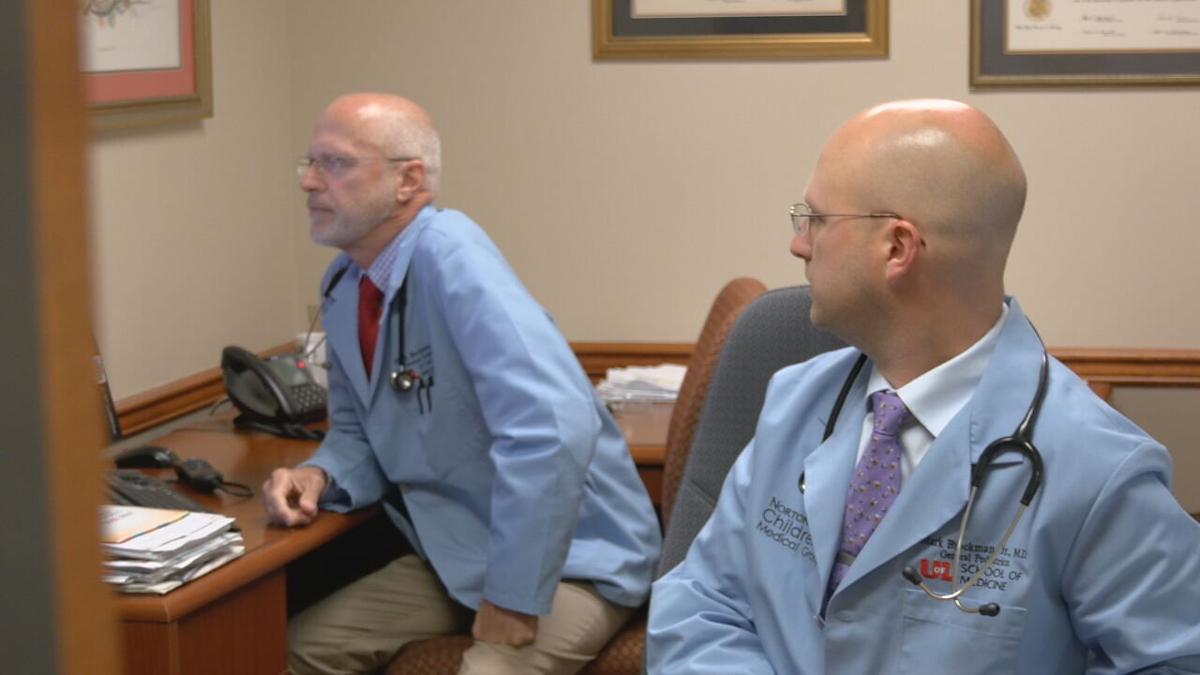 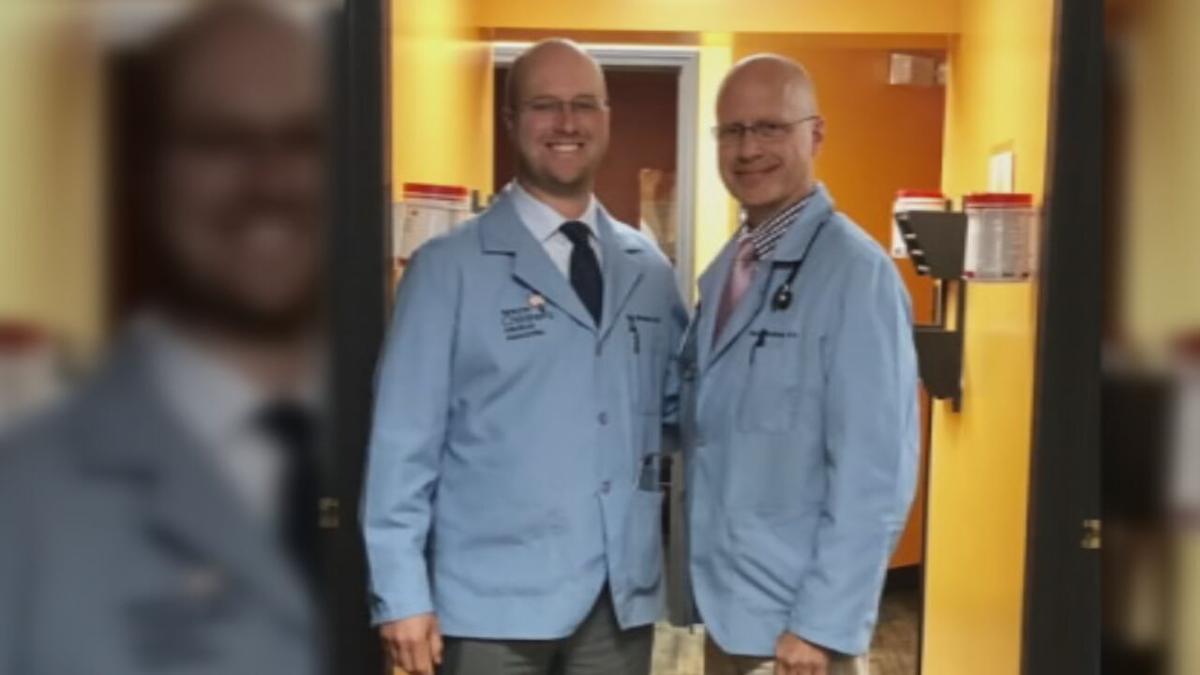 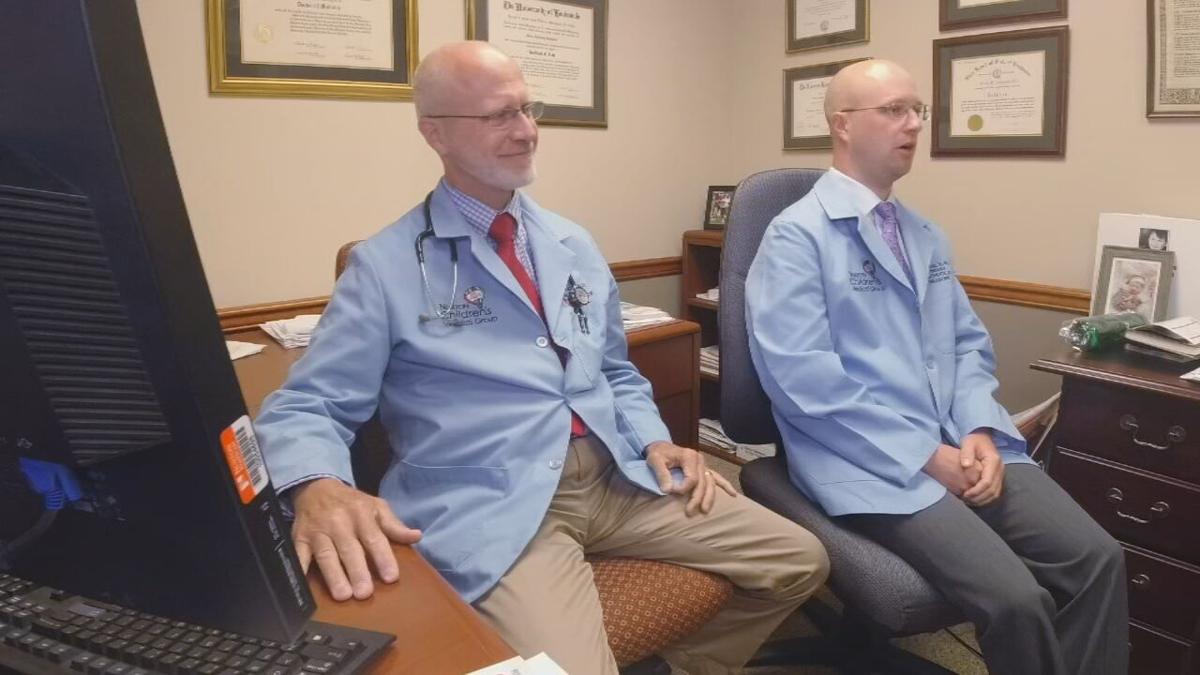 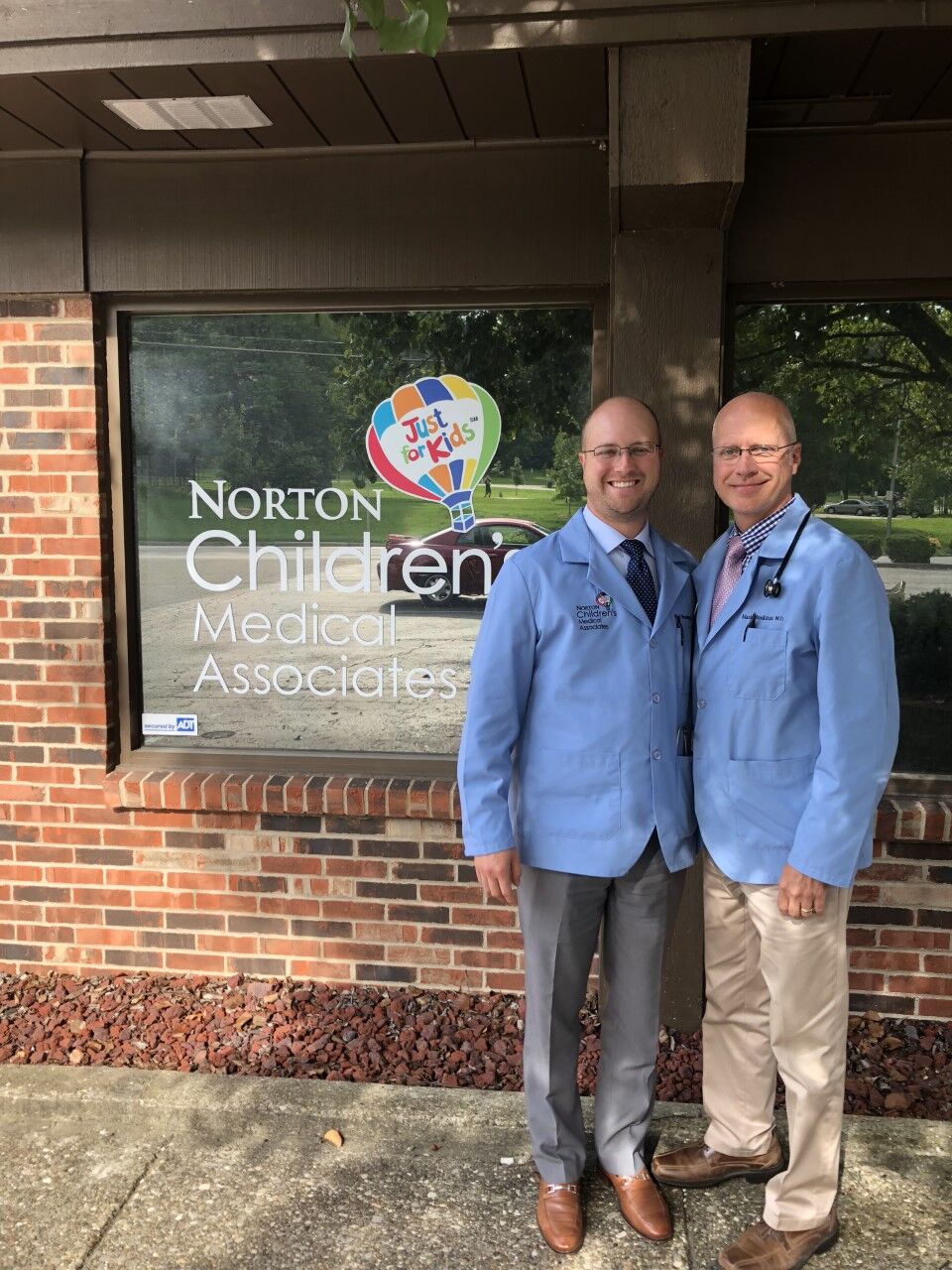 LOUISVILLE, Ky. (WDRB) -- The saying "Like father, like son," is a fitting description for a father-son doctor duo in Louisville, working at the same practice.

Brockman Sr. has been working at the practice for nearly thirty years. Brockman Jr. joined the team in 2018 after graduating from the University of Louisville School of Medicine in 2015.

"Growing up, when dad would go to the hospital or something like that, especially on the weekends, I would get to go with him," said Brockman Jr.

From the glasses to the blue coats to the bald heads, the two often have patients and their coworkers checking twice to see which is which.

"They sound similar too! You'll hear them in one room and you'll think it's one or the other but they always sound alike," said Lori Roadhouse.

Roadhouse works at the practice as a medical assistant.

"It's weird because sometimes I have to double take because I feel like they're so much alike, then I'm like 'Oh, this is dad!' Father and son! I love that. I love that he gets to have a son here in his work that he followed in his footsteps," said Holly Payne.

Payne says many of her children have seen Brockman Sr. over the years and says her family wanted to stay with the practice after having her 9-month-old son Lyle.

"We wanted to really get to know Brockman Jr. because we wanted to grow with him and we're hoping he'll be here as long as his dad has been here," said Payne. "They're like our family. They're super hands on and loving and caring, and it's just family."

"They go back in their office and they talk about different things and it's so cute. They're just chatting back and forth and they're so cool," said Roadhouse.

Brockman Sr. says he was careful not to push his career onto his kids, but says he was honored with his son chose to follow in his footsteps.

Both doctors say this year is extra special because it's the first year both of them will have the title, 'Dad.'

Brockman Jr. and his wife welcomed their daughter Willow to their family eight months ago.

He says fatherhood has now given him a better understanding of what it means to be a pediatric doctor.

"I always told parents, 'Oh I know exactly what you're talking about and I didn't. So now when I say it, I do mean it," said Brockman Jr.

"He just became a parent and he's relatively new out of training, my guys are all grown and I've been at it for a while, so we do bring different perspectives which makes it interesting," said Brockman Sr.

While Brockman Sr. says his son has helped him be more open-minded when it comes to care, Jr. says one of the biggest lessons he's learned is it's okay to ask for help from dad.

"I've called Dad at midnight before in residency and said, 'Hey, this is what I've got going on what do you think about that?' I still call him from time to time or shoot him a text message," said Brockman Jr.

While one father-son duo sharing a career is special, the theme runs in the family.

Brockman Sr.'s father was a family practice doctor, who worked just down the road from where they are practicing now.

"It's usually the grandparents that come in and say your dad was my doctor and my kids doctor so it really makes it fun," said Brockman Sr.

"Going from grandfather to dad to me, that's important to people," said Jr.

Sitting back-to-back in their office, surrounded by medical degrees and family photos, the two provide support to others and each other.

Brockman Jr. says he is going to follow his father's lead and not push medicine on his daughter. However, he says his wife is physician so it's likely his daughter will follow suit with one of them.

There are three other children in the Brockman family, all boys, and the youngest two are twins, who both became nurses at Norton Healthcare.