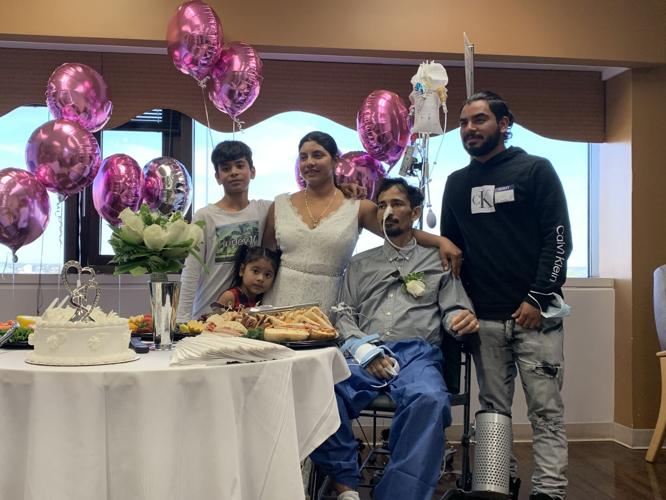 Daysy Rosales and Osmin Melendez pose for a photo with their children after their wedding inside U of L Hospital. 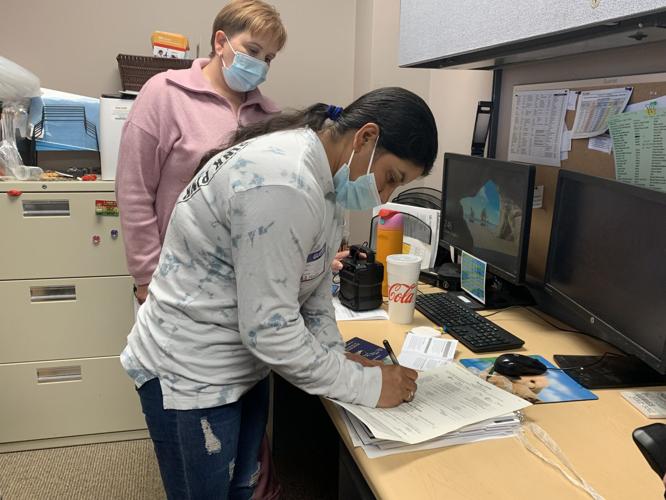 Daysy Rosales signs her marriage license in an office inside a U of L Hospital intensive care unit. 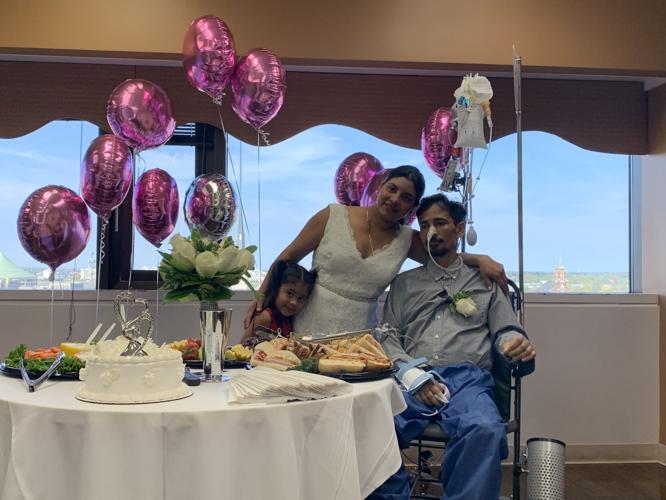 Daysy Rosales and Osmin Melendez pose for a photo with their daughter at the reception of their wedding inside U of L Hospital. 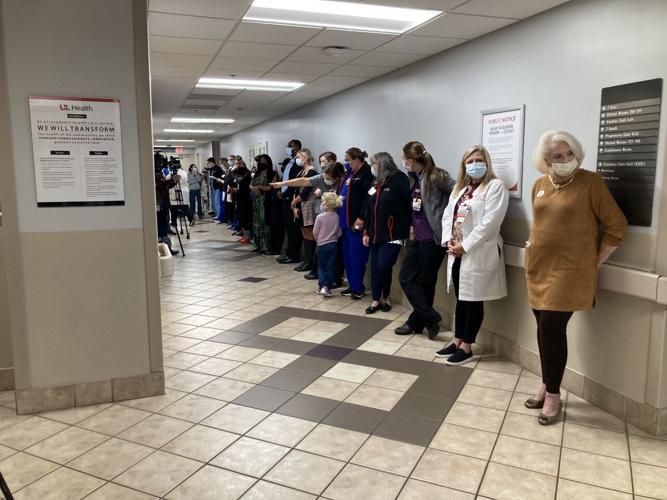 Osmin Melendez married his long-term girlfriend at UofL Hospital as part of his dying wish.

Osmin Melendez has fought colon cancer for months, but told nurses at 2:30 a.m. Tuesday his dying wish was to marry his long-term girlfriend, Daysy Rosales.

LOUISVILLE, Ky. (WDRB) -- With days left to live a patient at UofL Hospital had his final wish granted. To get married.

Osmin Melendez has fought colon cancer for months, but told nurses at 2:30 a.m. Tuesday his dying wish was to marry his long-term girlfriend, Daysy Rosales.

Within hours, a wedding was held in the hallway outside of the ICU wing Melendez was in. The aisle, lined with wedding guests wearing scrubs and jeans.

"With him being sick, this is something we will have for the rest of our life," said Rosales.

Melendez and Rosales had been together for 18 years, and have three children.

Nurses and staff at U of L Hospital worked for hours making calls and preparing to make sure that Melendez’s wish could come true. Melendez did not simply want a wedding ceremony — he hoped he and Rosales could be legally married.

“In the state of Kentucky both parties have to be present at the county clerk's office, but because of his illness he was not able to go,” Director of Critical Care Services Kim Wilson said.

To get it done, UofL Hospital’s CEO Ken Marshall reached out to Kentucky's Attorney General Daniel Cameron’s office to get an exception.

As word got out about the situation, many people pitched in to help. David's Bridal donated a new dress off the rack. Nurses and other staff coordinated getting a cake, bouquet and decorations. U of L Hospital's nutrition services catered food for a reception held in the waiting room near Melendez's hospital room.

“It literally started at eight o'clock this morning and just snow balled," Wilson said. "To know we could make someone's dying wish come true, that's a rare, you don't get to do that so if God blesses you to make that happen, you should take advantage of it."

"We've always wanted to, just had never had the moment to do it, but today [Tuesday] the occasion happened and it was very lovely," said Rosales.

Bilal Qazi, a student at Bellarmine University, is an intern with WDRB News. Copyright 2022 WDRB Media. All Rights Reserved.