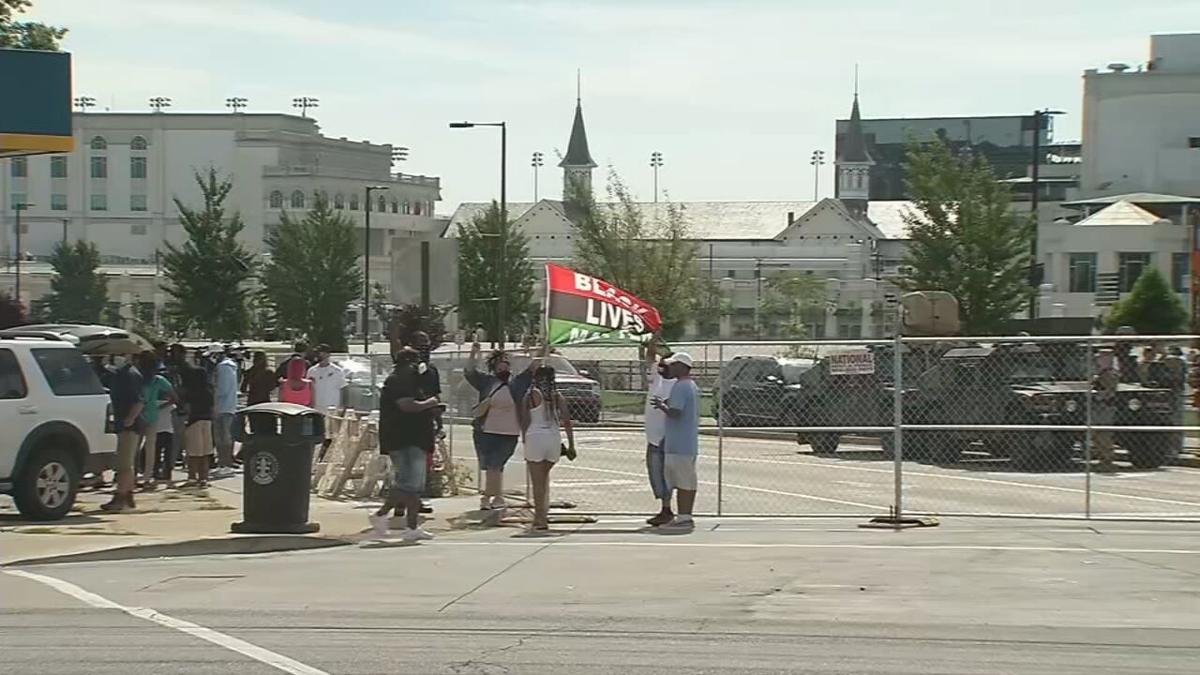 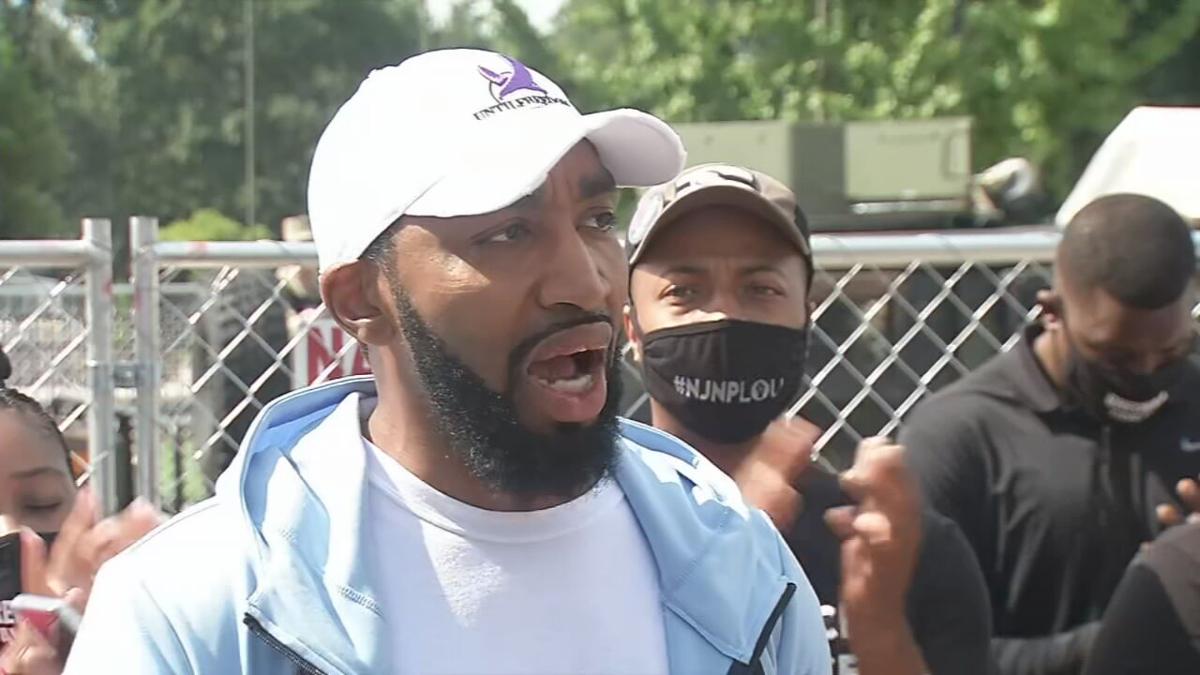 With cries of "No justice, no Derby," the demonstrators called for what they say is justice for the death of Breonna Taylor: that all of the officers involved in her shooting be charged with murder.

Tamika Mallory, co-founder of Until Freedom, called out what she said was "serious hypocrisy" on the part of Metro Louisville for holding the 146th Kentucky Derby, "so that horses can run for the entertainment of the rich and famous."

"Meanwhile, the body and blood of Breonna Taylor is on your hands," she said.

The news conference was held behind fences along Central Avenue. Tim Findley, pastor of Kingdom Fellowship, pointed to nearby vehicles that he classified as military-style "tanks" that had been positioned along the street, calling them indications of a "pattern" by law enforcement.

"The pattern is meeting peaceful protesters with over-militarization, with provocation, with continued stoking of fear," he said.

LMPD Deputy Chief LaVita Chavous later clarified that the vehicles Findley referenced were not tanks, but armored vehicles that she said are positioned there every year.

Findley admitted that the first two days of protests sparked by the Breonna Taylor case had been "difficult days," but that the remaining 98 days of protest had been peaceful, adding that the rioting and looting that critics had predicted did not happen.

"This is a dramatic response to nothing," he said. "This is a ridiculous response."

Mallory criticized the city for erecting the fences and asking the protesters to remain behind them on Saturday, likening it to "slave-like conditions."

"We are not slaves," she said. "We got out of cages a long time ago, in case you did not know."

But Chavous said the fences are erected along Central Avenue every year to ensure the safety of pedestrians making their way to the racetrack.

"We have had a fence up every year," she said, adding that, "this is nothing different than the many years that we've done Derby."

Mallory said she could not promise that protesters would be "peaceful," only that they would be non-violent. She also said her issue with the Derby wasn't whether or not there would be fans, it was that, "the horses shouldn't be running" at all.

"Justice for Breonna Taylor is more important than this race," she said.

She said the protesters would remain in Louisville until Mayor Greg Fischer and Kentucky Attorney General Daniel Cameron "get their act together" and charge the officers involved in the Breonna Taylor raid with murder.

The demonstrators called on Louisville residents to come meet them at South Central Park on Saturday, Derby Day, at 4:30 p.m. to join them in the protests.

"Come out," said Mario Martin, pastor of Praise Nation Church in Louisville. "Come out and meet us tomorrow at 4:30. We're right here. And there are no tanks big enough to stop us."

For her part, Chavous said there would be a large presence of LMPD officers at and around Churchill Downs, and that a portion of Central Avenue and some nearby streets would be closed -- something she reiterated happens every year on Derby Day.

She also decried what she said were several "rumors" about what protesters intended to do, including claims that there would be an increase in carjackings. She said these rumors were created to "stoke fear and division."

"We can't have that as a city," she said, adding that, police would not intervene with "lawful protests that are not violent."

She said LMPD's "primary goal" is that everyone coming to Churchill Downs could "safely enjoy Derby," whether they are watching the race, or "protesting for racial justice."