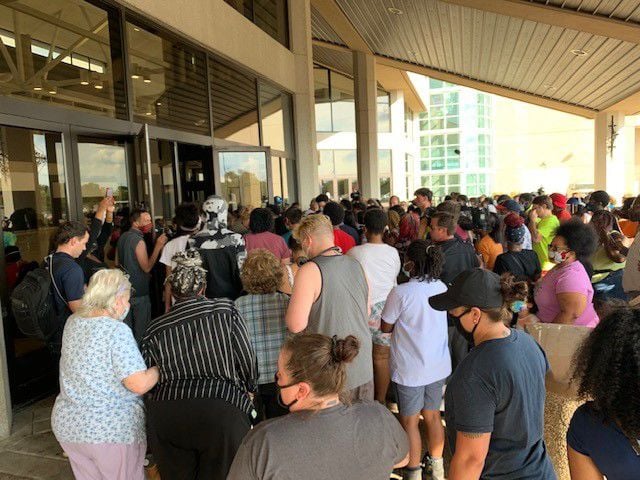 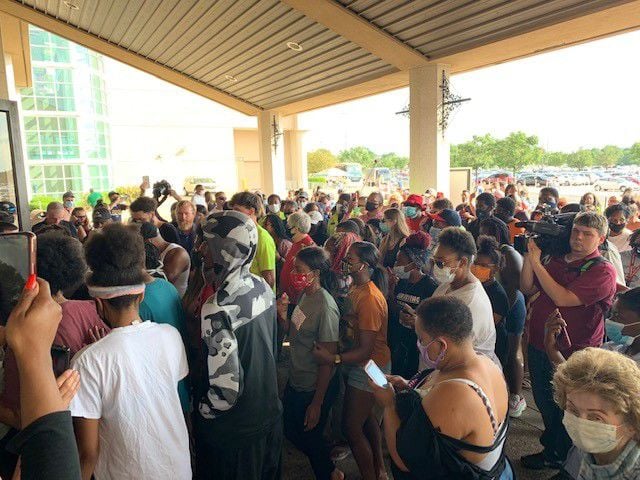 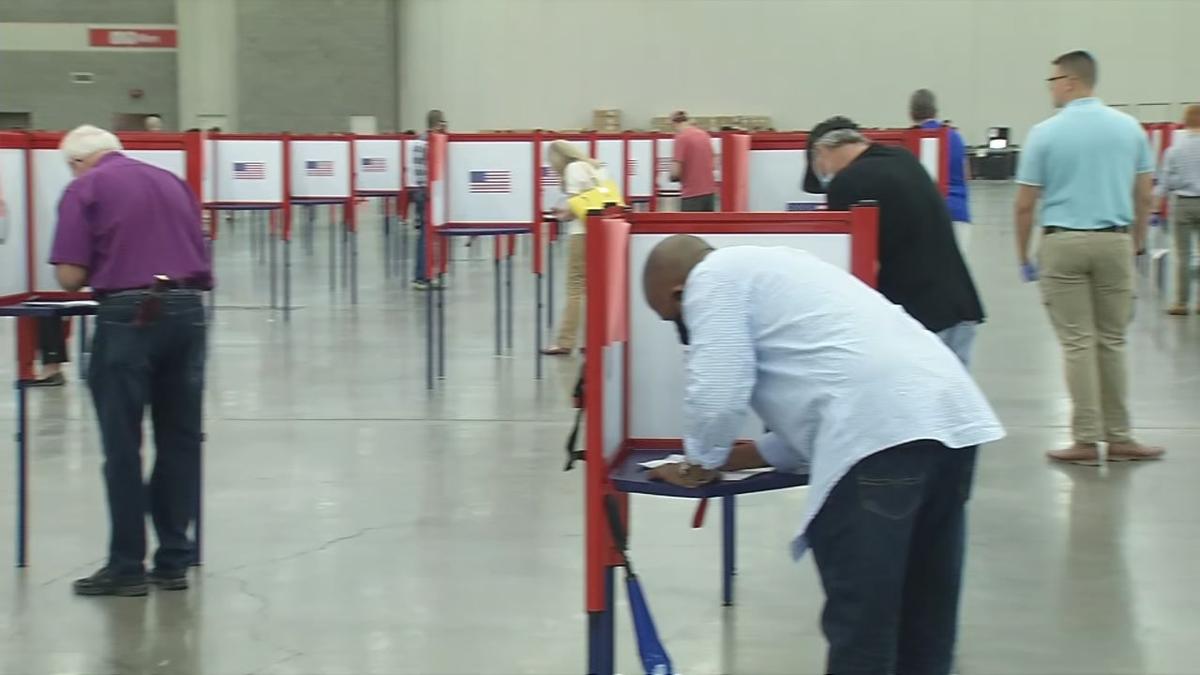 In Jefferson County, voters are going to the polls at the Kentucky Expo Center, for the Kentucky primary where thousands have already cast ballots over the past week. June 23, 2020 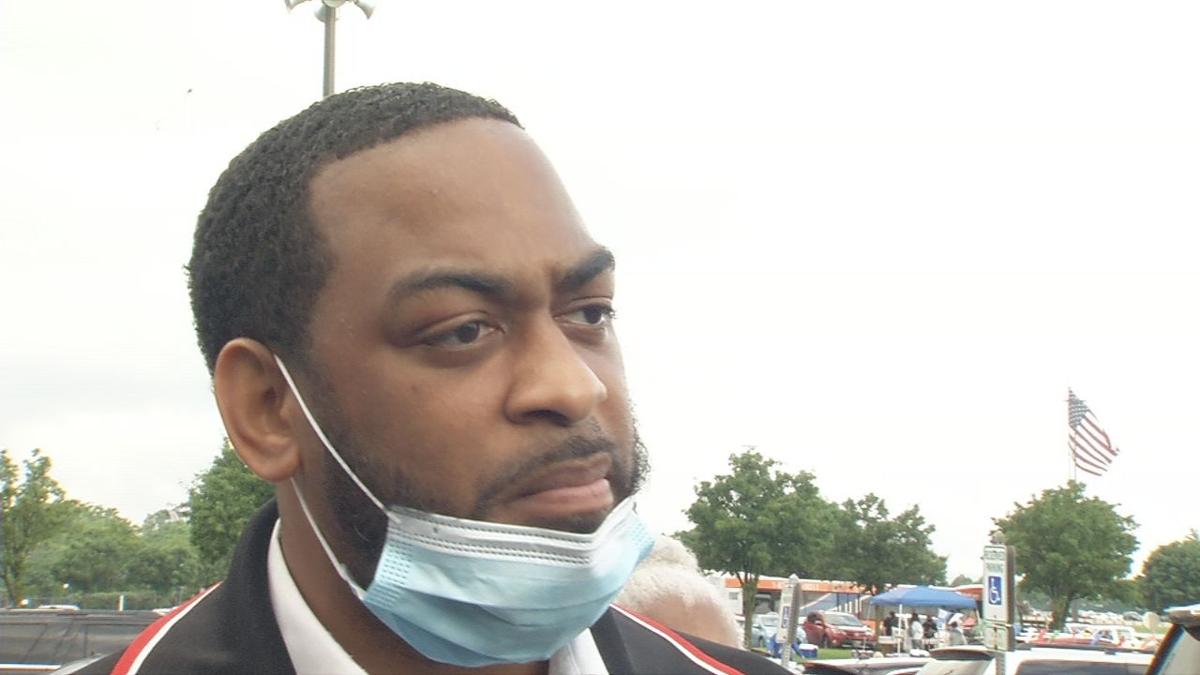 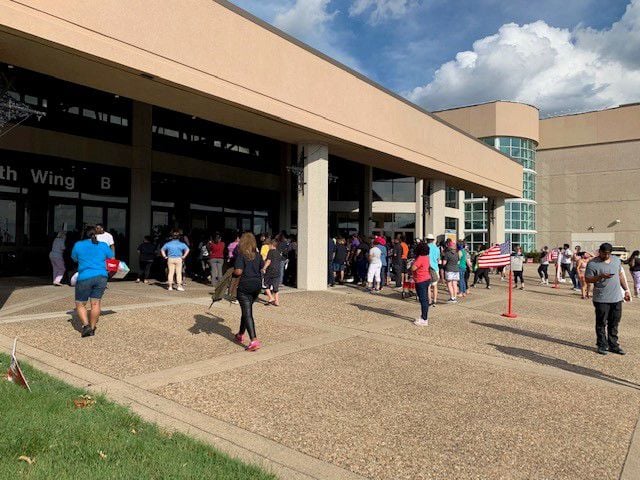 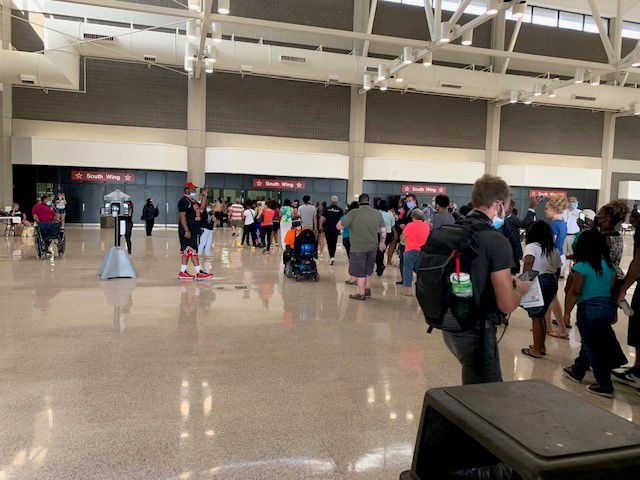 In Jefferson County, voters are going to the polls at the Kentucky Expo Center, for the Kentucky primary where thousands have already cast ballots over the past week. June 23, 2020

Booker, a Louisville Democrat, requested an injunction Tuesday after reports that people were stuck in traffic and could not get to the voting location before it closed at 6 p.m.

However, the state Board of Elections said things went smoothly, aside from issues with voting hours.

Doors are closed here at @kyexpocenter - board of elections said they have not been told of staying open until 9. Everyone who was waiting to vote got in with the extra allotted 30 minutes. @WDRBNews pic.twitter.com/UR5FjgzIdu

#Update: Jefferson Co. Board of elections said all people who were in line have been able to vote. The booths are being taken down and the building is being closed soon. @WDRBNews

I want to really emphasize something here. By my accounts, ANY voter who was on this property at 6 p.m. was given the chance to vote. When doors locked at 6:30 there was NO ONE in line that was turned away. #AllEyesOnKentucky https://t.co/065sXpAAw1

One of Booker's opponents in the primary, Amy McGrath, said on Twitter that her campaign, too, would file an injunction to keep the polls open in Jefferson County.

Election rules state if you are in line when the polls close, you are allowed to vote. But many voters were still in their cars waiting in line to get into the Expo Center. Once parked, many of those voters arrived to locked doors since it was after 6 p.m., which prompted some of them to bang on the windows, according to WDRB reporters Joel Schipper and Dalton Godbey.

Election officials reopened the doors for voters to enter about 6:25 p.m., Godbey reported.

The injunction was granted, but extended polling hours only to 6:30 p.m., to allow everyone in line, about 200 people, to vote.

Nore Ghibaudy, with the Jefferson County Board of Elections, said, "Even the folks that came in with the second group, once they got in they were very cordial, they were very pleasant. They were out to vote, and I think that is great."

Around 7 p.m., the last voters had cast their ballots.

Booker’s campaign manager, Colin Lauderdale, had said in a news release that he had heard reports of people "stuck in hour-long lines to park their car before they can vote."

“We’re fully committed to ensuring that each one of those people can vote, which is why we’re filing an emergency petition to extend voting hours," Lauderdale said in the release. "We need to keep the only polling location in Louisville open, because every single voice deserves to be heard and everyone who wants to should be able to cast their ballot."

Booker's campaign said given that the expo center serves as Jefferson County’s sole voting location, voting hours should be extended, particularly because the county also is home of most of the state’s Black voters.

Booker is seeking the Democratic party’s nomination for U.S. Senate to run against Senate Majority Leader Mitch McConnell in the fall. Election officials say it could be at least a week until any results are released. They're hoping to get back to traditional voting procedures in November.

Booker and others have said that having only one voting location in counties as big as Jefferson and Fayette amounts to voter suppression.

Gov. Andy Beshear, however, said the election plan was the "opposite" of voter suppression. He addressed the claims and concerns Monday, emphasizing that the state allowed mail-in voting and no-excuse early, in-person voting for the first time in the commonwealth's history.

"The voters aren't being suppressed," Adams said. "They're voting. And look at our turnout. Our turnout is through the roof. It's the highest it's ever been in a presidential primary election cycle."

In Jefferson County, the number of absentee ballots requested for this primary surpassed the total number of votes in the county last year by more than 80,000.