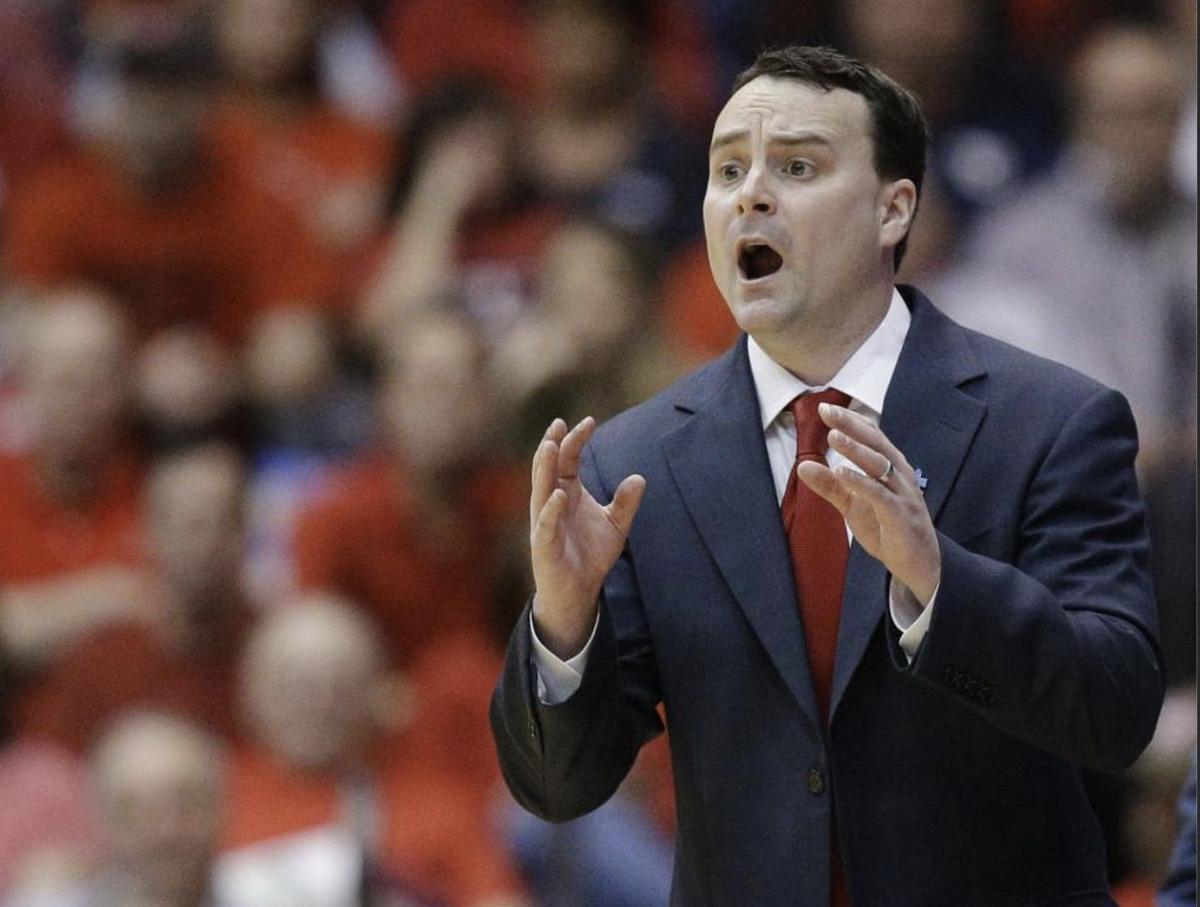 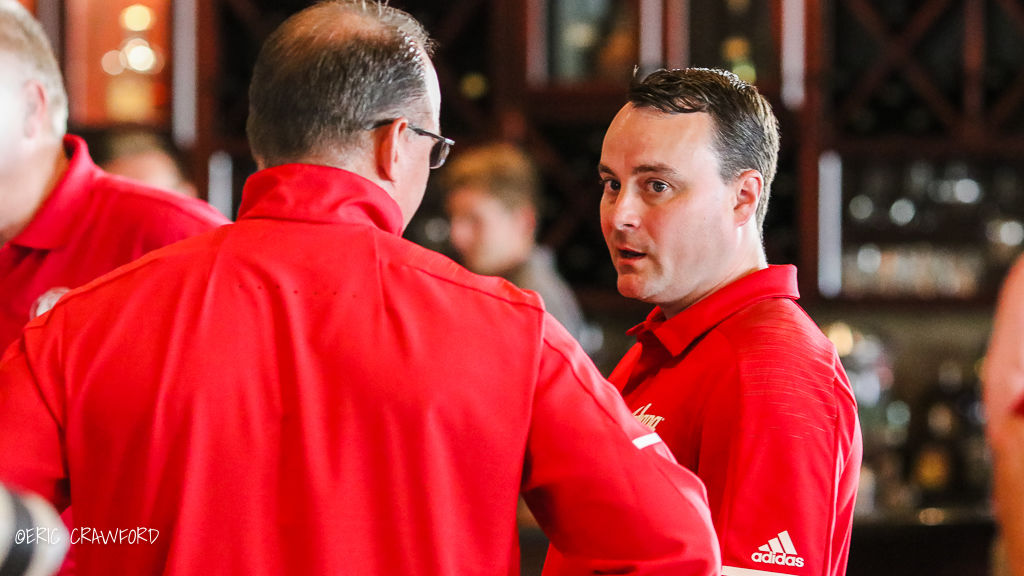 Indiana coach Archie Miller talks with Hoosiers' football coach Tom Allen at a Huber's Orchard and Winery event on May 29, 2019.

Indiana coach Archie Miller talks with Hoosiers' football coach Tom Allen at a Huber's Orchard and Winery event on May 29, 2019.

Rethink the game-day atmosphere, pre-game music and even the candy-striped pants.

Completely let go of the visions of the Bob Knight era, including the idea the Hoosiers can consistently contend for national titles.

It’s been 19 seasons since IU’s last Final Four appearance, 34 since the last national title. Even the "Wat Shot" replays have become stale.

But nine months into his job, IU Athletic Director Scott Dolson made $10.3 million striking points about the job Monday:

He does not agree.

And Dolson also does not believe that Indiana’s massive, engaged following agrees. Archie Miller had to be replaced — with funds raised from private sources.

The IU faithful were not apathetic. They were angry about the lack of progress Miller and his plodding approach made toward returning the sagging program to the national conversation over four uneven seasons.

At Indiana, expectations remain full-sized. This is a program that should never suffer five consecutive seasons without an NCAA Tournament appearance.

This is a program that has the necessary resources and energy (internal and external) to compete at the top of the Big Ten with Michigan State, Wisconsin and the other flavors of the month.

This is a program that should never lose nine consecutive games to Purdue — or three straight to Rutgers.

Miller was hesitant to embrace it. He’s a solid, earnest, blue-collar guy. The Indiana basketball coach is one of the 10 most recognizable personalities in the state. That wasn’t Miller. Not when he arrived from Dayton. Not when he departs for his next challenge, where Miller is likely to succeed.

You can’t coach Indiana basketball from a bunker. You can’t simply be “a ball guy,” unless all you do is win, win and win.

You’ve got to sell yourself, your program and your vision. Ignore that and you risk losing the fan base. Miller lost the fan base as quickly as any coach I can remember. As one veteran IU fan told me Monday, "In 4 years, I never saw him smile."

His favorability rating seemed like less than 5% when the Hoosiers were booed off the court in the Big Ten Tournament last Thursday in Indianapolis.

Miller struggled with that part of the job as much as he struggled getting his guys to make jump shots or to defend the 3-point line.

That gives more context to why he was fired with three years and more than $10 million remaining on the contract Miller signed to replace Tom Crean in 2017.

Understand the message: When a program is prepared to pay $10 million to buy-out a coach during a pandemic, the program does not believe it is resigned to the middle of the pack in the Big Ten.

This is day one of the coaching transition. There will be time to debate the viability of all half-dozen names. Buyouts, age, salary demands and the personalities can all be debated.

But there likely won’t be as much time as you believe.

“The word is they’re going to move quickly,” one source said.

“They must have a guy who is their home run hire to do what they did today,” another college basketball source said.

I asked the two sources to outline what they perceived to be the strengths as well as the challenges of the IU job.

Strengths: tradition and engaged fan base; game-day atmosphere; solid recruiting base and the willingness to spend on the basketball program.

Challenges: Unrealistic expectations to repeat the on-court success of Knight, who won three national titles and at least a share of eight Big Ten championships during his first 16 seasons.

“They have to let that go,” the source said. “It’s a different landscape out there.”

The sources said that Indiana’s facilities — Assembly Hall for games; Cook Hall for practice — were certainly good enough to win but not the best in college basketball.

“Players today aren’t as wowed by Assembly Hall as Indiana fans believe that they are,” the source said.

But the point that Dolson made by moving forward from Miller four days after the end of another uninspiring season was equally relevant: There’s no reason for Indiana to abandon its goal of being one of the top programs in the Big Ten.